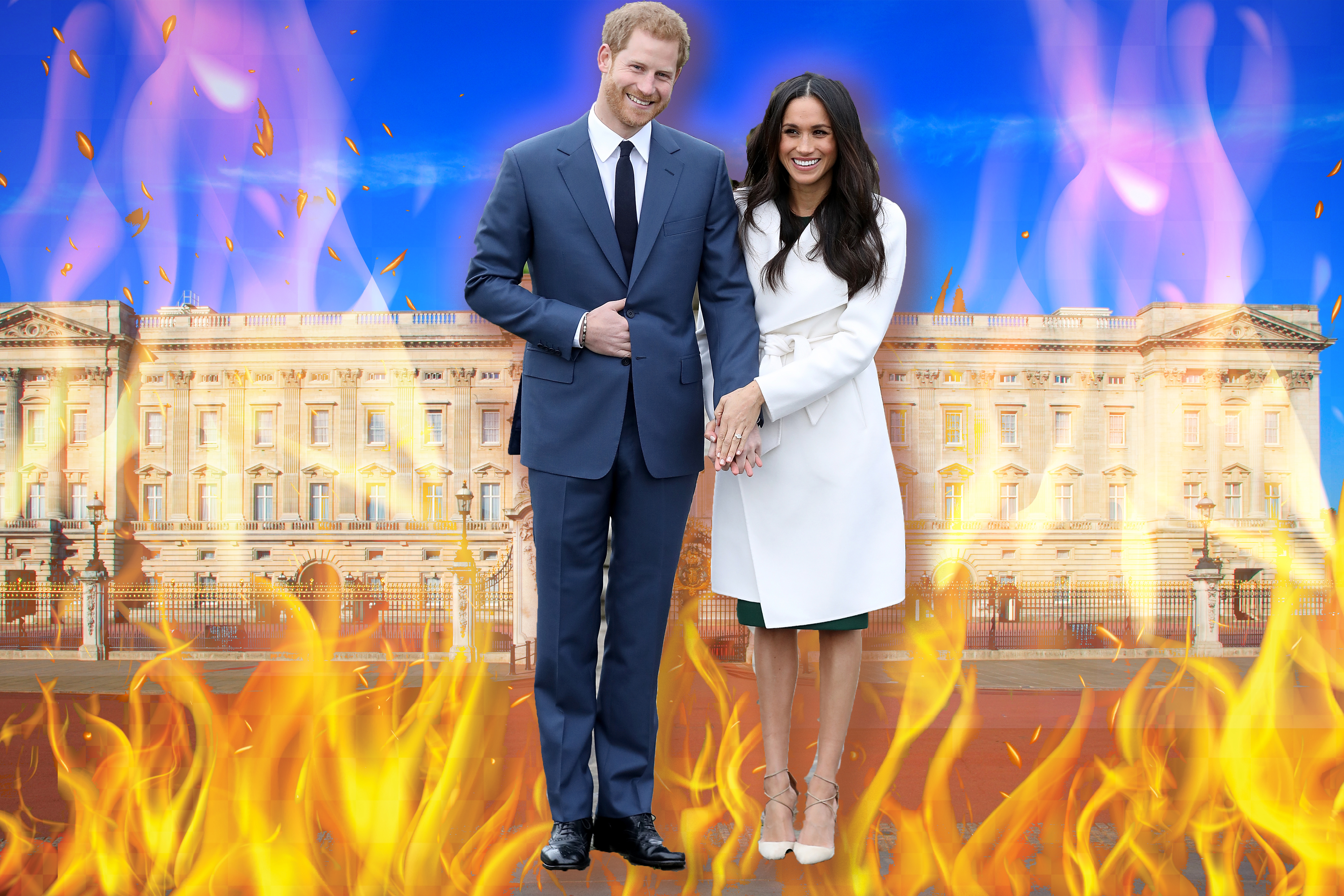 To cop a lyric from the legendary UK punk band the Sex Pistols, it could be “Anarchy in the UK” — if the Twitterverse has anything to say about it.

The latest cancel-culture campaign appears to have been spurred by 39-year-old Markle’s revelations that she contemplated suicide amid a barrage of tabloid headlines accusing “Hurricane Meghan” of making palace staffers cry — while existing in a toxic environment where the color of her son Archie’s skin was a topic of debate.

After the CBS interview, Twitter was flooded with the hashtag #AbolishTheMonarchy, with some posters invoking the 36-year-old prince’s beloved mum while criticizing the royal family.

“Diana had the final say over that evil family,” one supportive Twitter user posted. She protected her baby. #TeamMeghan #AbolishTheMonarchy.”

Another social-media justice warrior chimed in: “People waking up today just realising that the British Monarchy is a classist, racist institution? Ok. Sure. #AbolishTheMonarchy.”

Of course, the royal family did have their Twitter defenders — which appeared to outrage some hashtaggers:

Other tweeters pointed out that an American — a black one — came to the couple’s rescue in what they claim was their time of time of need, as “The Firm” had canceled their personal security amid death threats.

Some hashtag clout chasers expressed support for the Duchess of Sussex: “Proud of meghan to open up about what has happened to her,” one posted. “Just hearing what she went through and how badly she was treated is so heartbreaking. #AbolishTheMonarchy.”

However, the hashtag’s general consensus was a clarion call that the royal family that Princess Diana once called the “establishment I married into” has long since outlived its place in modern society.

“The royal family repeatedly expressed concerns about her baby’s skin colour,” British actor-director David Schneider posted in a particularly scathing tweet. “They discussed not giving him a royal title. They failed to protect her from tabloid race-baiting. The monarchy is not fit for purpose. It should go.”

The Republic, a UK-based “campaign to replace the monarchy with an elected head of state,” declared that the interview “does make this amazing country look ridiculous. We deserve better and can do better.”

The palace has yet to offer official comment on the latest intrigue surrounding Prince Harry and Markle.