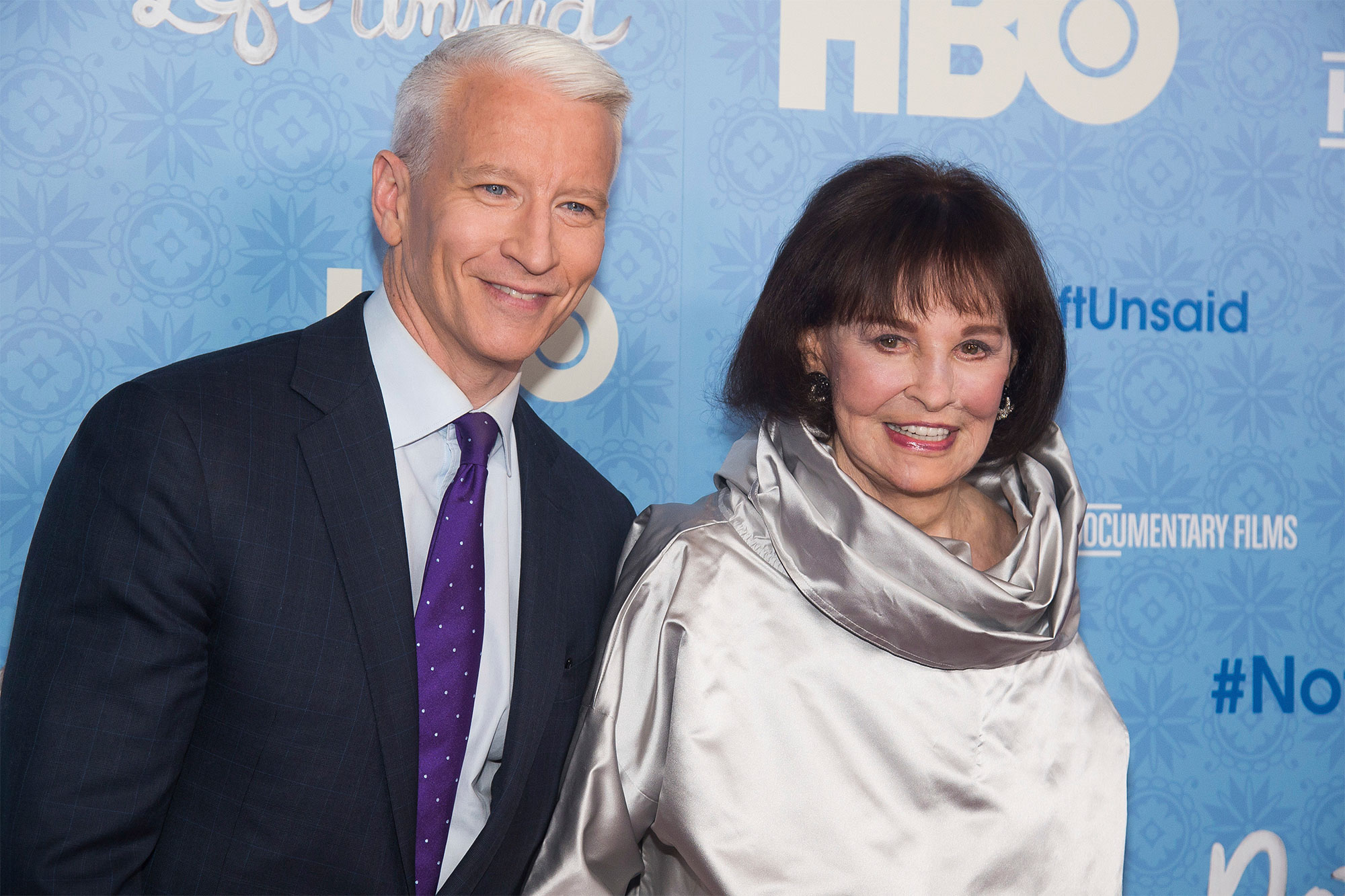 Anderson Cooper took a sweet walk down memory lane when he reminisced about his final days with his late mother, Gloria Vanderbilt.

During the “Anderson Cooper and Andy Cohen in Conversation” event in New York City, the CNN journalist got candid about his late mom, who passed away from stomach cancer in 2019 at the age of 95.

The conversation was broadcasted on SiriusXM’s Radio Andy on Tuesday. “We had an amazing last week or two together. We would just lay on her bed and hold hands,” Cooper, 54, revealed to his pal Cohen.

The anchor continued, “When she got the diagnosis … she paused for a long time. She was like, ‘Is it treatable?’ And [the doctor] said, ‘Look, you can go through treatments, but it’s like a miracle moonshot if it has any impact, and you’re going to be in a hospital.’”

“And she was like, ‘No, of course not.’ And then she paused for a long time and she said, ‘Well, it’s like that old song. Show me the way to get out of this world, because that’s where everything is,’ which is an old Peggy Lee song,” Cooper said.

Cooper found a video of Lee performing the song “Is That All There Is” at a nightclub and he gave it to his mother.

“I showed [the video] to my mom and she was like, ‘Oh, that’s marvelous,’ which was a big word my mom liked. And it became this thing that we would look at, this Peggy Lee video of her singing ‘Is That All There Is,’ like, once or twice a day,” Cooper said as he was about to shed a tear.

He added, “And then she started to sing along to it and I would start to sing along. And then we had this great moment where she was holding my hand while we were listening to the song and it was like we were dancing. And it was lovely.”

“She also was watching ‘Shark Tank’ a lot, which was weird,” he said.

Cooper recently admitted that he won’t be leaving his son Wyatt Cooper an inheritance just like Gloria didn’t for her son. Cooper inherited less than $1.5 million from Gloria’s estate.

“I don’t believe in passing on huge amounts of money,” he said on the Sept. 25 episode of the “Morning Meeting” podcast. “I’m not that interested in money, but I don’t intend to have some sort of pot of gold for my son. I’ll go with what my parents said … ‘College will be paid for, and then you gotta get on it.’”