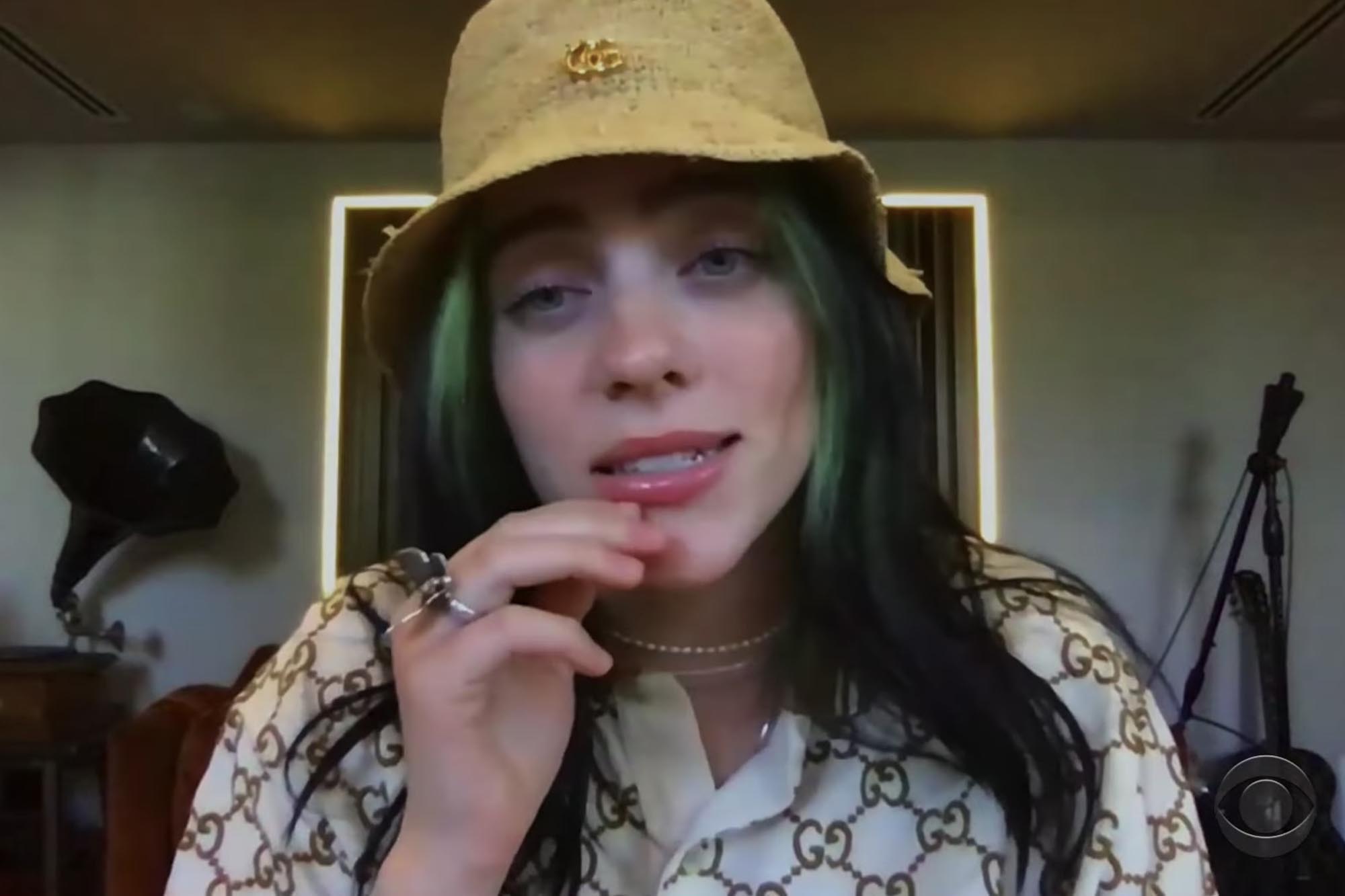 Billie Eilish’s biggest fear is being a “Bad Guy” to her fans.

“I wanted to be the artist that I would want to be a fan of,” Eilish, 19, revealed on the “The Late Show with Stephen Colbert” Tuesday night. “The idea that somebody could meet me and have a bad experience makes me wanna jump off a cliff, like, seriously. I want everyone that I come in contact with to feel completely just the highest high that they could possibly feel.”

The alt-pop princess, whose documentary, “Billie Eilish: The World’s a Little Blurry” premieres on Apple TV+ Friday, also reflected on her year in quarantine after canceling her “Where Do We Go?” world tour after just three shows last March.

“It felt, um, the same as it felt for everybody else. It was so weird,” said Eilish. “Like, none of the year went at all the way I thought [it would], and … I really think that’s for everyone, obviously. I think I’m just glad that I had the year before that to really have a moment.”

But the five-time Grammy winner found a silver lining on lockdown.

“The year sucked, and if I could go back and change it, I would, but at the same time, I’ve gotten more time off than I’ve ever ever ever ever had,” said Eilish. “And of course I think that goes for everyone. But that was true for me after two weeks of it. Two weeks already at the beginning of quarantine was the most time I had off in, like, four years.”

Eilish also found the creative space to make the much-anticipated follow-up to her debut album, 2019’s “When We All Fall Asleep, Where Do We Go?”

“I just don’t think I would have made the same album or even the album at all if it weren’t for COVID,” she said. “That doesn’t mean it’s, like, about COVID at all. It’s just that when things are different in your life, you’re different. It’s just how it is. I have to thank COVID for that — and that’s about it.”