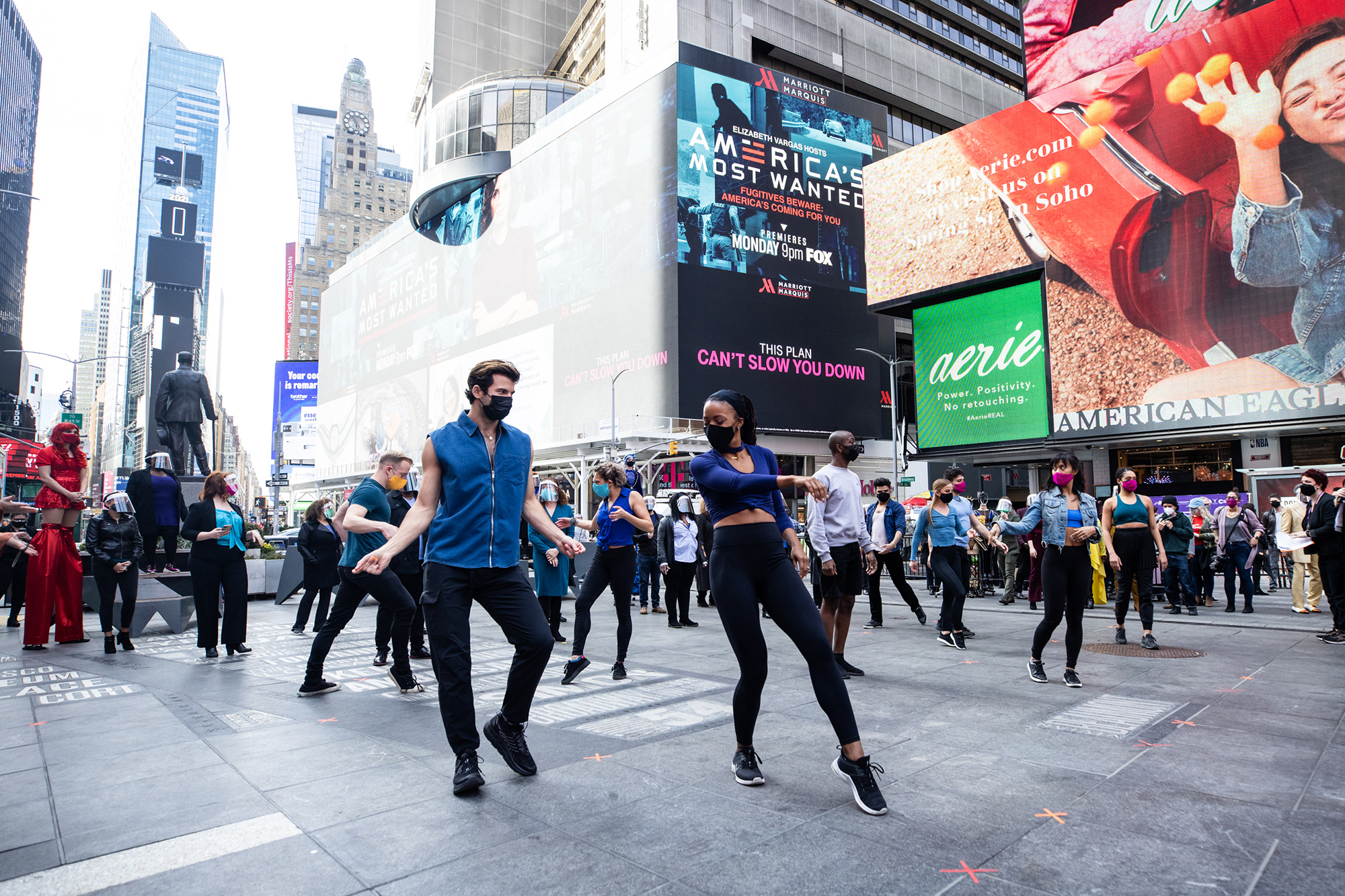 Broadway performers let the show go on for the first time in a year Friday with a live performance to mark the anniversary of the COVID-19 pandemic — as well as the theater industry’s forthcoming “rebirth.”

The Times Square Alliance hosted the “We Will Be Back” pop-up show in Duffy Square, with a host of “celebrities, performers and dozens of art workers from the Broadway community.”

“The event aims to provide a sense of hope as the industry and city move forward from the challenges brought on by the past year, by shining a spotlight on the arts workers who suffered during the theatre’s darkest hours as well as celebrating the sense of community and diversity within the arts environment that mirrors that of New York City itself,” officials said in a press release.

While an exact date for Broadway to reopen has not yet been set, industry insiders have said they hope to get back up and running by early September.

The Great White Way went dark on March 12, 2020, as the COVID-19 pandemic began ravaging the Big Apple — forcing some 97,000 industry workers out of jobs.

Joe Buck will take a turn as ‘Jeopardy!’ guest host

‘Black Panther II’ will not leave Georgia despite voting laws

Dean Norris pivots to comedy in ‘United States of Al’