Is this a crime of fashion?

“I don’t think it’s a coincidence,” Cecilia Monge, 22, laments in the clip, which she initially hesitated to make as she doubted the shoe giant had seen her original concepts. However, the aspiring footwear maven eventually took it to TikTok after her family convinced her she’d been the target of a sneaker attack.

In the viral video, the designer recounted how she applied for the design internship with Nike-owned footwear firm in 2019, for which she sent designs for “National Park”-inspired kicks with her application.

“I really wanted the position,” Monge told fashion blog Diet Prada of the inspiration behind her pitch. “I thought I should show initiative and create my own line of Converse to show them I could be successful in the role if they hired me, which is a common practice in design roles.”

Unfortunately, the budding designer never heard back from Converse, per the clip. Then, in May, she saw an internet advert showcasing the shoe purveyor’s new range of National Park-themed shoes — which looked eerily similar to her prospective pair.

In order to illustrate the resemblance, Monge shared a side-by-side comparison of one of her designs — called the Grand Canyon — and the newly released Unisex Converse Chuck 70 National Parks High Top in Red Bark. Both the original and alleged knockoff feature brown, red, yellow and orange stripes, the latter of which Converse claimed was “inspired by vistas of national parks” on its site.

Another one of Monge’s submissions, dubbed “Yellowstone” due to its geothermal-themed color pattern, also has a Converse doppelganger, which looks identical to hers down to “the order of the colors and the actual hues,” she fumed. Neither of the designs are available on the shoe brand’s US website, but can be purchased in Australia.

The crushed creator found the resemblance especially suspect as Converse “didn’t assign an interview project or ask us to design a line for the national parks,” she told Diet Prada.

She added, “I 100% came up with designs and the concept on my own and sent it in to them in good faith.”

Fortunately, Monge’s TikTok fashion statement lit a fire in the peanut gallery, who lambasted Converse over their alleged shoe robbery.

“@converse why are you stealing from professionals and also not even hiring them,” wondered one supporter of the devastated designer.

Another wrote, “Do better @converse and PAY UP.”

One fan told Monge she would buy her shoes over the Converse version any day.

“U have no idea HOW much that makes me feel better,” gushed Monge in response. “Appreciate you!”

The bedraggled sneaker artist hopes her saga can help shed light on the larger trend of big businesses pilfering from anonymous creators.

“I’m hoping for more people to care about large companies stepping on the little guy, and to learn more about how often large companies are powered by the creativity of people they didn’t even give the time of day,” she said. 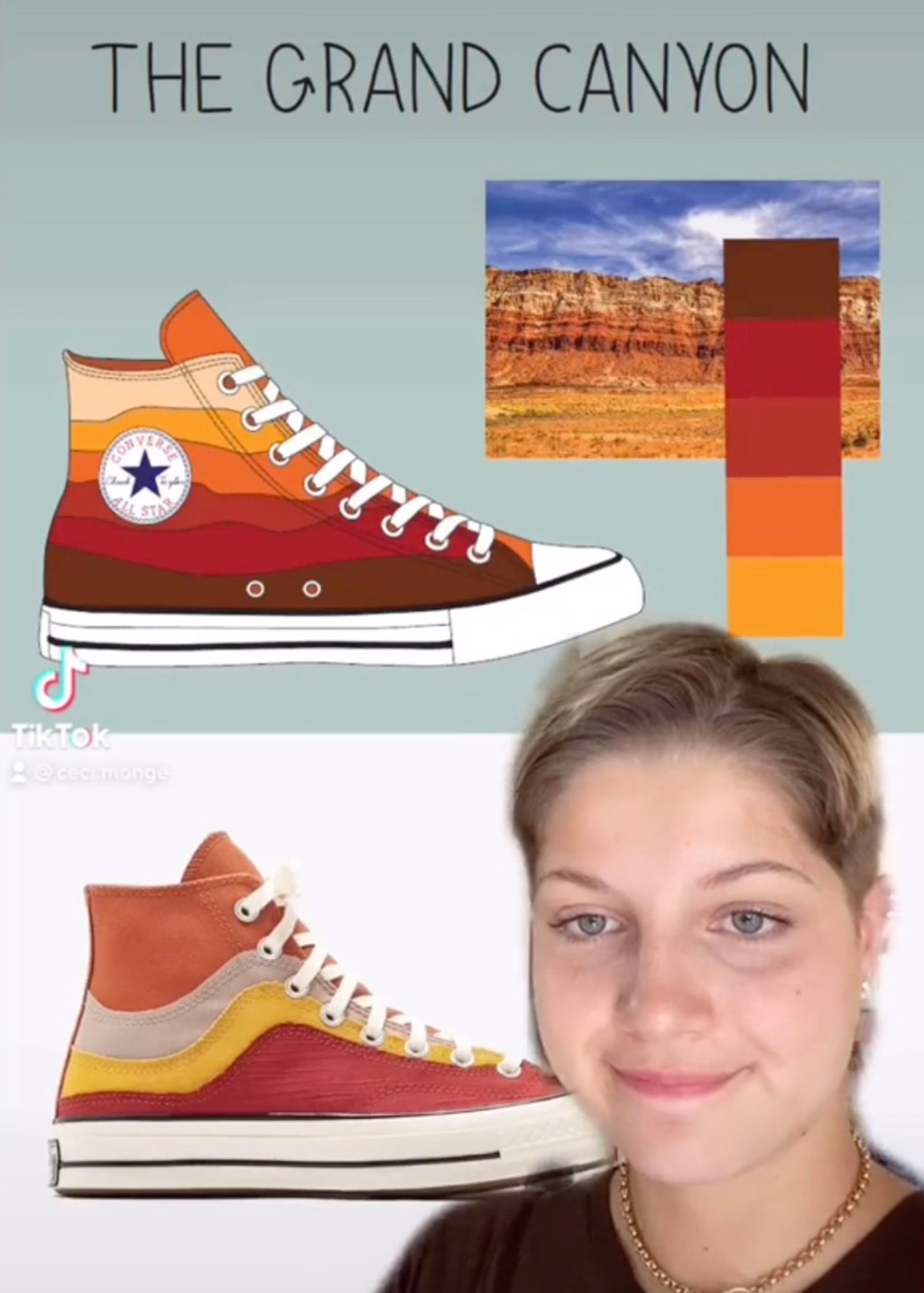 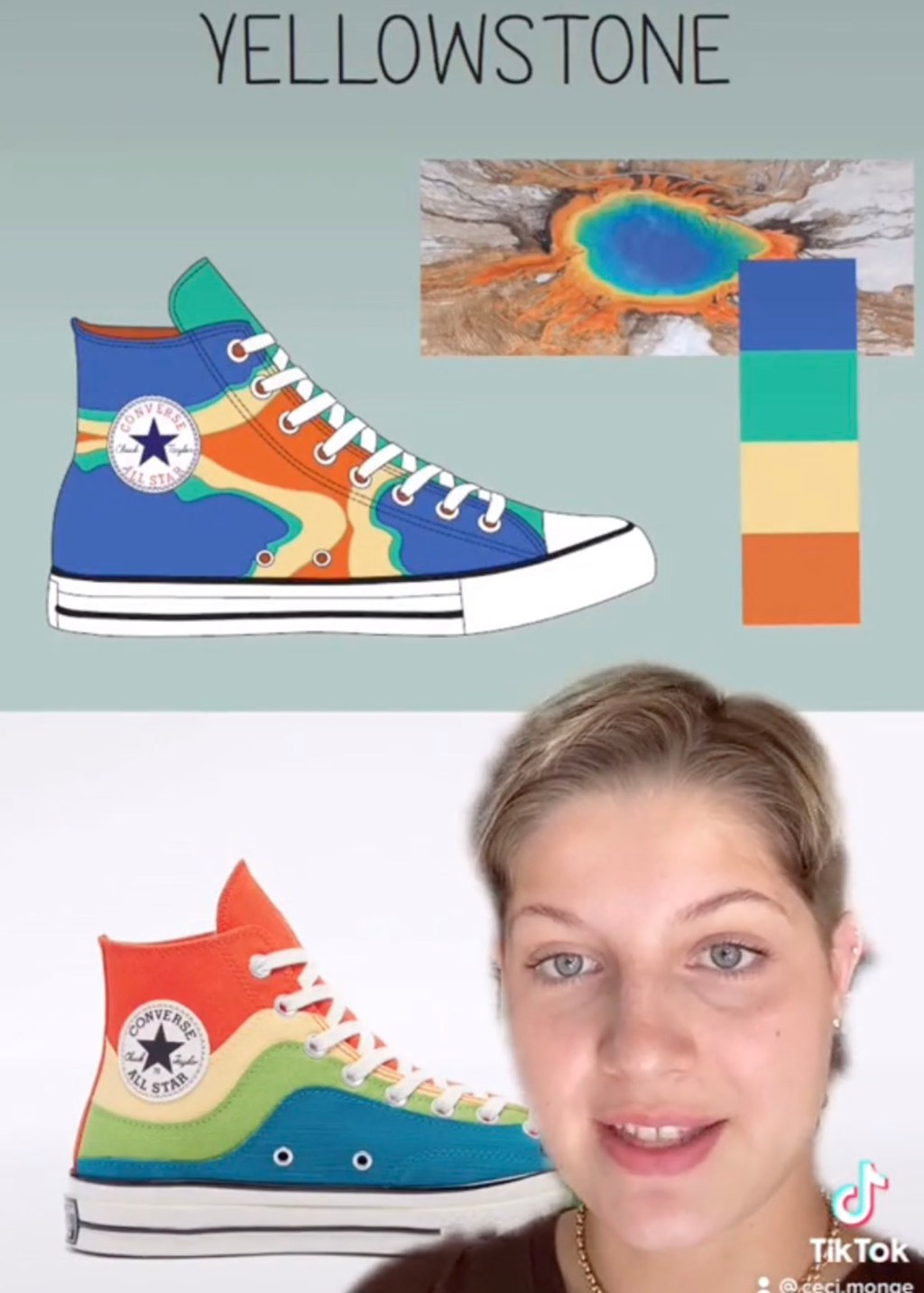