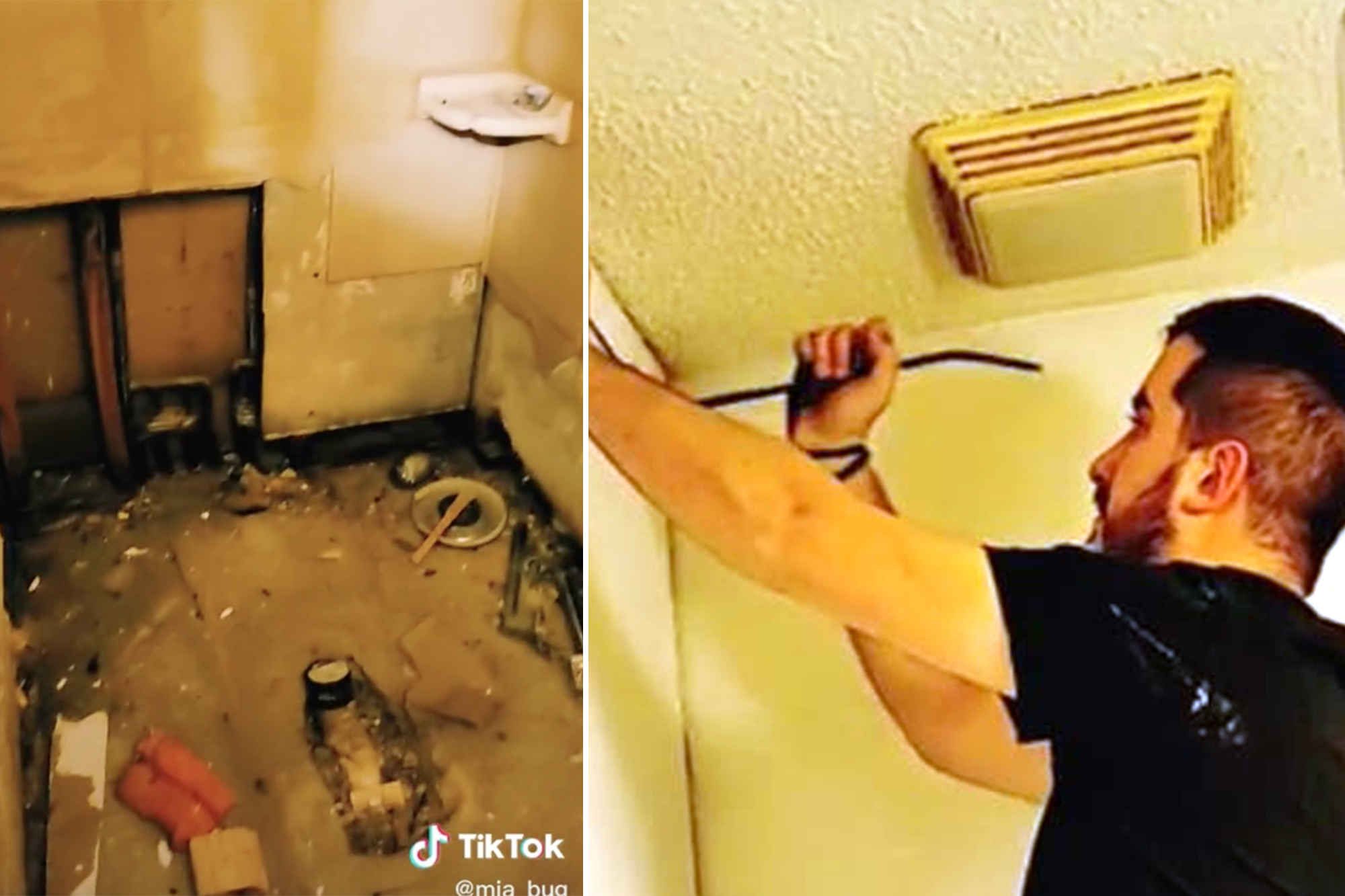 An Oklahoma couple’s pipe dream of becoming home renovators came true — and not in a good way. What was presumed to be a leaky pipe was actually a defunct walk-in shower hidden by the previous owner behind a makeshift wall.

In a TikTok video captioned “Renovation finds … why” with over 1.8 million views, a man is shown using a crowbar and other tools in an effort to remove a wall that the buyers were told led to a “leaking drain pan” they’d need to fix.

The viral song “Oh No” by Kreepa plays as the wall comes down, revealing the dingy shower in total disrepair.

With a budget of “under $150,000” for their first home, the couple said they anticipated some repairs — but not this.

“We were not expecting that at all,” the woman says in a follow-up video, adding more detail to the bizarre incident.

“We knew there was going to be some work that needed to done, naturally,” says the man who knocked down the wall.

“The seller told us that it was closed off because it was a leaking drain pan and that it was a small fix, wasn’t going to cost much to fix, but they just didn’t have the time or energy to do it, so they covered it up,” the woman says.

“No problem. We get it, you’re older,” the man says of the seller’s excuses regarding the negligence to repair the leak. In fact, the previous owners had been so preoccupied that they didn’t even bother to remove the shampoo rack hanging from the showerhead before boarding up the space.

The couple does note a silver lining to their rocky foray into homeownership: “Hey, look — no popcorn ceiling!”