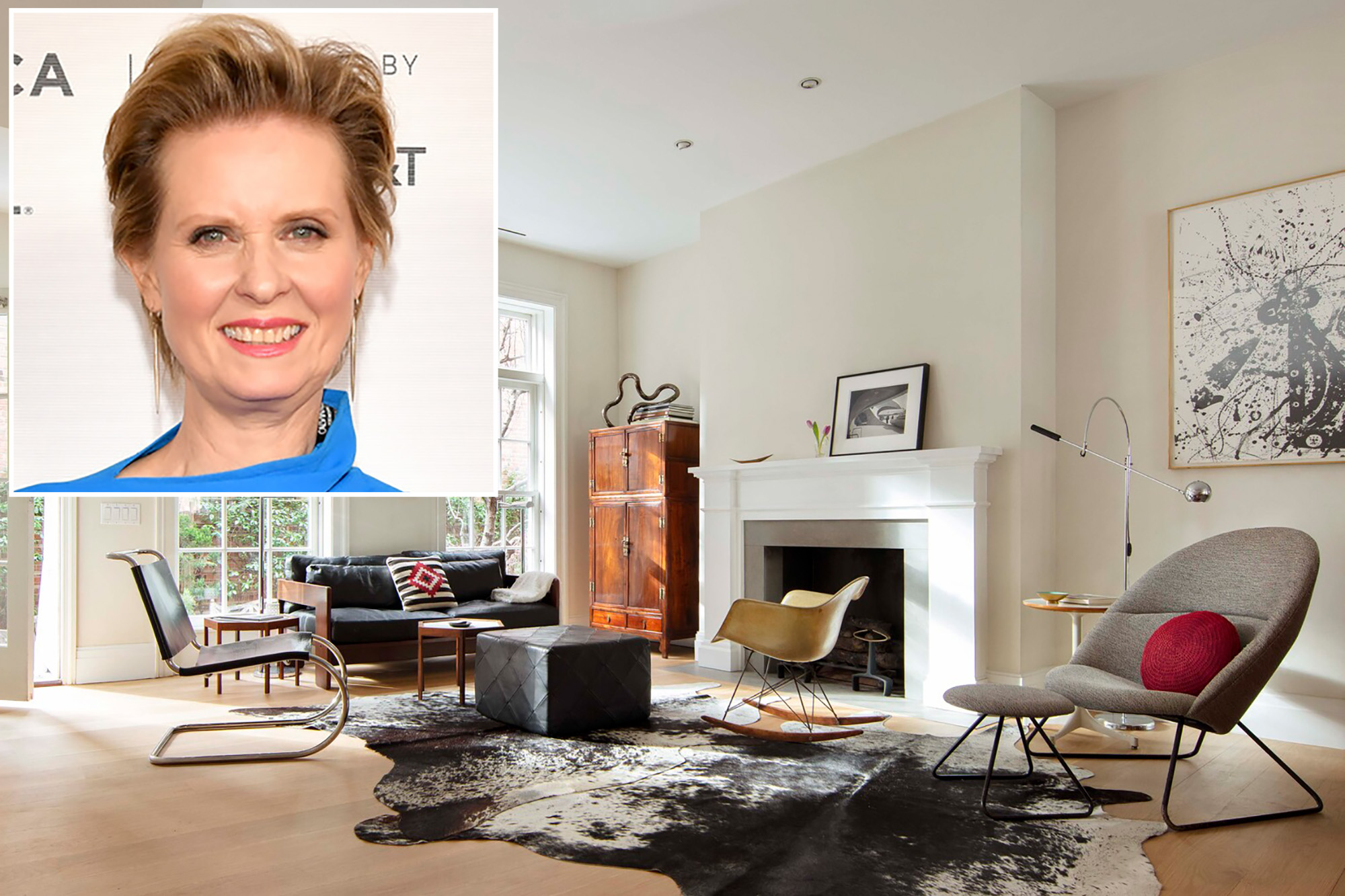 The news comes as HBO Max announced its long-awaited reboot of “Sex and the City,” which will star Nixon, Sarah Jessica Parker and Kristin Davis. (Kim Cattrall opted out, amidst talk of “Mean Girl” ’tudes through the years.

The women will be paid a reported $1 million an episode for the series titled “And Just Like That,” and will also work as executive producers on the show, which follows the love lives and friendships of the OG ’90s gals as they navigate New York life in their 50s.

Nixon, who is now married to Christine Marinoni, toured an 1828 townhouse at 31 Harrison St., which is on the market for $6 million.

The relatively tiny home, weighing in at 2,000 square feet, currently packs in a compact five bedrooms and 3½ bathrooms. The home was built on land that was originally part of a farm granted to one Annetje Jans in 1636, according to a plaque outside the residence. The land later housed the Harrison Brewery, which gave rise to the street’s current name.

The seller is architectural photographer Scott Alexander Frances, whose parents, award winning journalists Alexander and Evan Frances, bought the home from the city in 1977 for $34,000.

“It was just a shell, no walls, plumbing or wiring,” Frances tells Gimme. “At the time, the city was in financial straits and was deaccessioning assets. It was a good price, but to make it habitable cost another $150,000. That was real money in those days, especially for two journalists who had been living in Stuyvesant town since 1947.”

The city had preserved the row of houses to leave an example of the type of architecture, known as a two and a half story federal house, which was typical of the merchant class homes in the neighborhood, he added. Frances also owns a Sag Harbor home with his wife, Patti Weinberg, which has been profiled in shelter magazines.

Nixon and Marinoni currently live at 10 Bleecker St., where they picked up their home for $3.25 million in 2012.

The listing broker of 31 Harrison St. is Leonard Steinberg of Compass.