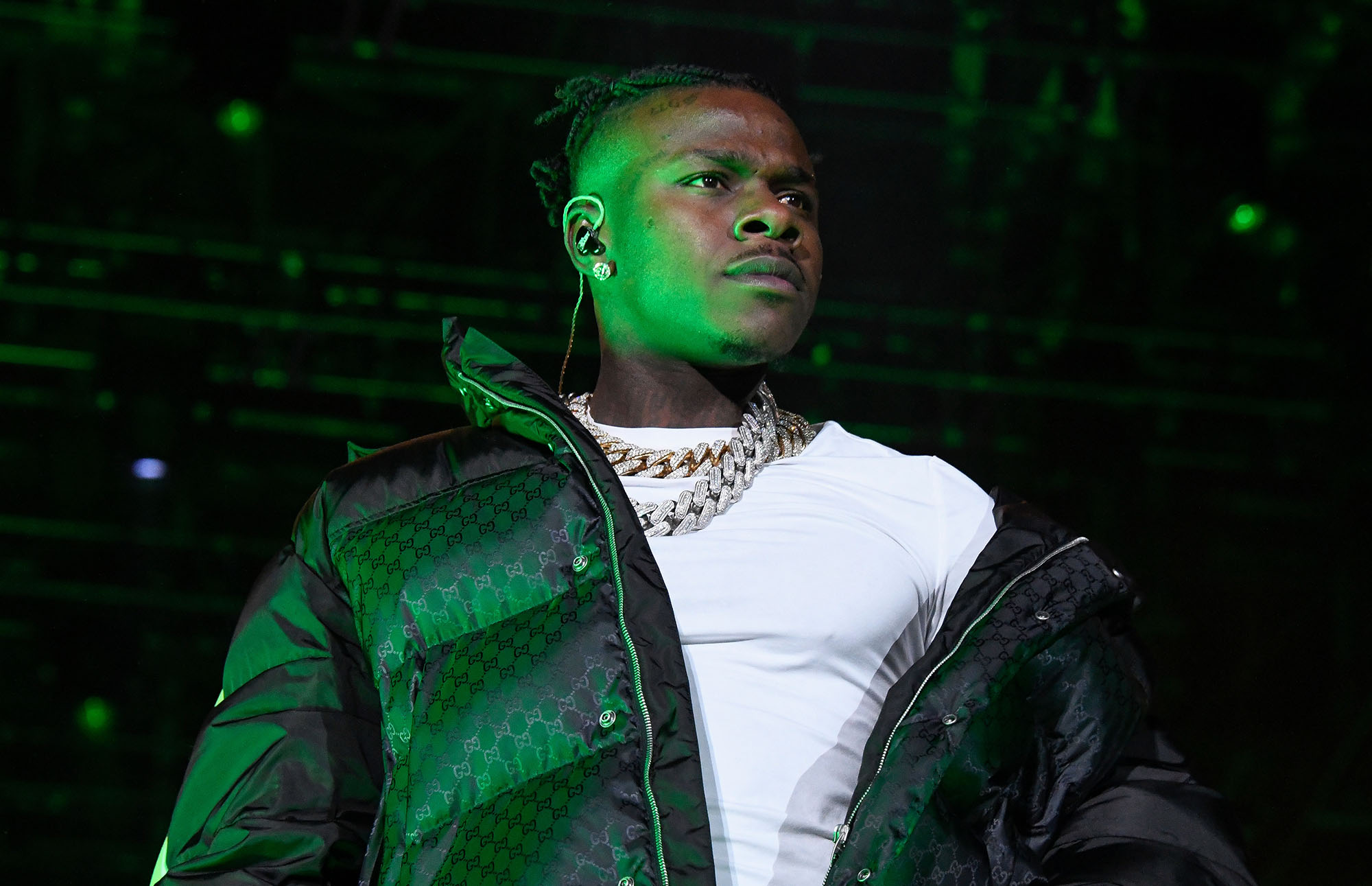 DaBaby made his return to the Rolling Loud stage, marking his first performance at the festival since his notorious homophobic rant in July.

50 Cent brought out the “Rockstar” rapper, 29, as a special guest during his headlining set Thursday night at Citi Field in Queens.

Rolling Loud is the same festival where just three months prior DaBaby told a crowd in Miami, “If you didn’t show up today with HIV/AIDS, any of them deadly sexually transmitted diseases that’ll make you die in two to three weeks, put your cellphone light up. … Fellas, if you ain’t sucking n—as’ d–k in the parking lot, put your cellphone lights in the air.”

The “Suge” rapper, whose real name is Jonathan Lyndale Kirk, initially defended his comments but later issued a half-apology on Twitter.

“Anybody who done ever been effected [sic] by AIDS/HIV y’all got the right to be upset, what I said was insensitive even though I have no intentions on [sic] offending anybody. So my apologies,” he tweeted at the time, adding, “But the LGBT community… I ain’t trippin on y’all, do you. y’all business is y’all business.”

DaBaby was subsequently dropped from multiple scheduled performances, including Lollapalooza and Governors Ball.

“I’m surprised and horrified at DaBaby’s comments.” Lipa, who collaborated with him on a remix of her song “Levitating,” said in a statement. “I really don’t recognize this as the person I worked with. I know my fans know where my heart lies and that I stand 100% with the LGBTQ community. We need to come together to fight the stigma and ignorance around HIV/AIDS.”

DaBaby eventually apologized again on Instagram, only to delete the message from his grid six days later.