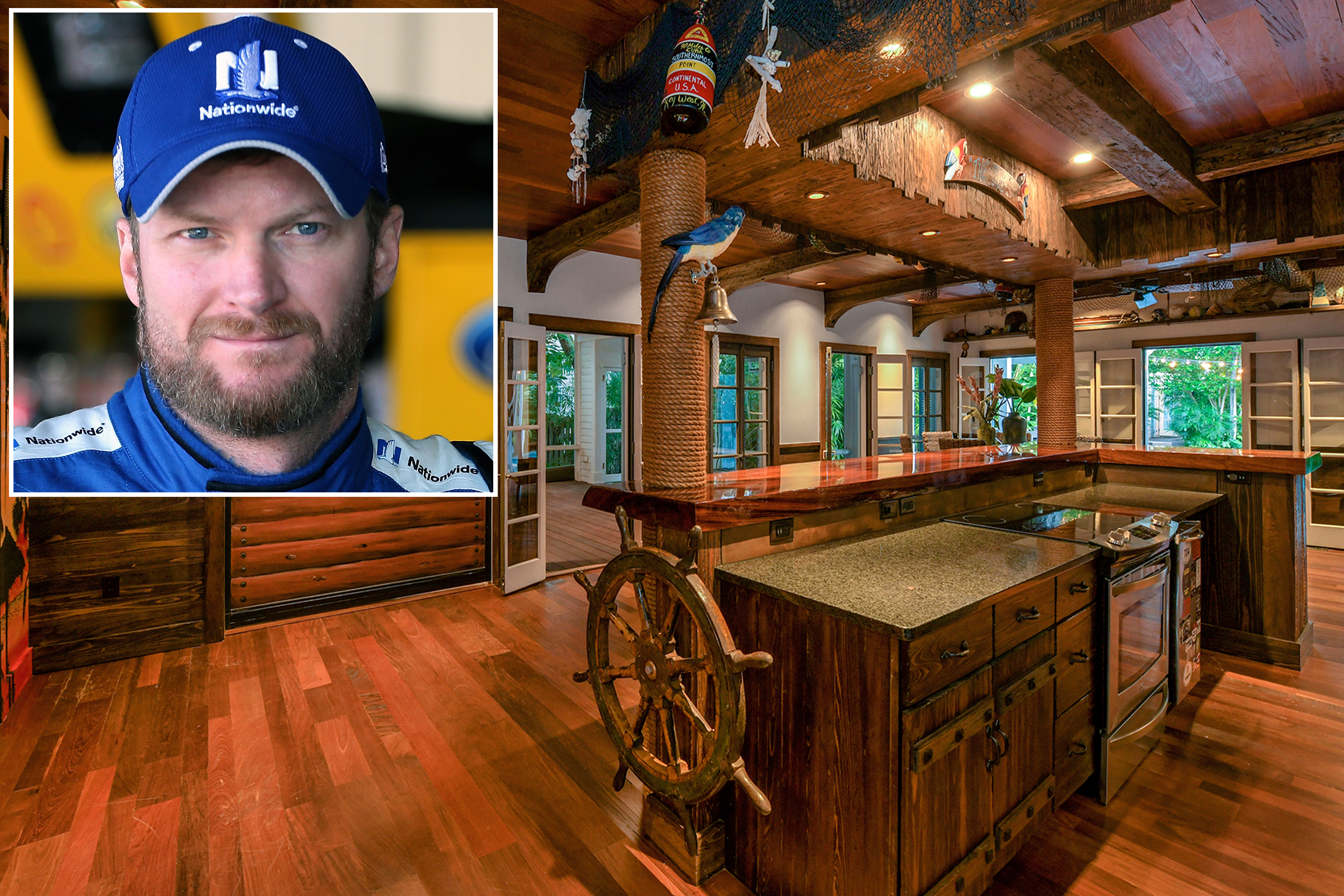 Earnhardt’s house, in Key West, has traded hands for $3 million, the listing brokerage told The Post.

He and his wife Amy, an interior designer, listed the spread for $3.7 million in February 2020, according to People.

Listing images show the property has a distinct beachy vibe — with turquoise shutters, natural-tone decor and palm trees shading a large pool. And despite its modern look, the home dates to 1863.

What’s more, the home reportedly nods to Key West’s pirate history. Earnhardt designed the interior to resemble a pirate ship, with skull-and-crossbones emblems — including a mural — and a ship’s wheel at the end of the bar, People added. There are also fishnets and ropes tied around columns.

The bones include five bedrooms, three full bathrooms and one half bathroom. Set on roughly 0.2 acres, the grounds additionally have a guest house, used now as one large bedroom. (There are plans to split this space into two bedrooms and one bathroom.)

The main house has a wraparound porch. Inside, there are hardwood floors, wood-paneled walls and beamed ceilings. On the second level, there’s a deck whose gate opens allowing daredevils to jump into the pool below. It’s fitting for the couple to have such a thrill-packed home, as they starred in the four-part “Renovation Realities: Dale Jr. & Amy” series on the DIY Network in 2018.

Bob Cardenas and Matt Carlson of Ocean Sotheby’s International Realty represented the seller and the buyer.