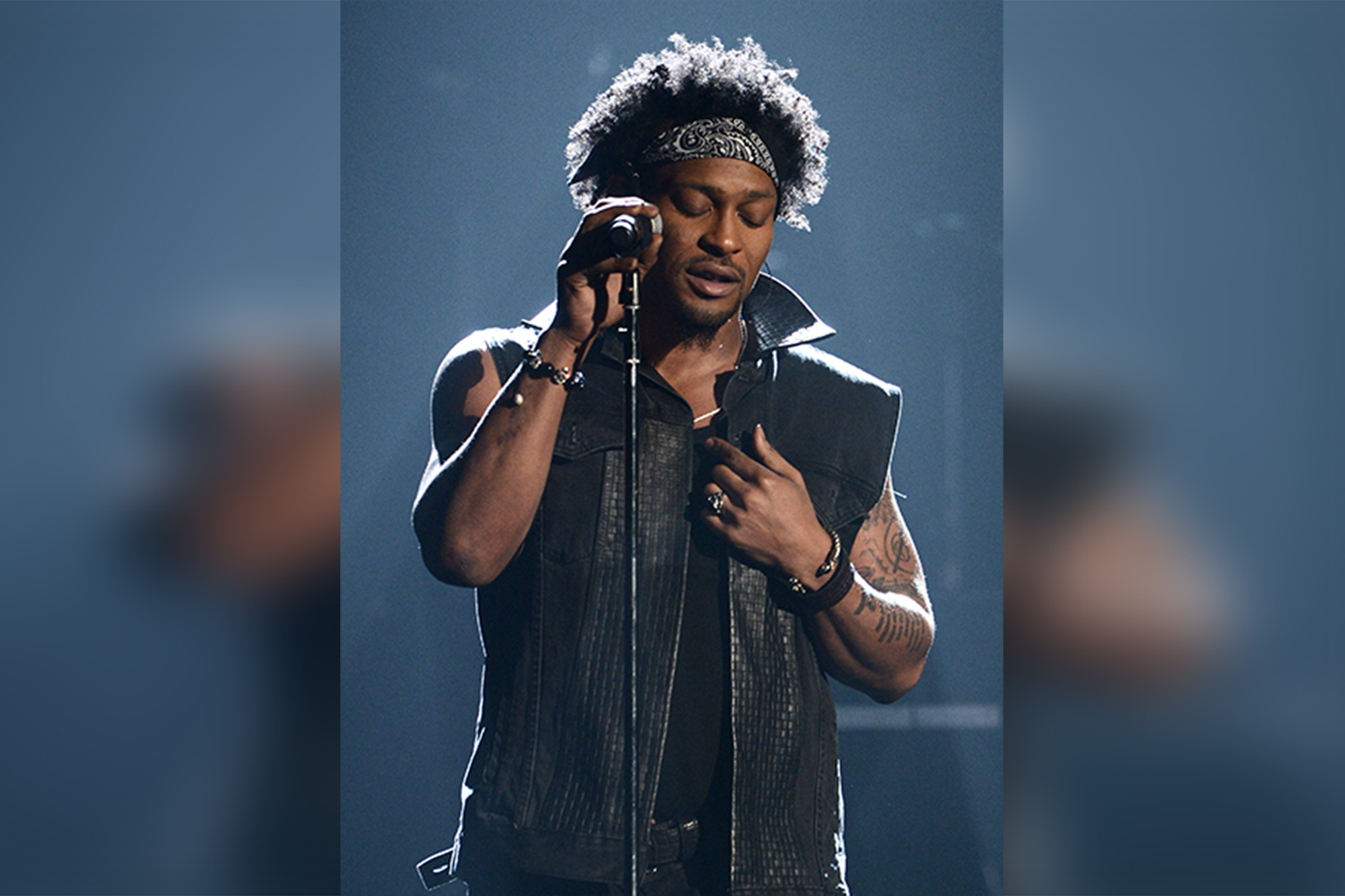 D’Angelo may have done the very first solo Verzuz — I mean, who would want to battle him? — but he brought in a very special guest musician to kick off his performance at the Apollo on Saturday night.

That would be Keyon Harrold, the veteran trumpeter and member of D’Angelo’s band whose 14-year-old black son, Keyon Harrold Jr., was falsely accused of stealing an iPhone from a white woman at the Arlo Hotel in Soho last September.

No explanation was needed as this went down live at the Apollo Theater — the mecca for African-American artists. This was a moment — as Black History Month draws to a close — to remind you of how far we still have to go, with this distinguished musician, Harrold, introduced with a “very, very dear friend of mine” by the four-time Grammy winner on the most historic of black music stages.

As he continued to introduce “my brother, a great musician,” it was very clear that this was a moment that the reclusive star was taking to reintroduce himself to the masses by showing the humanity that exists in all of us — including the father of a 14-year-old kid who was allegedly assaulted by 22-year-old Miya Ponsetto, nicknamed “Soho Karen,” for doing nothing wrong.

Before even singing a note, D’Angelo had already made a statement.

Then they launched into what appeared to be a song in progress, with D’Angelo declaring that “love is a thing that makes the world go ’round.” And as Harrold vibed out on his horn with the neo-soul man on the keys — Lena Waithe very accurately described it as MTV “ ‘Unplugged’  vibes,” in the comments — it was a moment that dissolved any “Verzuz” between people.

The battle, it seems, was over before it ever really began in this latest installment of the Verzuz series that has been one  of the most popular virtual series to come out of the COVID era.

As D’Angelo was about an hour late to take the stage around 10 p.m. at the Apollo, DJ Scratch kept the people and the party hype, with a who’s who of African-American artists —  including Common, Timbaland, Snoop Dogg and Babyface — in attendance.

But although this Verzuz had been billed as “D’Angelo & Friends,” he wasn’t really throwing down tracks against anyone else. It was all about him.

And who could argue with that? Just seeing D’Angelo — rocking a tan hat and matching do-rag to go with his faux-fur black coat — was enough of a gift for the fans who have been waiting since he last dropped his “Black Messiah” album in the final days of 2014.

And D did deliver on bringing out a few “Friends”: Redman and Method Man showed up to drop rhymes on “Left & Right,” from D’Angelo’s 2000 masterpiece “Voodoo.” And two-time Grammy winner H.E.R. turned up to do the Lauryn Hill part of “Nothing Even Matters,” from the 1998 classic “The Miseducation of Lauryn Hill.”

But in the end, this didn’t feel like a true Verzuz, with no one for D’Angelo to really battle. The obvious choice would have been Maxwell. Just as Erykah Badu and Jill Scott went diva to diva in an early Verzuz last year, it would have been great to see D’Angelo put his best up against his top neo-soul-man competition.

Still, it’s hard to argue with anything that leaves you feeling all of the “Brown Sugar” sweetness on a COVID Saturday night.