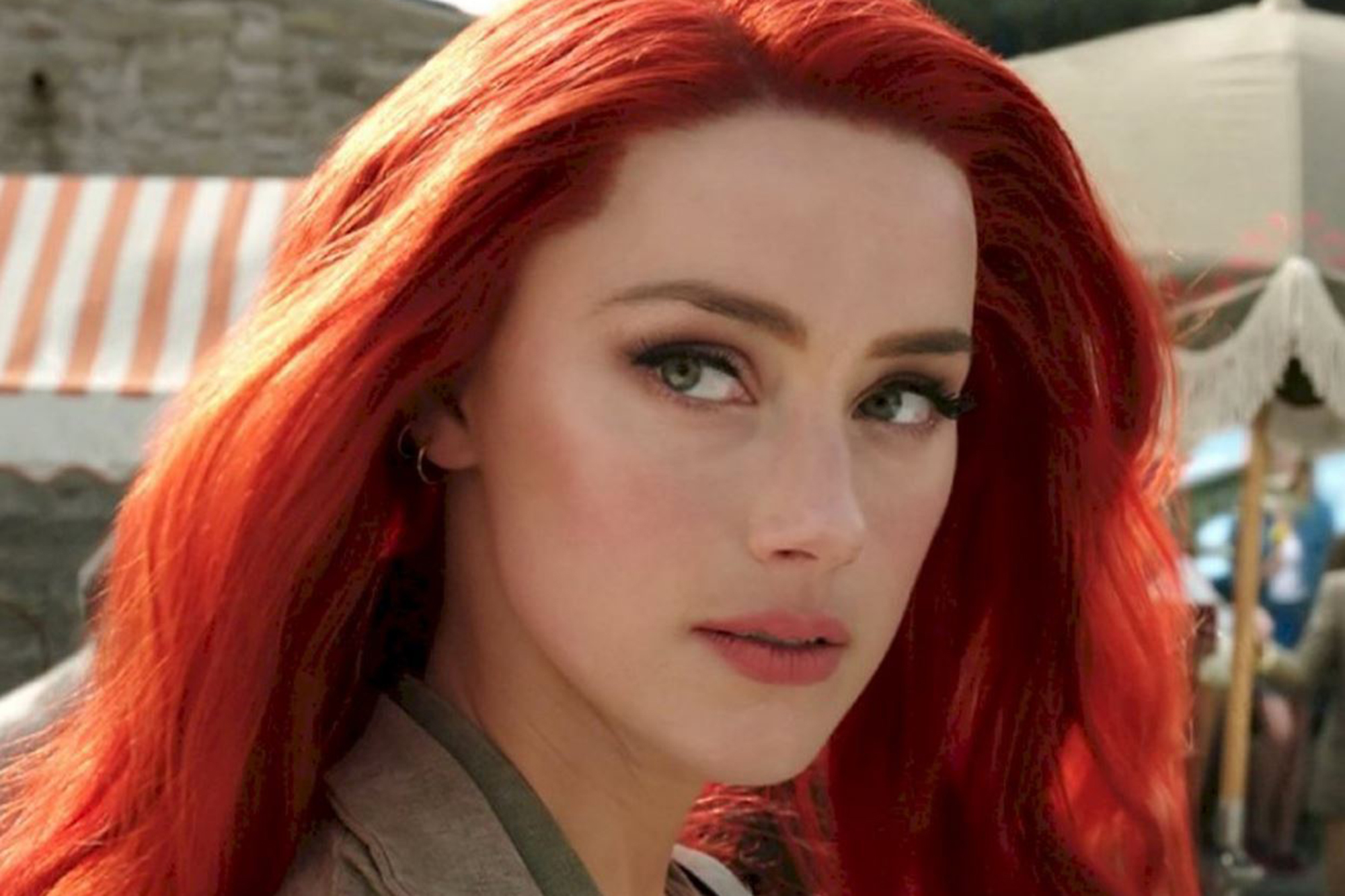 Rumors are swirling that Amber Heard, whose post-matrimonial battles with Johnny Depp have tarnished both of their reputations, has been fired from the upcoming “Aquaman 2”, Yahoo! Style reports.

Insiders claim Heard was fired from “Aquaman 2” not because of dirty laundry aired during Johnny Depp’s failed libel trial against a British tabloid for calling him a “wife beater”, but another reason.

The problem was that the blonde ingenue had put on too many pounds.

“Amber Heard did not pass her physical examination,” a source told Australian site Sausage Roll of why Depp’s ex-wife got the apparent boot from “Aquaman 2” — delighting fans of Johnny’s who had called for her ouster for disparaging their favorite film icon.

She’s put on some pounds and is in terrible shape.”

“There is a clause in her contract which says she is required to be in good form ahead of shooting and she violated that,” the source said of why Amber Heard, who was acrimoniously married to Depp from 2015 to 2016, got fired from “Aquqman 2”.

Aside from aesthetic considerations, Amber Heard, who first met Depp in 2009 on the set of the film “The Rum Diary”, apparently is unprepared for the rigors of filming “Aquaman 2” given that she is not in the athletic shape required for the action and stunt sequences in the film.

The Blast reports that “Game of Thrones” star Emilia Clarke will replace Heard in the blockbuster sequel.

So furious were Depp’s fans over the fact that Heard’s damning characterization of him as a wife beater forced him to resign from “Fantastic Beasts 3” that 1.5 million of them signed a petition demanding her removal from “Aquaman 2”.

Amber Heard may have been quietly booted from reprising her role of Mera in the upcoming sequel to “Aquaman” with Jason Momoa. While Warner Bros. has stood in defense of the 34-year-old actress during her ongoing legal war with ex-husband, Johnny Depp, the studio has reportedly fired Heard from appearing in “Aquaman 2,” and are allegedly replacing her with “Game of Thrones” star, Emilia Clarke, who had been a fan-requested favorite to replace.

Did Amber Heard Get Fired from ‘Aquaman 2’ for Breaking Contract?

The Sun has sought comment from Amber Heard’s press reps over whether she really did get fired from “Aquaman 2”.

But there has been no response from team Amber.

Nor has there been any official word on the actresses’ employment from Warner Bros.

The We Got This Covered website has cited Warner Bros insider Daniel Richtman as saying that the rumor that Amber Heard got fired from “Aquaman 2” in the wake of Depp’s libel trial has “no basis in truth.”

Warner Bros Pictures publicly announced they would stand by Amber following the court case outcome – while they decided to boot Sweeney Todd actor Johnny from the Fantastic Beasts sequel and replace him with Mads Mikkelsen.

Nevertheless, Depp fans have taken to Twitter to crow over the supposed blow to Heard’s career, with one tweeting, “Amber Heard fired from #Aquaman, great day today.”

Yet another posted: “AmberHeard got fired from #Aquaman 2. Well, good.”

In the 2018 first installment of the “Aquaman” franchise, Amber Heard played Mera, the wife of the aquatic super hero, who was himself played by the hulking Jason Momoa. The role, which she originated in “Justice League” in 2017, catapulted the actress into the realm of super stardom that has long been the home base of her ex-husband, Johnny Depp.

The New Zealand Herald reports that Depp’s defamation trial against Heard has been pushed to 2022.

Johnny Depp and Amber Heard will not be coming head to head in a court room any time soon. Depp’s US$50 million (NZ$67m) defamation lawsuit against Heard has been delayed again, with the former husband and wife set to face off in a courtroom come April 11, 2022.