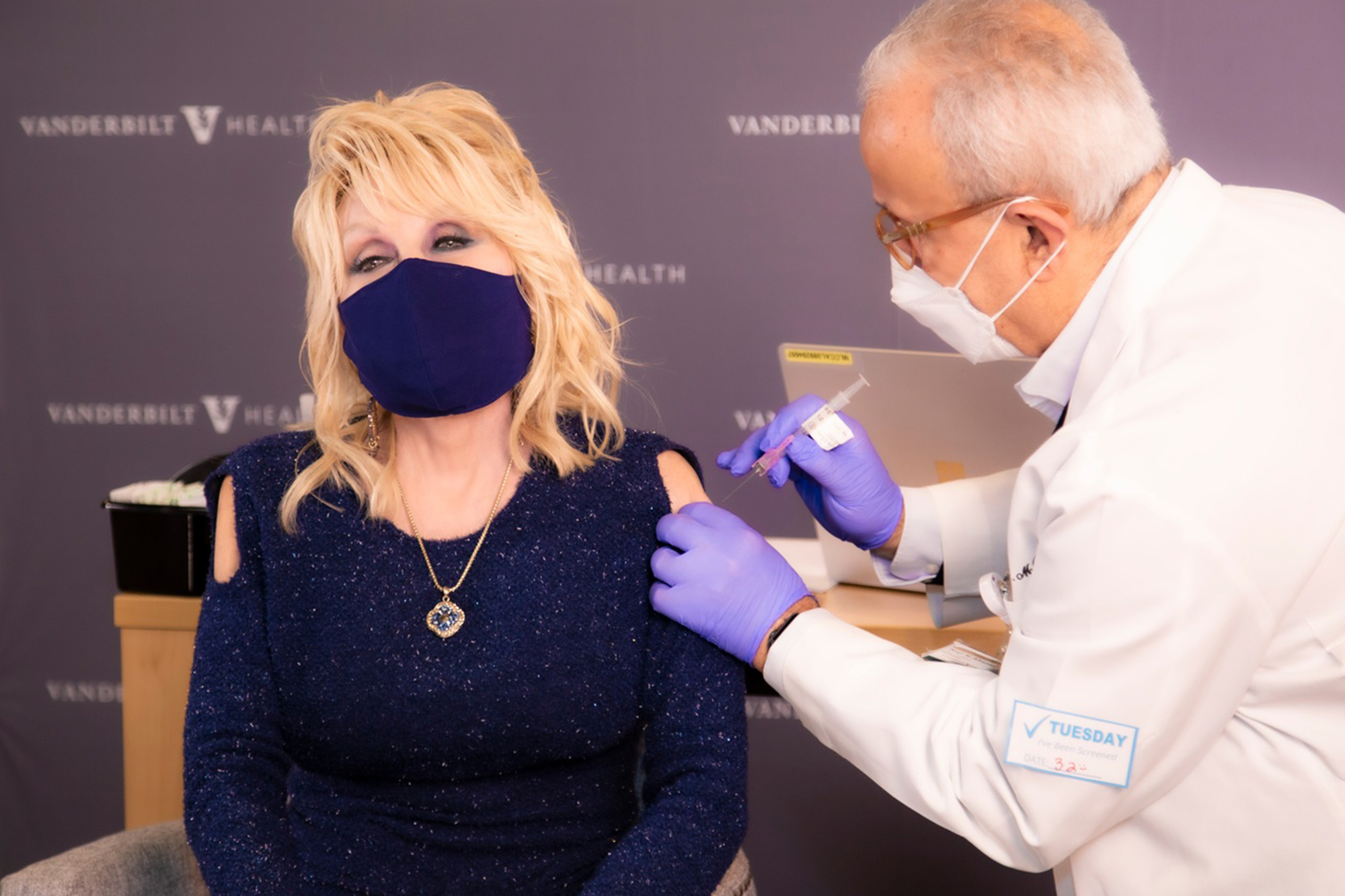 The Queen of Country has been vaccinated.

“Dolly gets a dose of her own medicine,” Dolly Parton, 75, tweeted on Tuesday, alongside a photo of her at her appointment, sporting a sparkly-blue long-sleeve shirt with upper arm cutouts in just the right place for the coronavirus vaccine injection.

In the tweet, the 75-year-old tagged her vaccine site — Nashville, Tennessee’s Vanderbilt University Medical Center — where she calmly sits in a low-backed chair in front of a logo-covered backdrop.

“I’m finally gonna get my vaccine — I’m so excited,” Dolly told followers in an Instagram video posted from her appointment. “I’ve been waiting a while, I’m old enough to get it, and I’m smart enough to get it,” she told her fans, specifying that she received the Moderna COVID-19 shot, which she helped fund with a $1 million donation last November.

“The faster everyone gets vaccinated, the faster we can return to normal,” she went on, before taking aim at those who don’t plan to or are on the fence about getting vaccinated.

“I just want to say to all of you cowards out there: Don’t be such a chicken squat. Get out there and get your shot.”

She then received the first dose of her Moderna shot from Vanderbilt physician Dr. Naji Abumrad. Parton met Abumrad following a 2013 car wreck, and it was their friendship that inspired her to donate to vaccine research, the Tennessean reported.

“Well, it didn’t take this long to film ‘9 to 5,’” she said as the doctor prepared the syringe, before telling the cameras, “I’ve been waiting since December.”

Once the syringe was ready, though, the injection process was over in a jiffy.

“That didn’t hurt,” she told the doctor after.