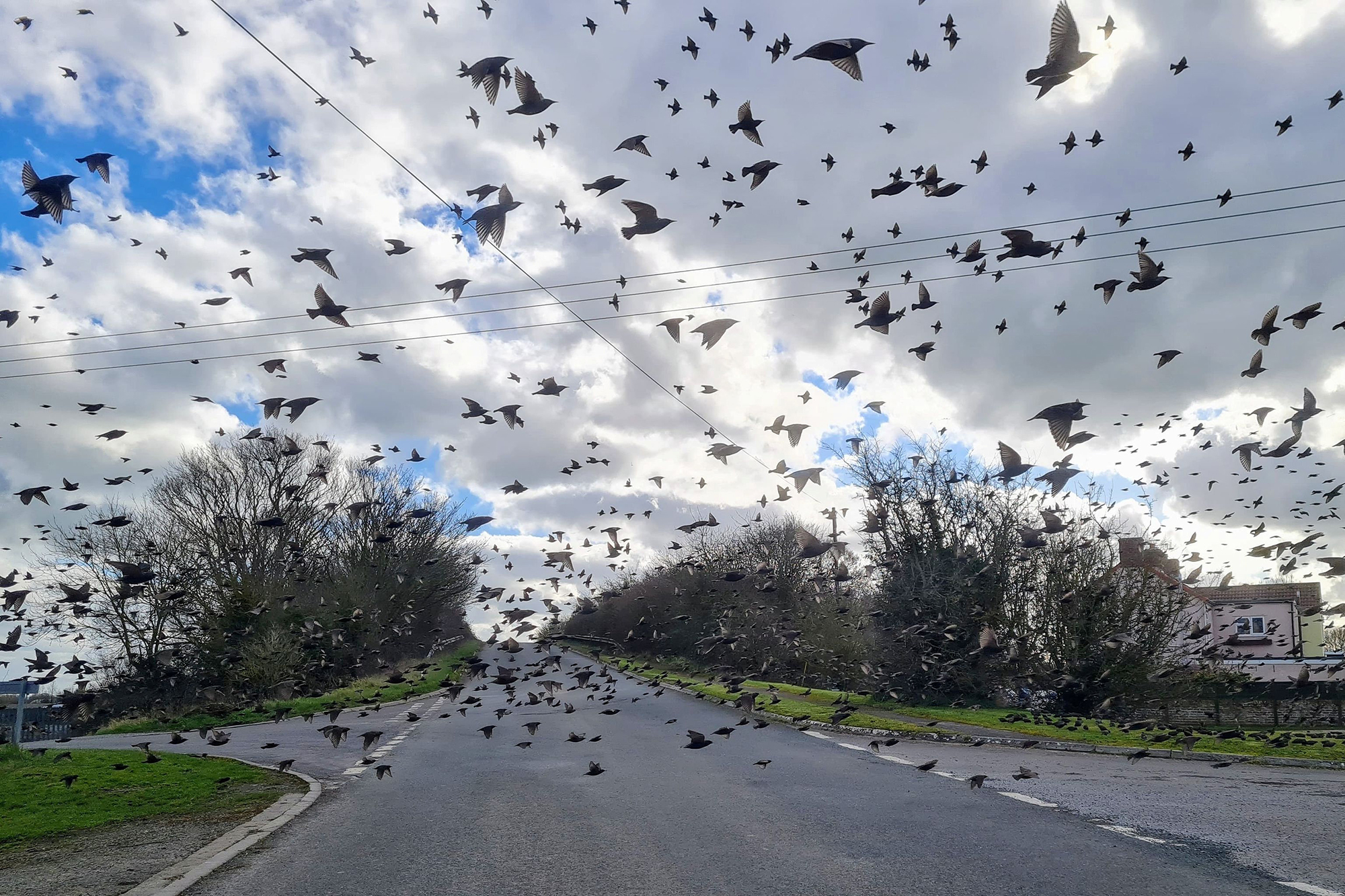 These busy birds are straight out of an Alfred Hitchcock thriller.

While en route to work, ecologist Jamie Kingscott had to wait out an unexpected natural event: Thousands of starlings flying across the road ahead of him in Somerset, England.

“An upshot of living on the Somerset Levels in Winter,” Kingscott, 26, tweeted alongside a photo of the birds scattered across the sky as they flap by. “Having to stop for several thousand starlings to cross the road.”

The tweet has racked up over 3,000 likes since Kingscott, who calls himself a conservationist on Twitter, posted it Friday.

“I put it on Twitter and it’s gone mad,” the Secret World Wildlife Rescue wildlife release coordinator told the BBC, adding that while surprised by his tweet’s virality, he agrees his shot of the moment is quite special.

“There was several thousand of them. They were all over the place,” he said. “They lend themselves to impressive photography. They show off to the camera quite nicely.”

Additionally special about his image is that it shows birds flying quite low to the ground, a break from starlings’ usual flight patterns.

“They were really low, so less of the standard murmuration, but they did do a bit of a flourish to show off, and they came right over the bonnet … it was quite something,” he said. “You can’t help but be slightly impressed.”

Unlike the violent birds in Hitchcock’s 1963 horror film “The Birds,” starring Tippi Hedren, Kingscott says he was honored that the birds made a “special effort” to come see him “on my way to work, was quite nice of them.”

He almost failed to capture the moment for posterity.

“They crossed the road in front of me and then turned and crossed back over, so I just stopped the car and watched,” he said of the single-shot he posted.

A photographer in Mullingar, Ireland, also recently captured an incredible bird moment when a flock of starlings appeared before him and together formed the shape of a giant bird.