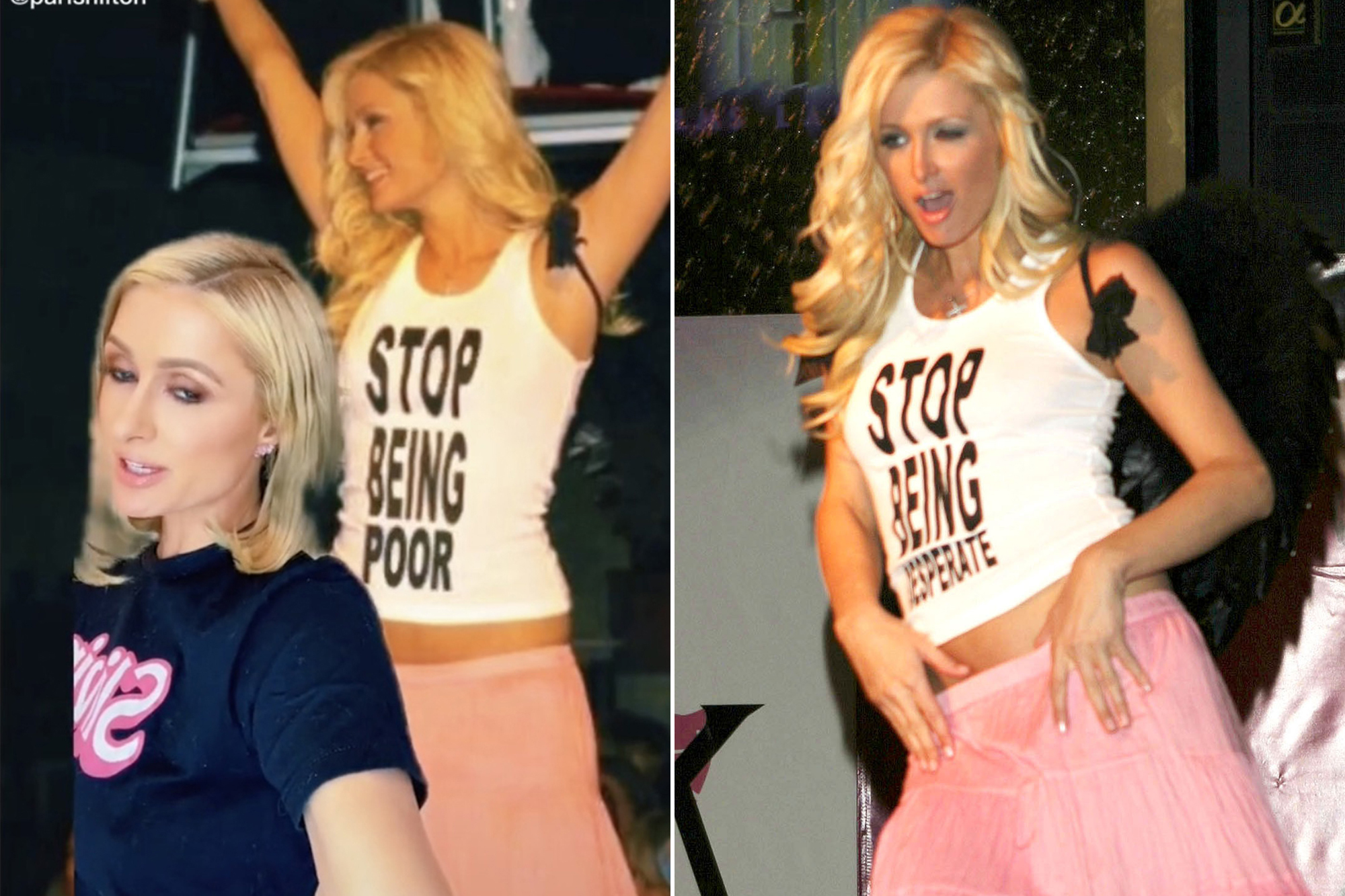 Paris Hilton is so misunderstood.

The hotel heiress has made a shocking revelation for fans on social media: Her infamous “STOP BEING POOR” tank top is a fake.

“So there’s this photo online of me — I’m sure you’ve seen it,” the once-and-forever It girl begins in a video posted on TikTok, now viewed more than 4.5 million times.

“I never wore that shirt,” she says in setting the record straight, pointing toward the background which features the famous image of Paris flaunting the “STOP BEING POOR” message across her torso. “This was completely Photoshopped. Everyone thinks it’s real, but that’s not the truth.”

Then, the real message flashes on the screen. “Stop being desperate,” she says with a snicker, reading the shirt she wore that night some 16 years ago.

“Don’t believe everything you read,” she warns at the end.

The notorious top has been tied to the 40-year-old party gal since 2013, according to the viral archive KnowYourMeme. Images of Paris with sister Nicky, 37, at a 2005 fashion show — for the now-defunct fashion label Chick by Nicky Hilton — were tweaked to diss the siblings as spoiled and were then shared widely on Tumblr.

Though the images were reportedly debunked just a few months later, the fakes remain closely associated with Paris, who is reportedly worth an estimated $300 million.

Meanwhile, the blushing bride-to-be is likely busily planning her nuptials with 40-year-old venture capitalist Carter Reum, who proposed to the “Stars Are Blind” singer with a massive diamond and sapphire engagement ring that could be worth over $2 million, according to jewelry experts.