The couple’s “Clarence Manor” purchase is a “business” investment — not their new love nest, TMZ reported.

Giudice will be the property manager of the Montville home, which is only three doors down from the house the 48-year-old “RHONJ” star shared with her ex-husband, Joe Giudice, 48.

Now, the reality television star has a new relationship with Digital Media Solutions co-founder Ruelas. Giudice and her chiseled new beau began dating in November after her divorce from Joe was finalized in September.

The new couple have been having a blast together, going skiing and stripping down to hit the beach. Giudice has gushed that Ruelas is “the best thing to come out of 2020” on Instagram.

Modeled after a Thomas Kinkade painting “Beyond Summer Gate,” the seven-bedroom, seven-bathroom, three-powder-room home is a gated, gray stone mansion spanning about 7,000 square feet, The Post estimates based on floor plans.

The main entrance through wooden double doors leads onto custom marble flooring and into a domed foyer. The home has Brazilian cherry hardwood floors, custom crown moldings and a floating cherry wood spiral staircase piercing through the house, according to the New Jersey Luxury Real Estate Group listing. 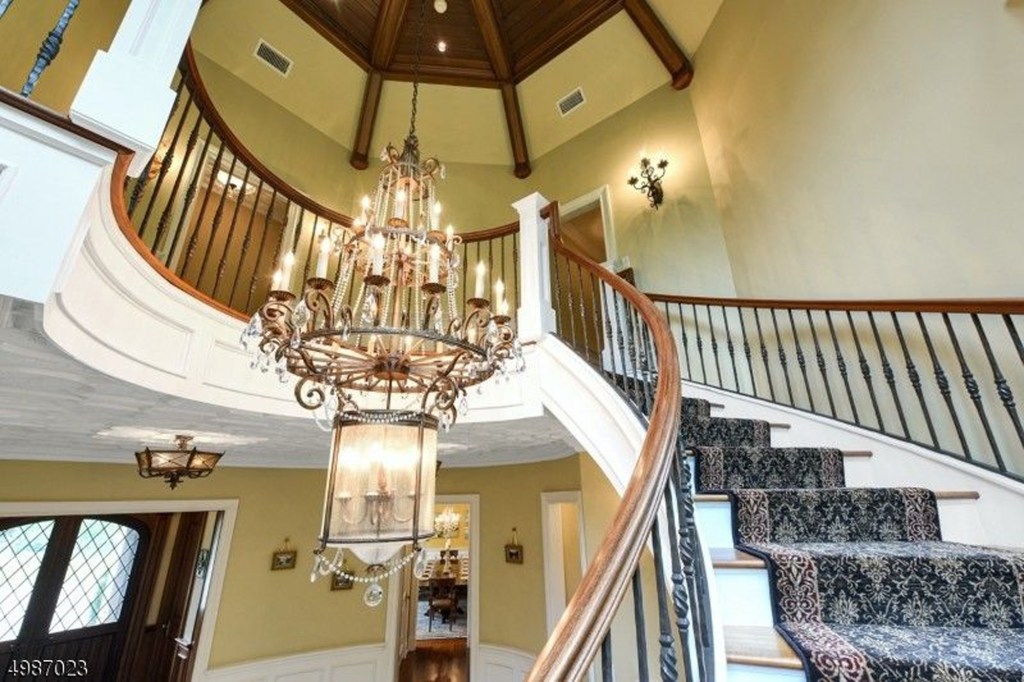 A floating cherry wood spiral staircase pierces through the house. 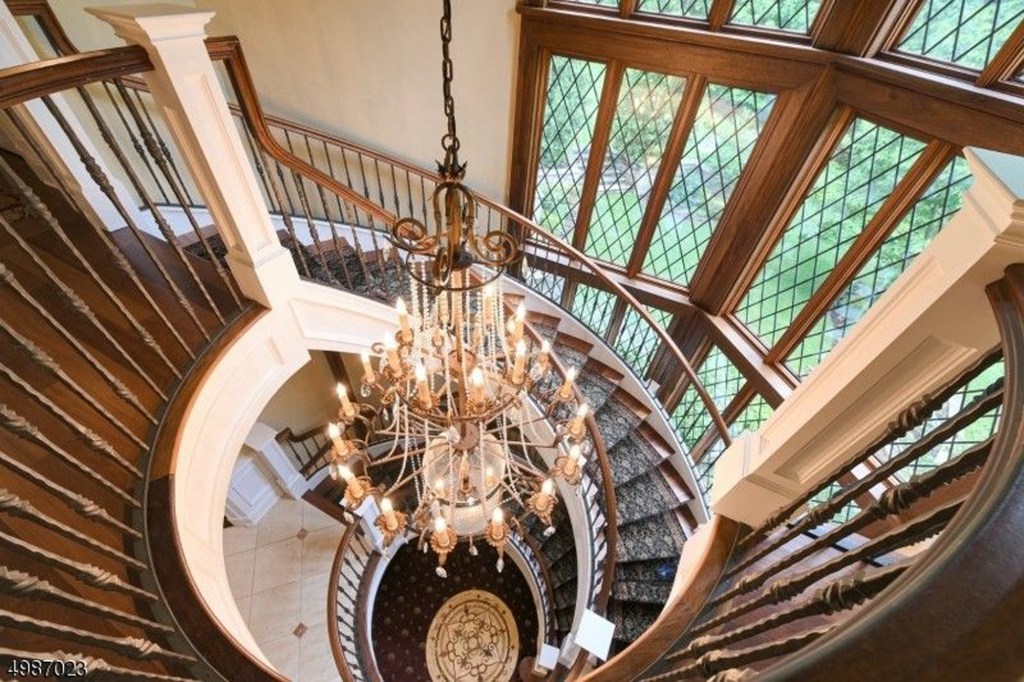 Ayesha Curry has no time for online trolls. Last week,…

The kitchen has nine Tiffany glass light fixtures, granite countertops and top-of-the-line appliances. There is plenty of prep room, between the center kitchen island and the additional seating and preparation area.

There is a large walk-in pantry and a butler’s pantry, a breakfast area with a chandelier and a pair of French doors that open to an outdoor summer kitchen, according to the listing.

The 11-seat home theater in the basement is designed for both movie screenings and family performances, offering a changing and costume room for aspiring performers. The theater has a “concession stand” with a wet bar and custom-lit shelves for movie snacks.

Next to the theater is a recreation room with a billiard table, a gas fireplace and French doors that lead to the backyard, according to the listing.

Kids can glide into the home’s heated saltwater pool on its 60-foot underground slide. The pool has a built-in waterfall and an extravagantly appointed poolside cabana. The grounds are covered in pristine landscaping and it offers a six-car garage, according to the listing.

The house was built in 2006 for $2.28 million by its previous owners, Lisa and Salvatore LoBiondo, according to New Jersey property records, who, with the cost of the land in 2003, made a slim profit on the sale.

Giudice recently tried to sell the nearby Montville home she shared with her ex-husband, The Post previously reported, but it is unclear if she has pulled it off the market.

The new season of “RHONJ” will begin airing Wednesday and will feature Giudice’s journey to sell her house and “create a new life” for herself and her four daughters — Gia, 19, Gabriella, 16, Milania, 15, and Audriana, 11 — according to Bravo.

Giudice and her “Juicy Joe” ex — who is shopping his own dating show — raised their four kids in the home until 2015, when the couple was convicted and ultimately jailed for fraud, which led to Joe’s deportation to Italy and the end of their marriage, Page Six previously reported.

Coldwell Banker broker Joshua Baris represented both sides of the deal but declined to comment.