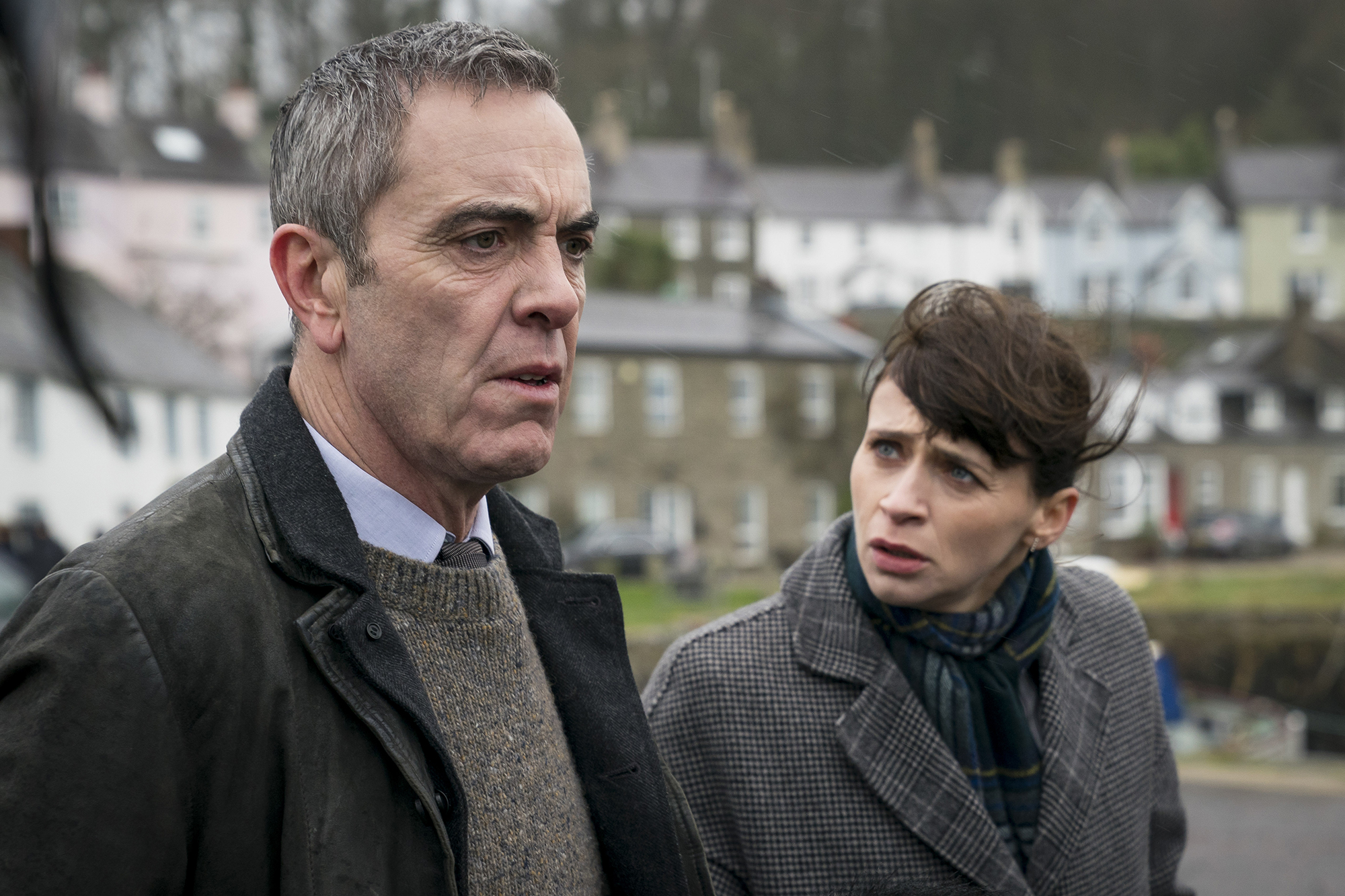 The crime thriller “Bloodlands” is framed against the backdrop of Northern Ireland’s historically stormy political landscape — known as “The Troubles” between Protestants and Catholics.

Nesbitt, 56 — born and raised in Northern Ireland — is involved with the WAVE Trauma Centre, established by two widows on both sides of the Protestant-Catholic conflict to offer counseling to those who lost loved ones during “The Troubles,” which lasted for roughly 30 years until 1998. Lately, it’s focused on relocating the remains of victims — a storyline mirrored in “Bloodlands.”

Nesbitt spoke to The Post about “Bloodlands,” which premiered last month on BBC One and debuts exclusively Monday (March 15) on Acorn TV.

Was it important to shoot the series on location?

It makes a big difference to me. I left Northern Ireland in 1985 to go to drama school but it’s still very much home. A lot of the work I consider the most important to me — [the 2002 movie] “Bloody Sunday,” “Five Minutes of Heaven,” which I did with Liam Neeson, and [the 2016 TV series] “The Secret,” about a real-life murder case — were all shot in Northern Ireland.

Did “The Troubles” impact you growing up?

I was able to grow up in Northern Ireland distanced from it even though it was happening just up the road. I had a very happy childhood. I grew up in the countryside…but was involved in an incident when I was very young. My father had taken my sister and I — I was about 7 — to the local city hall to pay his taxes. He parked the car and we stayed inside [the car] as he went in. We both fell asleep and were woken up by this old caretaker man yelling “Get Out! Get Out! There’s a bomb!” As we got out of the car and he taking us up the hill to safety we could see my father running out and looking for us. A warning had been given by the IRA 15 minutes before, and the car beside ours exploded. We returned to a car that had been blown to smithereens. We’d been to my grandmother’s beforehand; she had chickens and had given us 12 eggs. Seven of those eggs survived [the blast].

When I got older I couldn’t bear that the rest of the world saw Northern Ireland as this place of conflict. When I did “Bloody Sunday” [starring as civil rights activist Ivan Cooper] it was the first film which really made me look at the history of where I came from. Paul Greengrass, the director, once said to me, “For many of the Irish actors from the North, ‘The Troubles’ is kind of their King Lear. They have to tackle it at some point.” “Bloodlands” is clearly a cat-and-mouse thriller that can almost be set anywhere — but the background of “The Troubles” gives it a lot more weight.

How would you describe Tom Brannick?

We’re similar in age and I’ve come across a lot of police in my time. I’m a father and have two daughters [while] Tom has one. I suppose it was getting inside this man who’s been compromised in his life and has gone through a lot of pain and loss. He’s someone who’s prepared to do everything to protect not only the peace, but, more importantly, his daughter. He’s a man who’s flawed and has made decisions that people would question but he’s always tried to do the right thing — and then, somehow, things slipped through his hands.