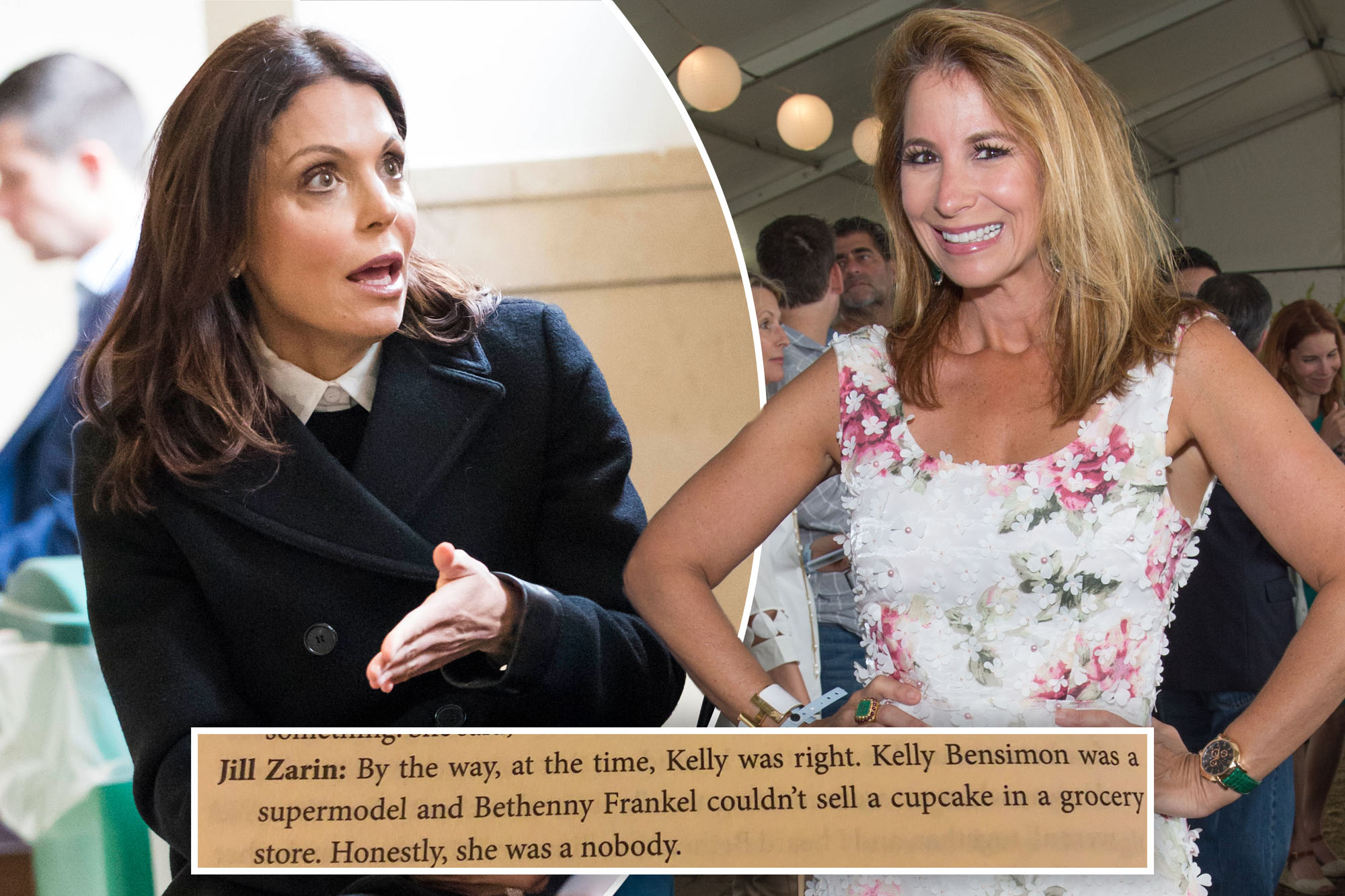 Zarin says in a new tell-all book about the show how the now-wealthy Skinnygirl mogul was nothing but a hapless upstart who some of the other cast members considered beneath them during the New York housewives’ first season.

“Kelly Bensimon was a supermodel and Bethenny Frankel couldn’t sell a cupcake in a grocery store,” Zarin told author Dave Quinn in the bombshell book “Not All Diamonds and Rosé: The Inside Story of The Real Housewives from the People Who Lived It” (via Twitter.)

“Honestly, she was a nobody.”

The comments by Zarin — who has long feuded with Frankel — refer to the iconic argument Bensimon and Frankel had during the first season of “RHONY” in 2008.

“Listen I just want to make something perfectly clear with you so that we’re on the same page. We’re not friends,” Bensimon told Frankel at the time, adding, “We’re not the same: This is you [gestures with her hand below] and this is me [raises her hand up higher]. We don’t talk.”

She also said, “While you’re busy talking, I’m busy doing things. So you need to like, realize the situation.”

Frankel hit back at the time, saying sarcastically, “You’re up here because you’re a model, ’cause you put your name on any invitation ’cause you collect celebrities as friends. Because you’re so much more fabulous.”

Zarin’s pal Bensimon also weighed in on the epic smackdown with Frankel, telling Quinn, “I mean, people come up to me all the time and do it. NeNe Leakes, when I first met her she was like, ‘Girl! I’m up here, you’re down there!’ You’re amazing. I love you!”

Zarin expressed in May that she would never be friends with Frankel — who now has an estimated net worth of about $70 million thanks to her Skinnygirl line of drinks and other products.