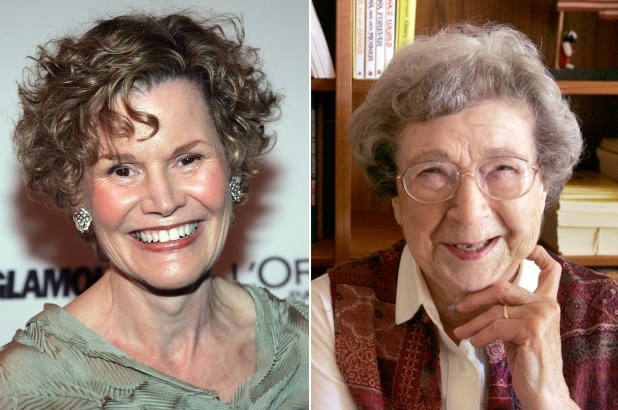 Two giants of children’s literature never got the chance to meet.

A day after the death of beloved author Beverly Cleary was announced by her publisher, fellow legendary scribe Judy Blume took to Twitter to pay tribute to the creator of beloved character Ramona Quimby.

“Beverly Cleary! My inspiration. I wanted to write books like yours. I so regret never having met you. You will not be forgotten,” wrote the “Are You There God? It’s Me, Margaret” author.

The closest the two ever came to an introduction was years prior, according to an earlier message Blume retweeted of an interview she’d once given, in which she described accidentally getting some of Cleary’s fan mail, while Cleary got a packet of letters meant for Blume.