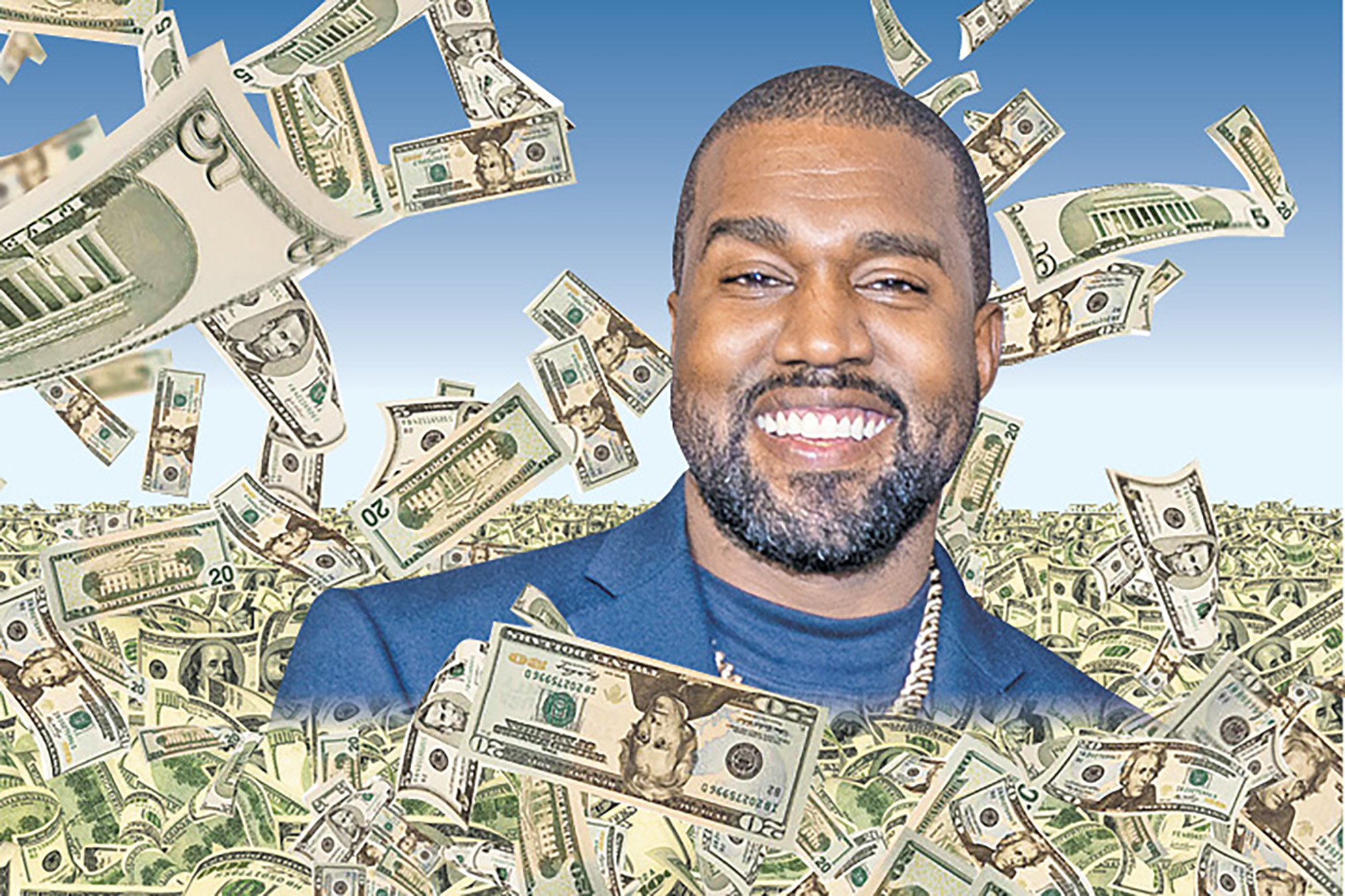 Kanye West’s family life may be a disaster, but his finances are looking up.

The “Runaway” rapper — whose wife of seven years Kim Kardashian filed for divorce last month after months of headline-grabbing turbulence — has seen his Yeezy shoe and streetwear empire surge in value, making him a multibillionaire, according to financial documents obtained by The Post.

Yeezy’s Adidas sneaker venture — whose sales have skyrocketed during the pandemic amid torrid demand for its dressy-yet-comfy footwear — is now worth as much as $3.7 billion based on the valuations of similar streetwear brands including Supreme, according to an analysis by the investment bank UBS obtained by The Post.

That’s not including a valuation of nearly $1 billion for Yeezy’s upcoming Gap apparel line, which is slated to launch this summer. Both ventures are wholly owned by West, according to people close to the company.

Combine those ventures eye-popping figures with West’s share of his and Kim Kardashian’s Skims underwear line — estimated at $1.7 billion — and West’s net worth appears to have vaulted past the $6 billion mark, sources close to the companies say. The rapper also has a music catalog worth an estimated $110 million and cash and stock worth $122 million, according to Bloomberg, which first broke the news about West’s assets on Wednesday.

A net worth as high as $6.6 billion would land West in rarified company — with a fortune that’s nipping at the heels of Robert F. Smith, the private-equity baron who is the richest African American with a fortune of more than $7 billion, according to the Bloomberg Billionaire’s Index.

The eye-popping figures are the result of Yeezy’s torrid growth. Sales for Yeezy’s Adidas sneakers grew 31 percent to nearly $1.7 billion in annual revenue last year, netting Yeezy $191 million in royalties, the document said, adding that by the end of Adidas’ Yeezy deal, revenue is expected to reach $3.1 billion.

“With an obsessive attention to product detail paired with a disciplined approach to volume management, there exists a significant runway for continued growth within this partnership and the footwear segment,” the UBS report said.

Indeed, according to the document dated Feb. 18, Gap is looking to emulate the success of Yeezy’s deal with Adidas.

West, who retains sole ownership and creative control of Yeezy, signed a 10-year agreement last year to design and sell clothes for men, women and kids under the Yeezy Gap label. The arrangement, however, excludes footwear, as Yeezy’s partnership with Adidas remains in place until 2026.

The new figures signal that Gap anticipates its Yeezy line, which it plans to launch by July, to hit $172 million in sales in its first full year in 2022, the document said. Gap envisions it becoming a billion-dollar revenue brand within eight years, with an upside case of sales exceeding $1 billion as soon as 2023, according to UBS.

Reps for Adidas, Gap, Yeezy and UBS did not comment.

Despite his high-profile divorce with Kim Kardashian, the rapper is “very, very focused” on the Gap apparel collection, Gap CEO Sonia Syngal said earlier this moth.

The “Stronger” artist sent Gap’s stock price soaring in June when he announced the deal with the clothing brand. But the 43-year-old entertainer cast shadows on the tie-up when he launched his somewhat bizarre US presidential campaign the following month, also saying at the time he would “walk away” unless he got a seat on Gap’s board.

West followed that up with a September tweet noting that he’s also not on the board of Adidas, which makes his Yeezy sneakers. “BLACK BOARD SEATS MATTER,” West wrote.

The rapper-turned-designer revealed in 2019 that he has bipolar disorder, which reportedly flared up last July around the time he demanded a seat on Gap’s board.