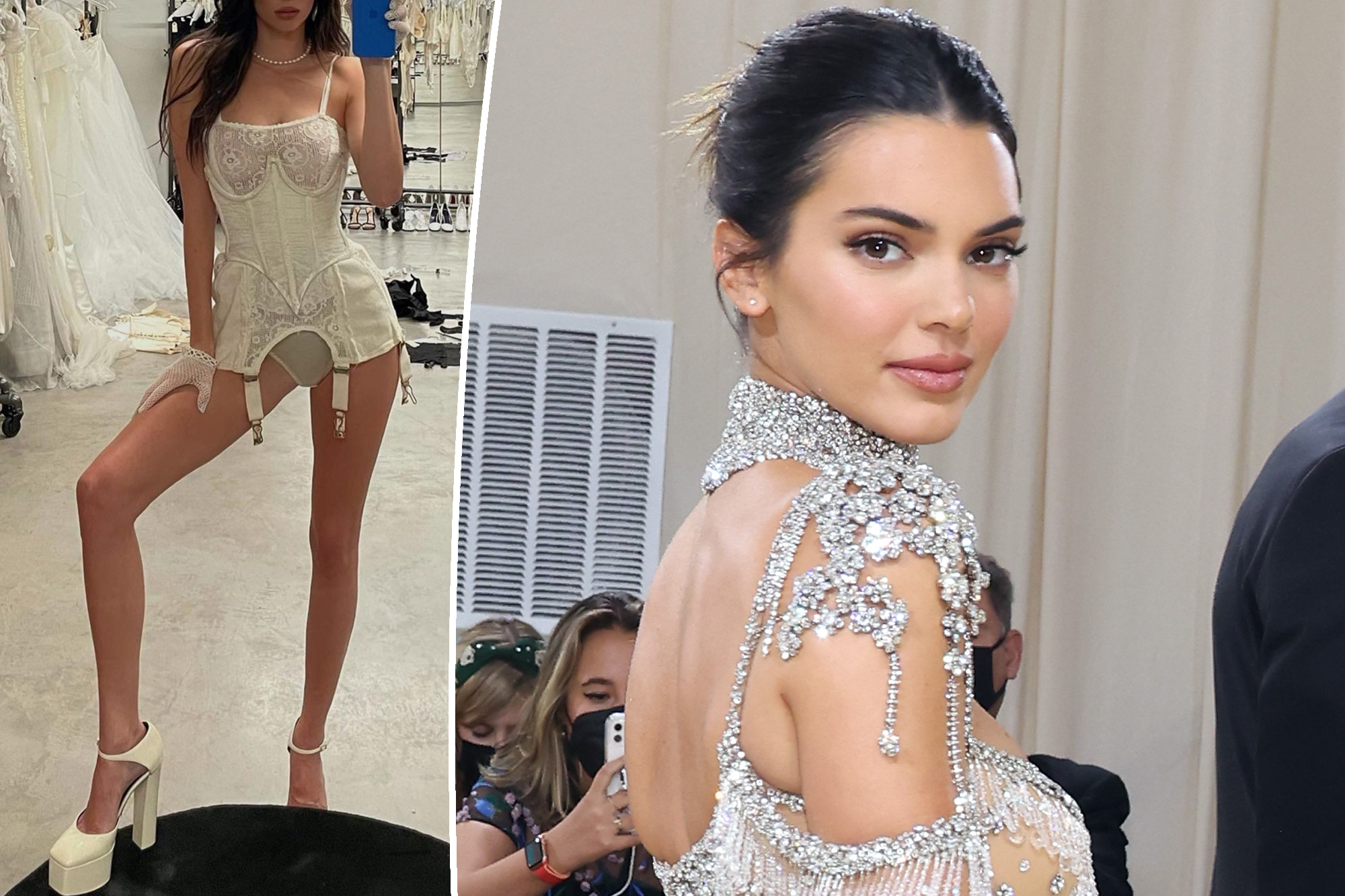 Kendall Jenner might not be the latest Kardashian to get engaged, but she’s still sporting a veil.

The 25-year-old model debuted her Halloween costume a little early this year, sharing a series of photos dressed in a corpse bride costume, complete with a long lacy veil and sheer gloves.

She put a skin-baring spin on the bridal look, rocking a white thong and bra with retro Giuseppe Zanotti heels.

It seems she tried on several styles before settling on the set, as she shared Instagram Stories wearing both lace and leather corsets.

Perhaps she borrowed the idea from her newly engaged sister Kourtney Kardashian, who got some practice being a bride when she rocked her own corpse bride costume back in 2016.

With the Kardashian-Jenners known to sport multiple costumes each year, it’s unclear whether she’ll say “I do” to this look on October 31, or debut a completely different one.

She sported a different monochromatic, corseted costume to channel Anderson, donning fishnets and black leather to recreate the actress’ look from the 1996 cult classic “Barb Wire.”

Since the star’s birthday is on November 3, she regularly goes all out for Halloween, often sporting costumes to her Halloween-themed birthday bashes.