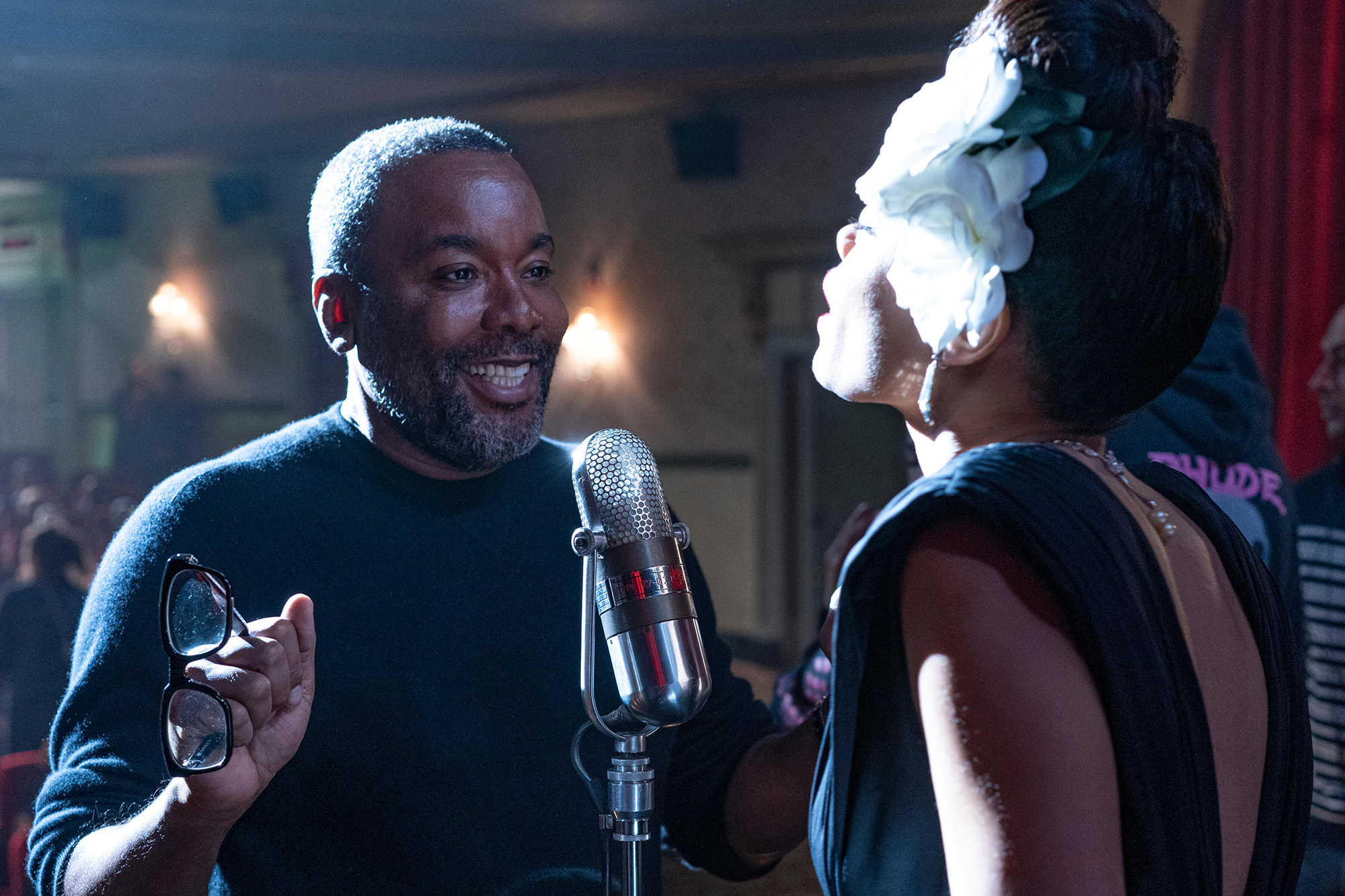 At the intersection of artistry and addiction, director Lee Daniels found his connection with late blues icon Billie Holiday.

“I had to tell her story because it lived in me on so many different levels,” Daniels told The Post. “Not just as an artist, but as an artist who also struggled with addiction.”

Daniels, 61, pulls back the curtain on the troubled 1940s jazz singer’s simultaneous battles with substance abuse and the federal government in his new film, “The United States vs. Billie Holiday,” out Friday on Hulu. The movie stars Andra Day as Billie Holiday, who has already been nominated for two Golden Globes for the performance.

The harrowing tale of Holiday’s traumatic childhood and tumultuous life in the spotlight has been famously recounted in the 1972 classic “Lady Sings the Blues,” starring Diana Ross, and on Broadway in the musical “Lady Day at Emerson’s Bar and Grill,” led by Audra McDonald in 2014.

But in his tribute to the legendary songstress, Daniels chose to focus less on Holiday’s troubled past, and more on her ill-fated relationship with federal agent Jimmy Fletcher.

The affair started when Fletcher was tapped by openly racist Federal Bureau of Narcotics Chief Harry Anslinger to take Holiday down for her heroin use.

But Anslinger’s true motive for targeting Holiday was to stop her from singing her anti-lynching anthem “Strange Fruit.”

“I get chills thinking about those lyrics,” Daniels said. “They’re so powerful because she called out social injustice when no one else would.”

“Strange Fruit” was originally a poem written by Jewish high school teacher and civil rights activist Abel Meeropol in 1937. The Bronx native penned the verse after seeing a haunting picture of a double lynching, and set the words to music for Holiday to begin performing at racially integrated New York City nightclubs in 1939.

The protest song infamously exposed the violence committed by white people who murdered black Americans by hanging them from trees in the segregated South.

Amid the spectacle of Holiday’s opioid abuse, extramarital liaisons — including an intimate relationship with actress Tallulah Bankhead — and repeated stints in jail on drug charges, the movie reaches a climax: a lynching scene, in which Holiday stumbles on a terrible crime.

“That was the hardest thing I’ve ever shot before in my life,” said Daniels, who also directed the Hollywood blockbusters “Precious” and “Lee Daniels’ The Butler.”

In the scene, Holiday wanders off of her tour bus and sees children crying in front of a burning cross, a signature of the Ku Klux Klan. Their father helplessly tries rescuing their mother as her limp body hangs from a branch.

At that moment, Holiday vows to continue performing “Strange Fruit,” despite the FBI’s attempts to silence her.

“She didn’t want to be a hero,” Daniels said. “She would not think of herself as a civil rights leader even though she was one. She just knew she had to sing this song.”

Daniels and Pulitzer Prize-winning screenwriter Suzan-Lori Parks wrapped the film before the nationwide demand for social justice, spurred by the murders of George Floyd and Breonna Taylor, in 2020. Daniels said he hopes the movie inspires the Senate to pass the Emmett Till Antilynching Act, legislation that would officially designate lynching a hate crime.

“I want this film to open up conversations that promote change,” Daniels said. “If we are doing the work to address systemic racism, I think we will have a better America.”

Holiday’s call for change, “Strange Fruit,” was inducted into the Grammy Hall of Fame in 1978, declared the “Song of the Century,” by Time in 1999 and added into the National Recording Registry by the Library of Congress in 2002.

As for Daniels’ homage to the late Lady Day, who died of cirrhosis handcuffed to a hospital bed a few months before he was born in 1959, the filmmaker says she approved of the film.

“On the last day of shooting, I dreamt I saw Ms. Holiday sitting in a 1950s car,” Daniels said.