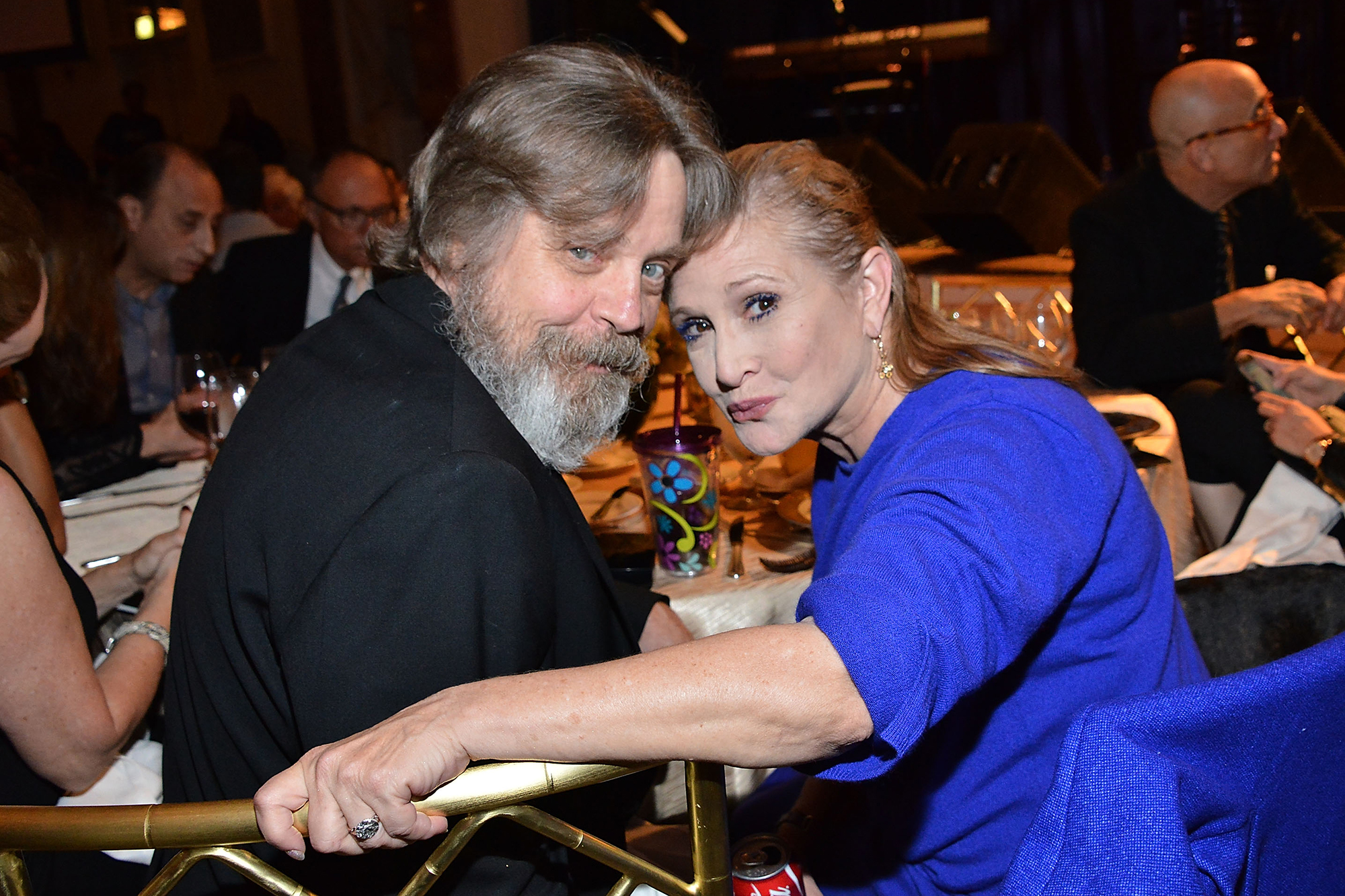 The actress would have turned 65 today, and Hamill, 70, honored her with a heartwarming b-day tribute.

“Happy Birthday to a very special someone who was never not fun & always highly tolerant of my juvenile on-set high jinks … even when she wasn’t in the mood. #CarrieOnForever,” he wrote alongside a red heart emoji and a throwback photo of the pair on the set of their iconic space opera.

Fisher died in 2016 at the age of 60, and her mother, “Singin’ in the Rain” star Debbie Reynolds, died just a day later.

Hamill and the “Postcards From the Edge” screenwriter starred as the brother-and-sister team of Luke Skywalker and Princess Leia in the “Star Wars” franchise between 1977 and 2017.

Fisher’s only child, actress Billie Lourd, recently appeared on the “New Day” podcast and spoke candidly about losing her mother and grandmother in such a short span of time.

“It was brutal. It was really, really brutal, and I still hesitate and stutter, because it’s really hard for me,” Lourd said.

The 29-year-old “Scream Queens” star continued, “I miss my mom every day and my grandma, but really, my mom the most. She was the greatest, funniest person ever. She was my best f–king friend ever. There’s no one who will ever be as funny as she is. She was just — she is amazing.”

Lourd became a mother herself in September 2020 when she welcomed her first child. She also explained on the podcast how living with Fisher taught her “what not to do” today with her son.

“My main job when [Fisher] was alive was taking care of her and making sure she was OK,” Lourd said. “I was her main support, and I was 7, for a lot of the time, and that was really hard and that’s why I grew up really fast because I was her best friend. I was her mother, I was her kid, I was her everything. And that’s one of the things I’m learning not to do with my kid.”

She added, “There’s a lot of things that my mom taught me to do and then there’s a lot that is, honestly it might be more valuable, of what not to do. And that’s one of the things that I will not do to my son, is put this pressure on him that I had on me.”