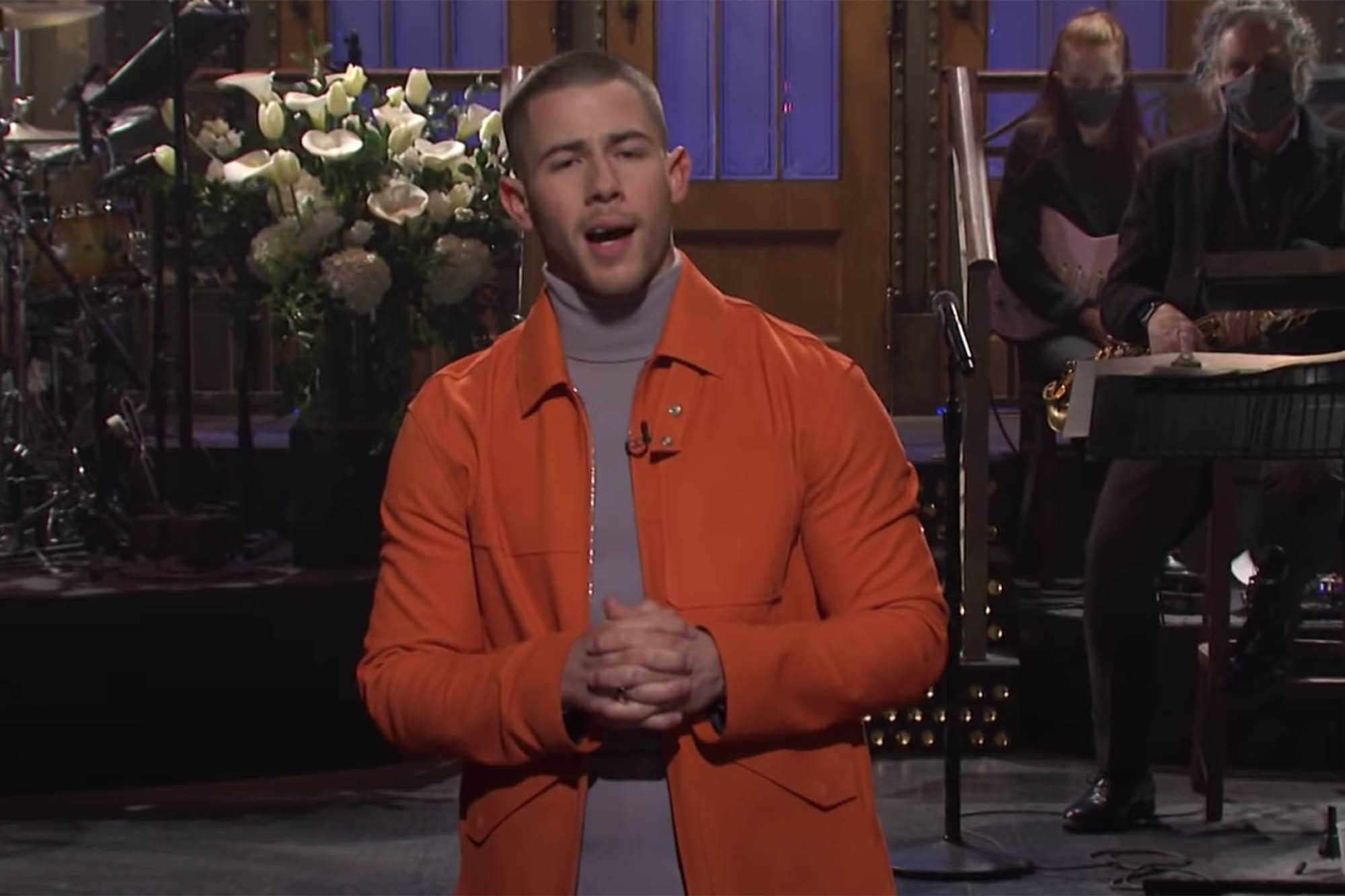 Don’t worry — you can still be a “Sucker” for the Jonas Brothers.

Nick Jonas, the 28-year-old youngest member of the JoBros, assured fans that the fraternal trio was still very much together even as he re-launched his solo career by serving as host and musical guest on this weekend’s “Saturday Night Live.”

Sporting a red jacket  in the opening monologue, Nick greeted his older brother Kevin, who said, “I gotta ask, are we good, ’cause, uh, I see you’re doing a lot of solo stuff? Are we still a band?”

To which Nick replied, “Of course.”

Then Kevin got a big laugh by asking again for confirmation: “Are you sure? ’Cause I just bought a house.”

But Nick again burned up any breakup rumors: “Kevin, the band is still together. I promise.”

And with that, the future of the Jonas Brothers was made very clear minutes into “SNL,” as Nick was the first star to pull double duty on the show since Harry Styles in November 2019. Ironically, that included a memorable Sara Lee skit in which Styles commented “wreck me daddy” on a picture of Jonas.

While Jonas wasn’t quite as memorable as Styles — and the poor writing could certainly have something to do with that — he introduced his new single “Spaceman” in swoon-worthy style. Later in the show, the “Jealous” crooner also performed another new track, “This Is Heaven,” from his upcoming solo album, also titled “Spaceman,” due March 12.

Jonas will also return for his second stint as a coach on “The Voice” for the NBC juggernaut’s 20th season premiering on Monday.