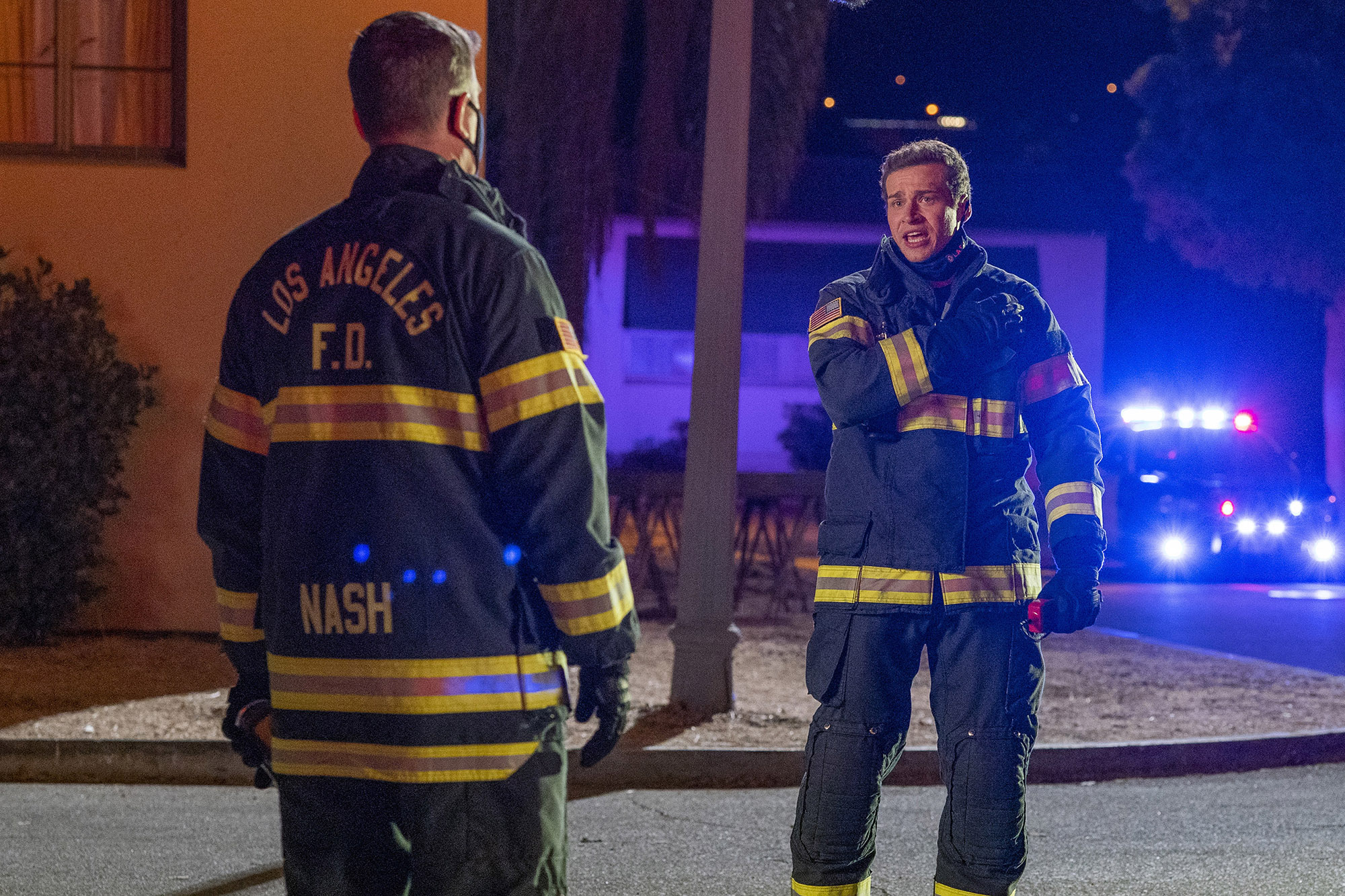 The British-born Stark, 29 — also also known for “Into The Badlands” and “Luther” — answered some questions for The Post.

I get to play this character who is so different from other [characters] on TV. He’s super-cocky at times and plays a bit too much into the macho stereotype — but then, at the same time, he can be vulnerable and sensitive. It’s something that I’m really enjoying.

Is there anything about your real-life persona that you’ve added to Buck?

I think as an actor you always bring a certain element of your own life experience to a part. When I first auditioned for the role, one of the things that I like to think helped me secure the role is [that] I tried to bring a little bit of London charisma and London charm, rather than play the stereotypical California firefighter that we’ve seen before. This is quite a British word to use, but I thought, “Let’s make him a little cheeky.” I think pulling that from my own experience really gave Buck this new element that people seem to connect to.

This show is known for its outlandish disasters. Was there one that was the most fun to film?

One of my favorites goes all the way back to Season 1. It was this episode where, because there was a full moon, everybody was going particularly crazy. Myself and Peter Krause’s character, Bobby, go into this yoga studio with a yoga class for pregnant women — three of whom happened to go into labor. It was just such a chaotic night, but chaotic in the best way. We had fun with it. That one always sticks out in my mind.

You’ve got a lot of great co-stars, is there any that you particularly enjoy working with?

Kenneth Choi and Peter Krause have really become quite important people in my life. They’ve taken on this friend/mentor role to me, where we’re great buddies but at the same time if I want their advice on anything, I can go to them. It’s been a lovely bond to form over the years.

Has anything surprised you about “9-1-1” over the years?

The biggest eye-opener for me was just the wide variety of emergency calls that firefighters end up on. I quite naively thought that they fight fires — and it turns out that 80 percent of the calls they end up on are medical calls. It just goes to show the wide array of training they have, to be able to deal with so many different types of emergencies. Now more than ever it’s important to highlight the role of first responders and all that they’re doing. We all feel lucky to have the opportunity to shine a light on them and hopefully pay tribute to them through our show.

What’s ahead for Buck for the rest of the season?

He’s had a relatively trying start to the season, he’s trying to find some lightness again. He’s going to try to put himself on the dating scene — not to much immediate success, but getting back up on the horse is his first step.