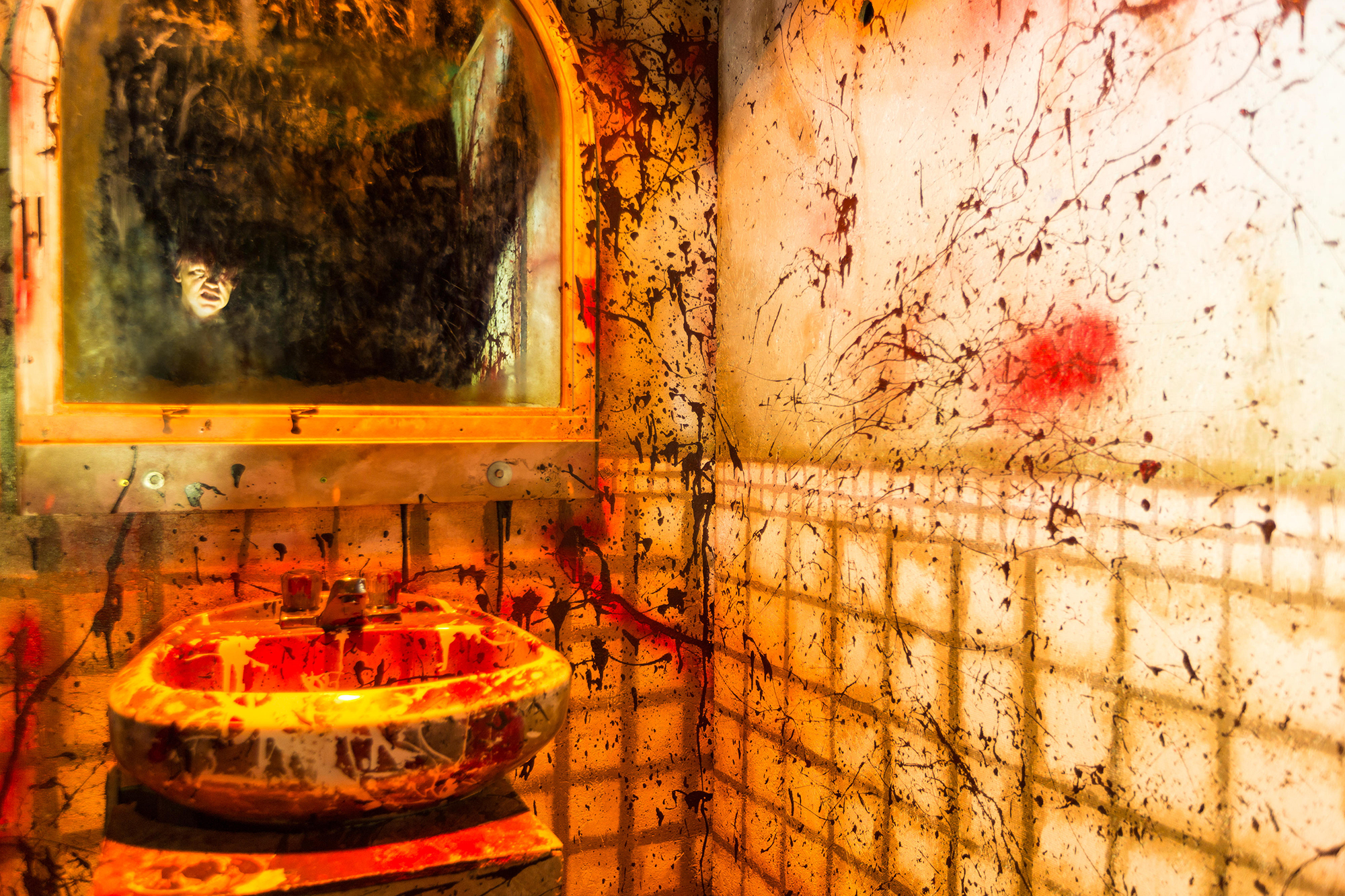 A TikTok video that went viral this week for revealing an eerie portal between two apartments has prompted another chilling revelation involving bathroom mirrors and murder.

In the creepy clip posted on Thursday, the New York City renter Samantha Hartsoe shares that she felt a cool draft from behind her bathroom mirror. Intrigued, she decided to take down the mirror to investigate the breeze, and found a gaping hole leading into a mysteriously empty room.

“Seriously never would I have expected to find this … and I documented all of it,” Hartsoe wrote in a caption for the first clip, which has drawn 9 million views so far.

In a four-part series on Hartsoe’s TikTok channel, she is seen gearing up with a face mask and head lamp for an expedition into the dilapidated space — bringing a hammer with her for protection. When a friend, heard in the background of one video, tells Hartsoe she’s “holding it wrong,” she retorts, “Is there a wrong way to hold a hammer to kill somebody? No.”

Thankfully, the hammer wasn’t needed on this occasion; Hartsoe made it out of the apparently deserted adjacent apartment alive and unscathed. But a similar story dating back to the 1980s tells of a tragic ending to a mirror mystery, as followers of the spooky saga have since revealed.

“A woman named ruthie mae mccoy was murdered in chicago in the 80s by someone who came into her apartment through her bathroom mirror, the candyman movie is allegedly loosely based on it. lawsuit!!!” said @afroelven on Twitter, followed by a link to a 1987 article found on the Chicago Reader, which tells the complete story of McCoy: a woman who was murdered by someone who crawled through her bathroom mirror.

Journalist Steve Bogira, who wrote the original piece, has also suggested that the McCoy murder inspired the 1992 “Candyman” film.

Indeed, there are several parallel elements between McCoy’s murder and “Candyman,” such as the fact that the film also takes place in Chicago, in a public housing complex of a similar layout and demographic as McCoy’s. While the horror flick references the notorious Cabrini-Green complex in Chi-town, the real-life mirror murder took place at the Grace Abbott Homes, not far from Cabrini-Green.

The “Candyman” protagonist, who investigates the site of the bathroom-based killings in the movie, also befriends a women bearing a familiar name: Anne-Marie McCoy.

Whether our heroine is in grave danger is yet unclear, but Hartsoe stated in her final installment that she plans to have a “really fun phone call” with her landlord.