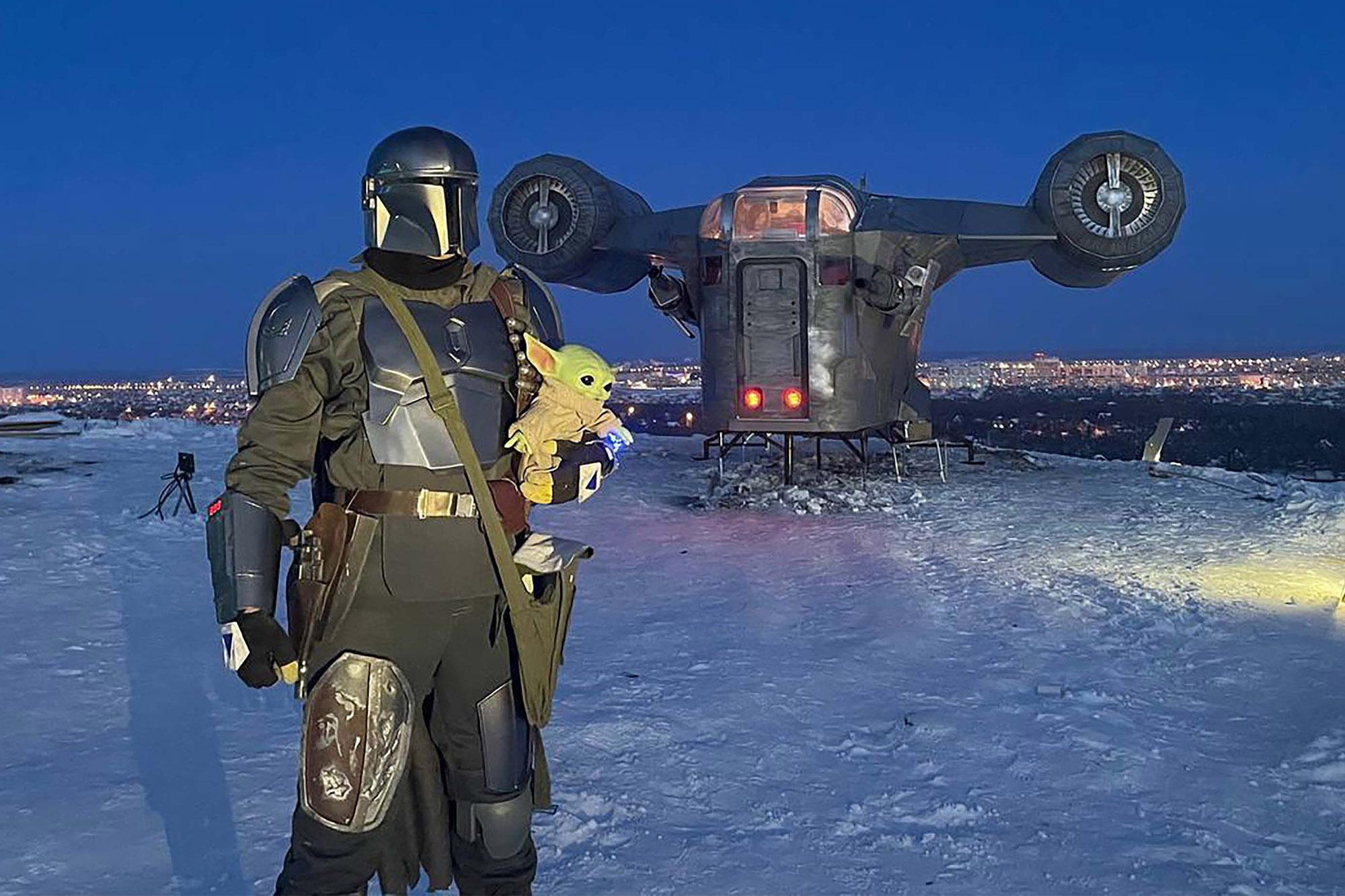 Star Wars’ “Mandalorian” has touched down in a location far, far away.

A group of fans of the iconic sci-fi franchise rebuilt a life-sized replica of the Razor Crest –the starship used by the show’s titular main character — and plopped it in the east Russian city of Yakutsk, Siberia.

“Our Instagram followers helped us. When we called for assistance, they helped us raise the needed funds,” Fyodrov said, according to the Moscow Times.

“The Yakutsk IT park, a [local] private company, helped us rent a hangar, the only place where the structure could fit.”

Fyodrov and crew meticulously painted their replica to match the design of the original ship.

Fyodorov told AFP the model cost more than 750,00 rubles, or $10,200. Besides fundraising, the Star Wars fan said he dipped into savings and sold his car to make his dream a reality.

“We were very much motivated to make it. As if we were inside the TV series and rebuilding the ship,” he said.

“This is the only such cosplay ship in the world.”

The model ship has now become a major attraction for locals, AFP said.