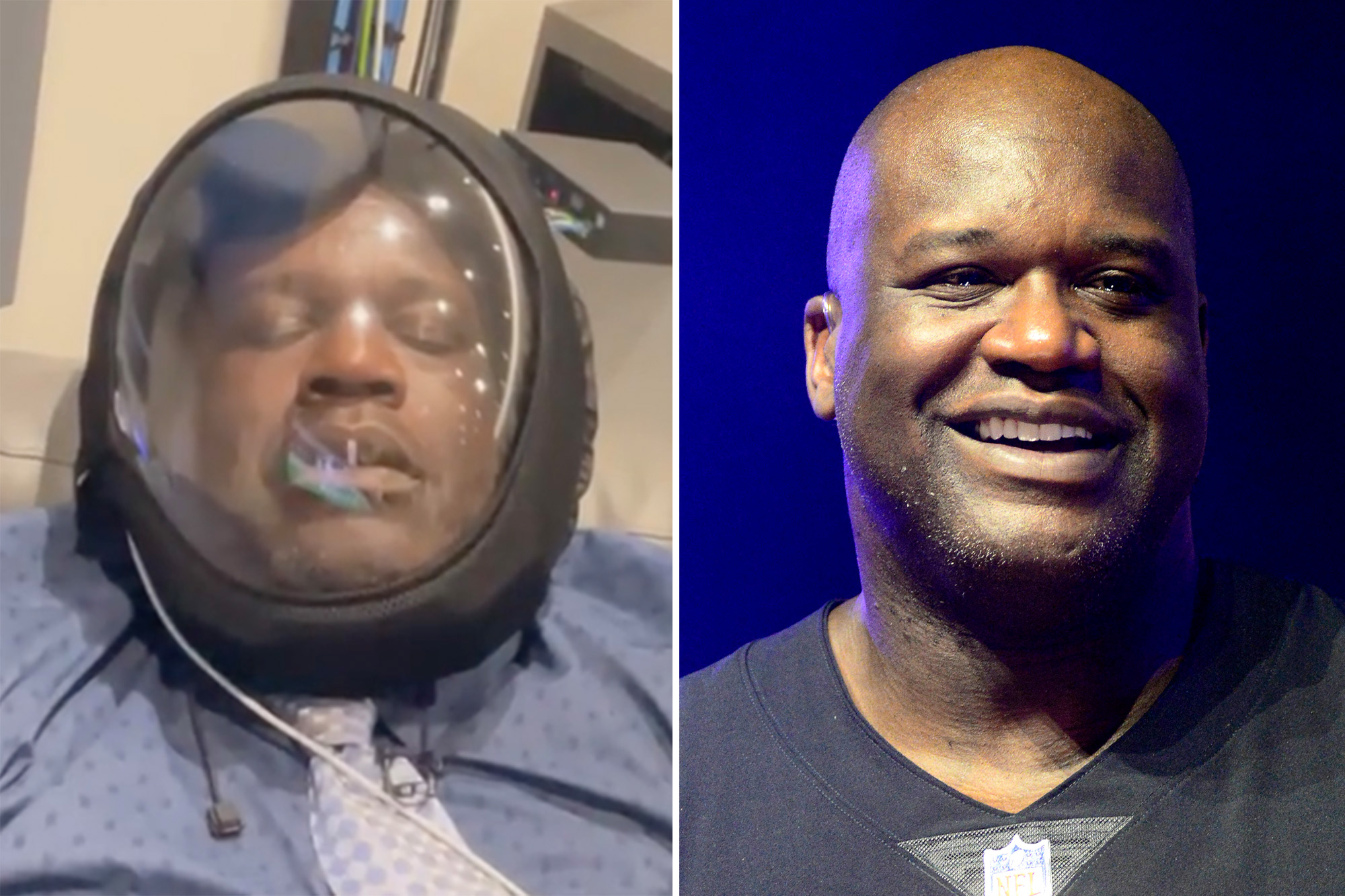 He wins the NBA snoring title.

Retired basketball legend Shaquille O’Neal put the zzzs in “Kazaam” after his “NBA on TNT” co-hosts caught him sleeping — quite loudly — while on the job. The original Instagram story of the Shaq-nap has since disappeared, however, the footage is currently going viral on Twitter.

The brief clip, posted by O’Neal’s colleague Dwyane Wade, depicts the 48-year-old hall-of-famer slumbering in his office while fellow analysts Wade and Candace Parker look on in amusement. Encasing Shaq’s head is a bizarre bubble-like apparatus — which some commenters have claimed is a CPAP machine to reduce the ex-All-Star’s sleep apnea symptoms.

Others have joked that it looks like an “astronaut” helmet while another Twitter user suggested it was one of “those rich guy covid helmets,” which The Post reviewed in October.

“What the hell is going on here,” an aghast Wade, 39, can be heard saying. “We supposed to be working.”

If that wasn’t ridiculous enough, the 7-foot-1 Lakers legend begins snoring ferociously, causing the bystanders to collapse into a fit of giggles.

“Listen closely what kind of roar is this,” reads the on-screen caption.

The clip ends without them waking the sleeping giant.