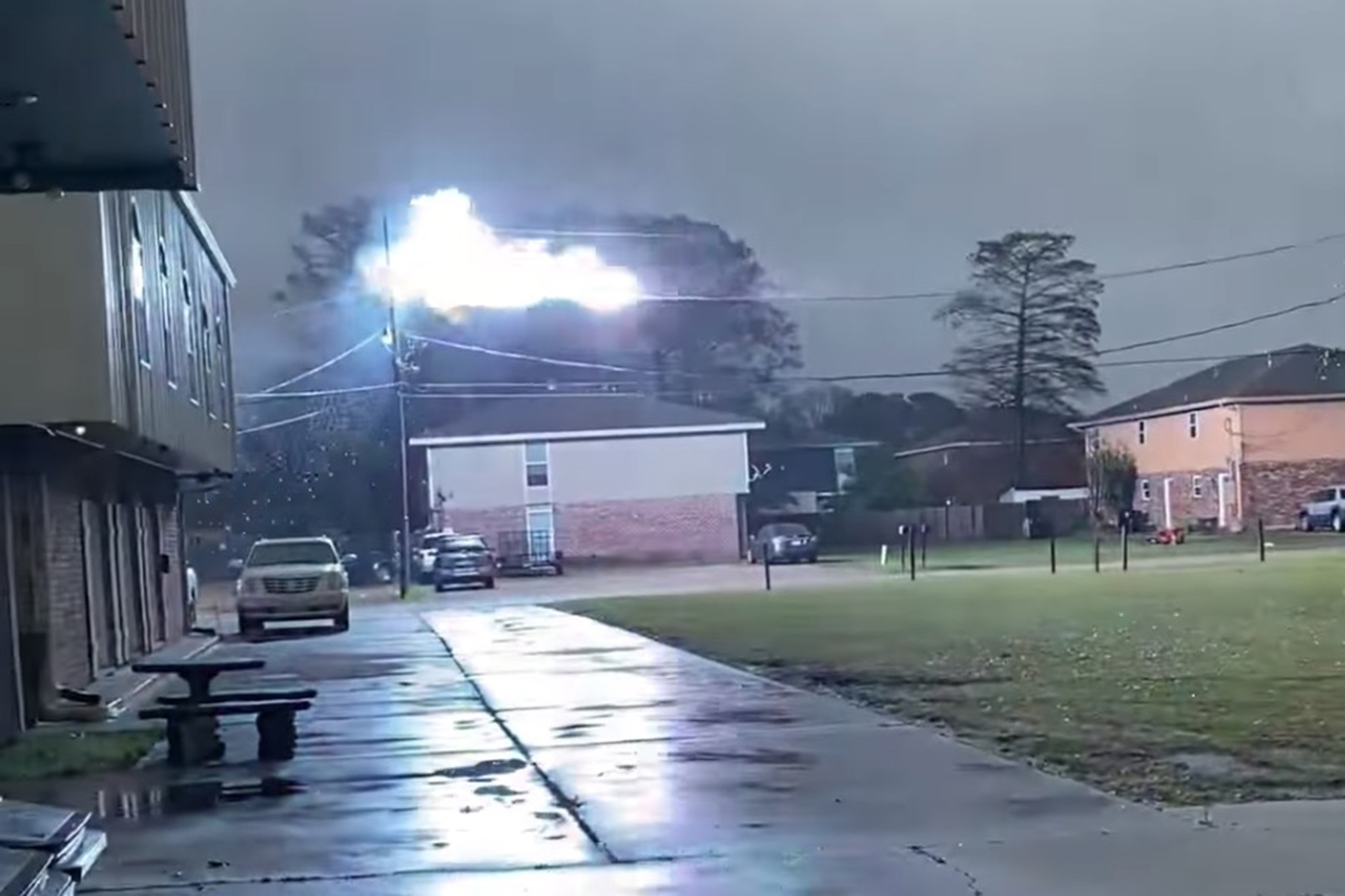 Shocking footage shows a ball of electricity zipping along a frozen Louisiana power line amid the deadly winter storms barreling across the South.

The now-viral video was recorded by a bystander in Kenner, but was posted to Twitter by NBC outlet WDSU on Monday — and it has since racked up 4.1 million views in less than 24 hours.

The electrifying 40-second clip, which was recorded near the aptly named Power Boulevard, shows two fiery blue orbs racing across power lines like Livewire from “Supergirl.”

Fitzmorris compared the spectacle to watching “a roadrunner run from a lightning strike.”

The electrifying phenomenon was sparked by a downed transformer, which caused the power to surge near the outage, local TV outlets reported. Traffic was reportedly shut down in the intersection as workers scrambled to repair the malfunctioned wires.

Check out the original full-length clip below:

Needless to say, the clip sparked a frenzy of responses in the Twitterverse.

“That looks like ball lightning traveling on the power line. It’s a real thing,” marveled one gawker.

Another jokester compared the phenomenon to the time-traveling car in “Back To The Future.”

“They didn’t have the plutonium on hand to power the Delorean, so they needed a way to harness the 1.21 Gigawatts of electricity necessary to power the flux capacitor, which is what makes time travel,” they wrote.

However, the storm is no laughing matter. The ferocious blizzard has killed at least 25 people across several Southern states and left more than 4 million without power in Texas alone.