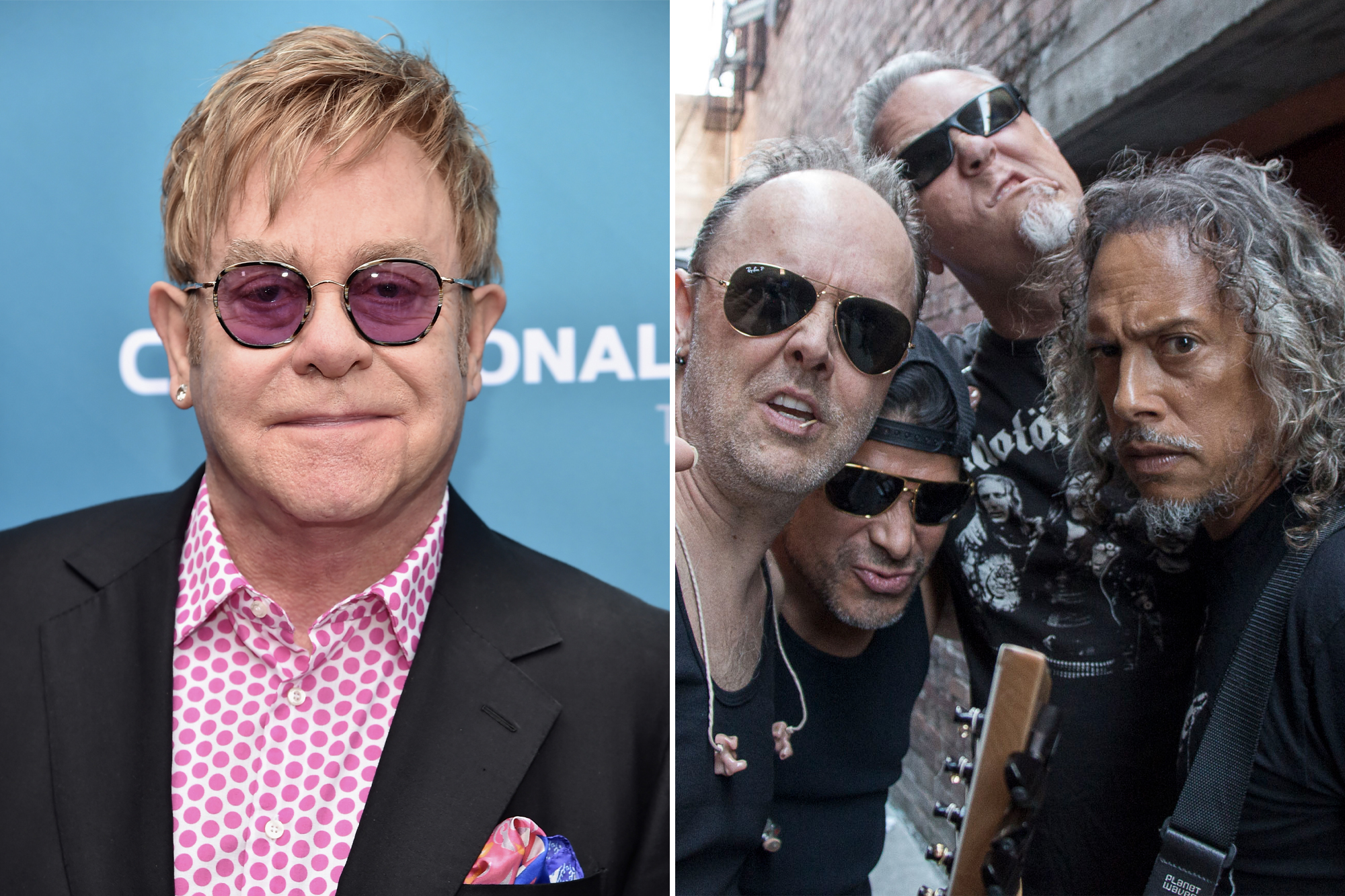 In what is perhaps one of the unlikeliest of rock music collaborations, glam rock icon Sir Elton John has announced that he’s working with Metallica.

The 74-year-old legend spoke to singer SG Lewis on his Elton’s Apple Music show “Rocket Hour” about the upcoming project — which he revealed in no specific terms.

“I’ve just done something with Metallica, during this lockdown period,” Elton said.

“I haven’t been doing any Elton stuff — but I’ve been doing great stuff with other people,” he continued. “So I’ll get you my email, email me and let’s get together and do something, OK?”

Nothing more was revealed regarding said side projects, but the news adds to Metallica’s pop music reach as of late. It was late last year when Miley Cyrus revealed that she was planning a Metallica-endorsed covers album — which reportedly features the “Rocketman” man on piano for a new version of the band’s 1991 single “Nothing Else Matters.”

“I’m so excited about this collaboration,” Cyrus told Capital FM in January.

“I mean, having Elton John and Metallica and me … I love when ingredients don’t quite fit. Or it seems like a concoction that no one would ever put together, and you gotta have someone like [the song’s producer Andrew] Watt that will take that risk,” she added.

The musicians’ mutual respect runs deep. Metallica drummer Lars Ulrich shared an image of himself, wife Jessica Miller and Sir Elton back in 2019, backstage at the Chase Center in San Francisco, where the rockers performed with the San Francisco Symphony orchestra.

“Beyond inspiring to spend an evening in the company of one of the greatest songwriters and entertainers ever…. thank you Elton for your generosity and embracing vibes!,” Ulrich wrote of the occasion.