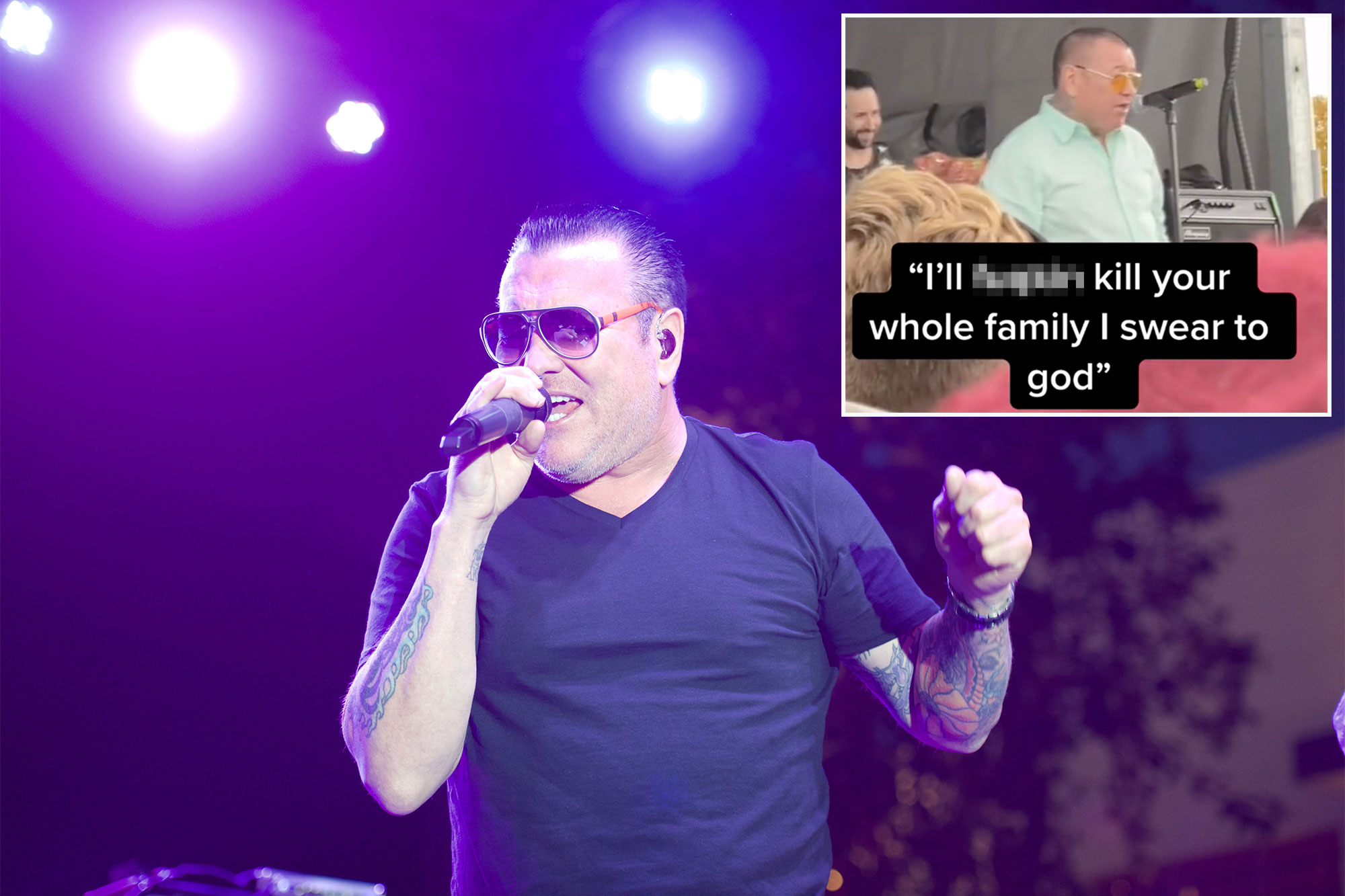 The band performed a concert in upstate New York on Saturday. In a video of the event, Harwell, 54, can be seen slurring his words, threatening the audience and seemingly giving a Nazi salute to the crowd.

TikTok user @doesthisfeelgood caught the wild show during the Big Sip beer fest in Bethel, NY, and the footage has since been making the rounds online.

The clip showed the band having technical issues during the performance as they struggled to play over a seemingly broken PA system.

Harwell could be seen dropping his drinks, swaying back and forth onstage and flipping the bird while cursing multiple times.

Smash Mouth was blasted once before last year when they decided to play at the Sturgis Motorcycle Rally in South Dakota during the height of COVID-19.

He currently manages his condition with medication and decided to change his lifestyle, his rep revealed at the time.