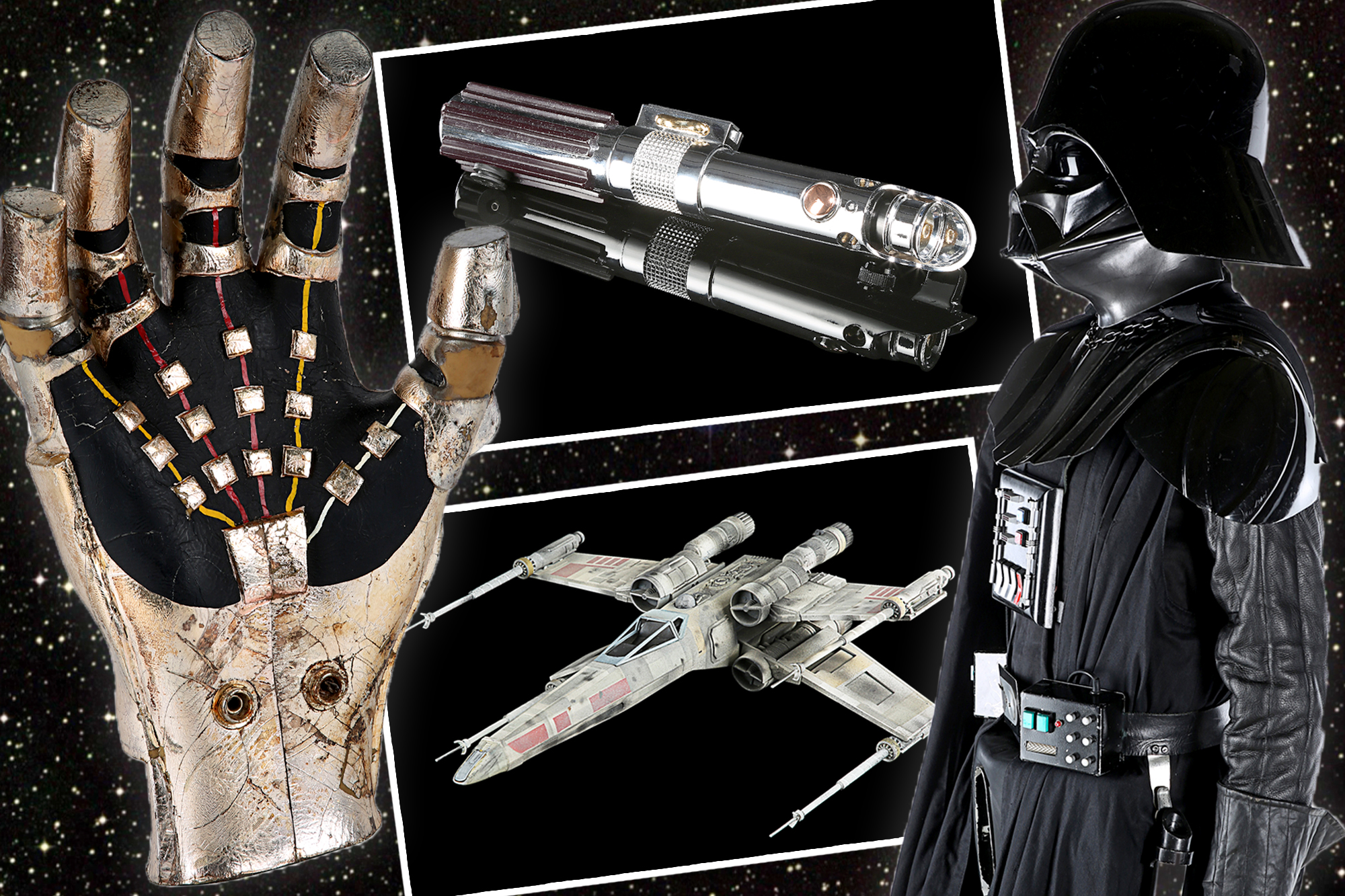 The force can now be with you in the form of movie memorabilia.

In a landfall moment for deep-pocketed “Star Wars” diehards, a slew of enviable props and costumes from the beloved franchise are heading to the auction block next month. The lineup of film collectibles to go under the hammer include Anakin Skywalker’s lightsaber from “Revenge of the Sith,” a Stormtrooper helmet from “Return of the Jedi” and more.

The items are set to net a pretty penny for London- and Los Angeles-based company Prop Store, which is no newcomer to selling “Star Wars” tokens.

“We’re thrilled to be back with another amazing collection of ‘Star Wars’ treasures. Fans will have the opportunity to get their hands on some truly iconic pieces from the ‘Star Wars’ universe, spanning from ‘A New Hope’ (1979) to ‘The Last Jedi’ (2017),” Prop Store CEO Stephen Lane said in a press release about the auction. The items will be sold in conjunction with more than 1,000 props and costumes at the company’s Entertainment Memorabilia Live Auction, set to happen from Nov. 9 to Nov. 11 in London — although online and phoned-in bids will also be accepted.

While Skywalker’s lightsaber and the Stormtrooper helmet are the headlining lots to hit the block, their estimated worth of $82,440 and $206,000, respectively, doesn’t put them at the top of the price range. That slot is reserved for a light-up ILM X-wing filming miniature from “Return of the Jedi,” which is expected to sell for up to $412,200.