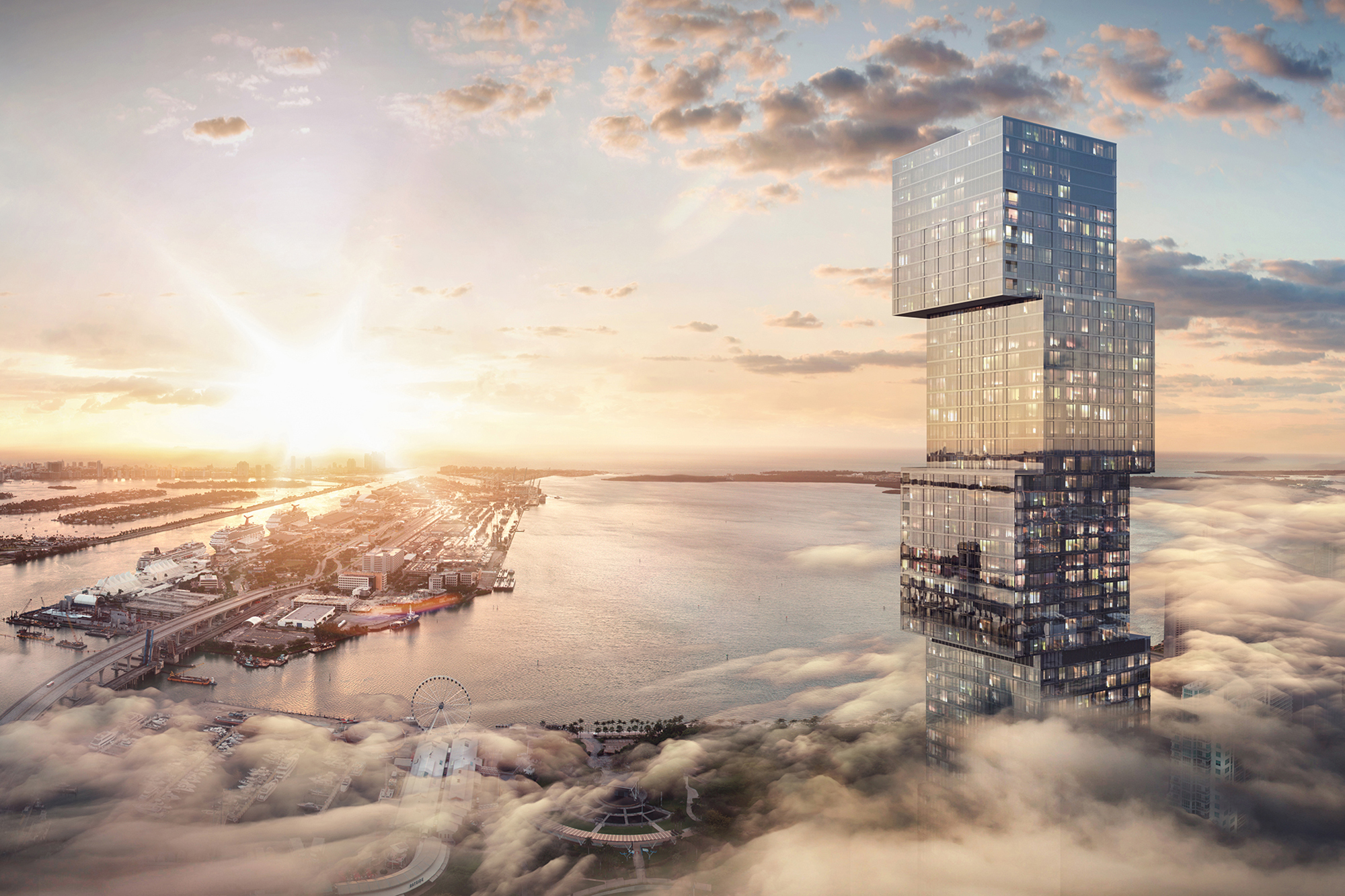 Miami is on the rise in more ways than one.

Not only has the city attracted boatloads of wealthy Manhattanites during the pandemic, but even the skyline is getting the NYC treatment.

A new 100-story luxury tower, the Waldorf Astoria Residences Miami, is now open for sales starting today — and, once complete (it breaks ground next year), it will become the highest residential tower south of Manhattan.

The first Waldorf Astoria in Miami, the property will sit 1,049 feet above Biscayne Bay and offer sweeping views of both the water and the city below.

It will have a mix of 360 residences and 205 hotel rooms and suites that will belong to the five-star Waldorf Astoria hotel. Condo prices start at $1 million and rise to a mysteriously unspecified amount — but we’re sure if you ask extra nicely they’ll be happed to let you drop $10 million on something!

“It’s not every day that you get to work with an iconic five-star brand to build a tower that is also the tallest below New York City,” Ryan Shear, managing partner of PMG, the New York and Miami-based developer behind the project, told The Post.

The building will feature all sorts of luxury amenities, from a resort-style pool deck and private cabanas to a spa and specialty restaurant.

The individual residences will be very hooked up, too, with smart-home technology and a custom mobile app that connects occupants to a concierge service with lots of offerings (think dog-walking services, 24/7 room service and wellness treatments).

But all conveniences and comforts aside, the true star of the show may just be the tower itself.

The result? A sleek and unique tower that looks like it may or may not topple over at any given moment.

“We’re pretty modern with most of our buildings at PMG, and we really wanted to turn this one into a ‘stop and think’ piece, where it leads people to ask: ‘How did they build that tower?’ ” said Shear, who worked alongside partners Dan Kaplan and Kevin Maloney in the development.

He noted that the building has already gotten the reaction he and his team were looking for.

“A lot of the feedback we’ve gotten from brokers and people in general has been: ‘Are you sure that’s going to stand up?’ ” he laughed. “That was our whole goal, to create an optical illusion, a piece of art that makes people talk.”