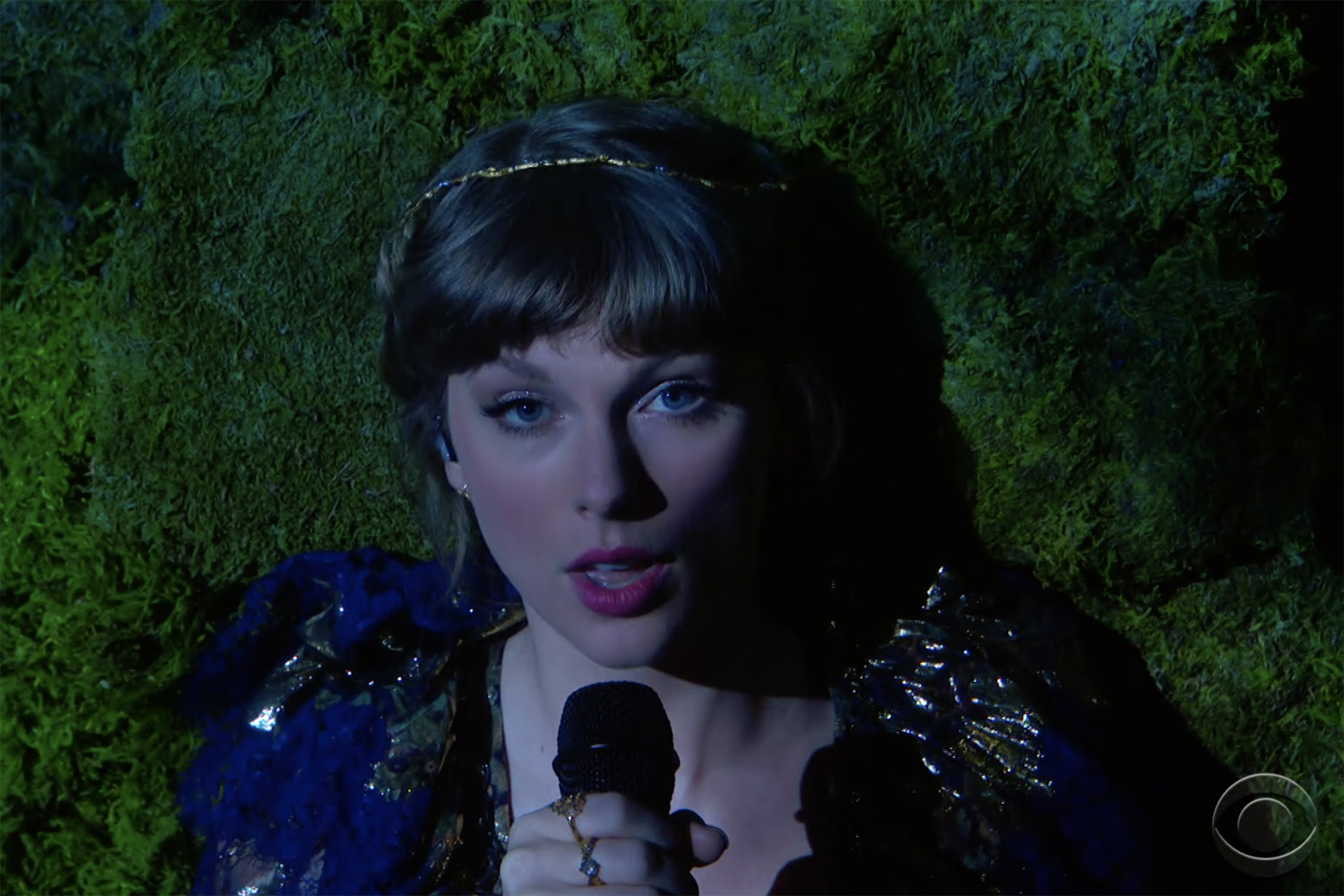 She was sprawled like a woodland fairy on a bed of vibrant green AstroTurf when she first appeared at Grammys 2021.

Swift, 31, quickly morphed into an amber-lighted singer-songwriter diva with “August,” followed by an equally naturalistic “Willow.”

The general social media consensus was that her less-flashy-than-usual performance was positively “dreamy.”

“It’s pretty wild how much time has passed since my first Grammy nomination. I still feel pretty lucky to still be a part of this night,” Swift told ET during a rehearsal break earlier this week. “I think the advice I would give myself when I was younger is probably to, when things get hard, always focus in on how much I love music.”

If she takes the top prize, Swift would become the first woman to win Album of the Year three times.