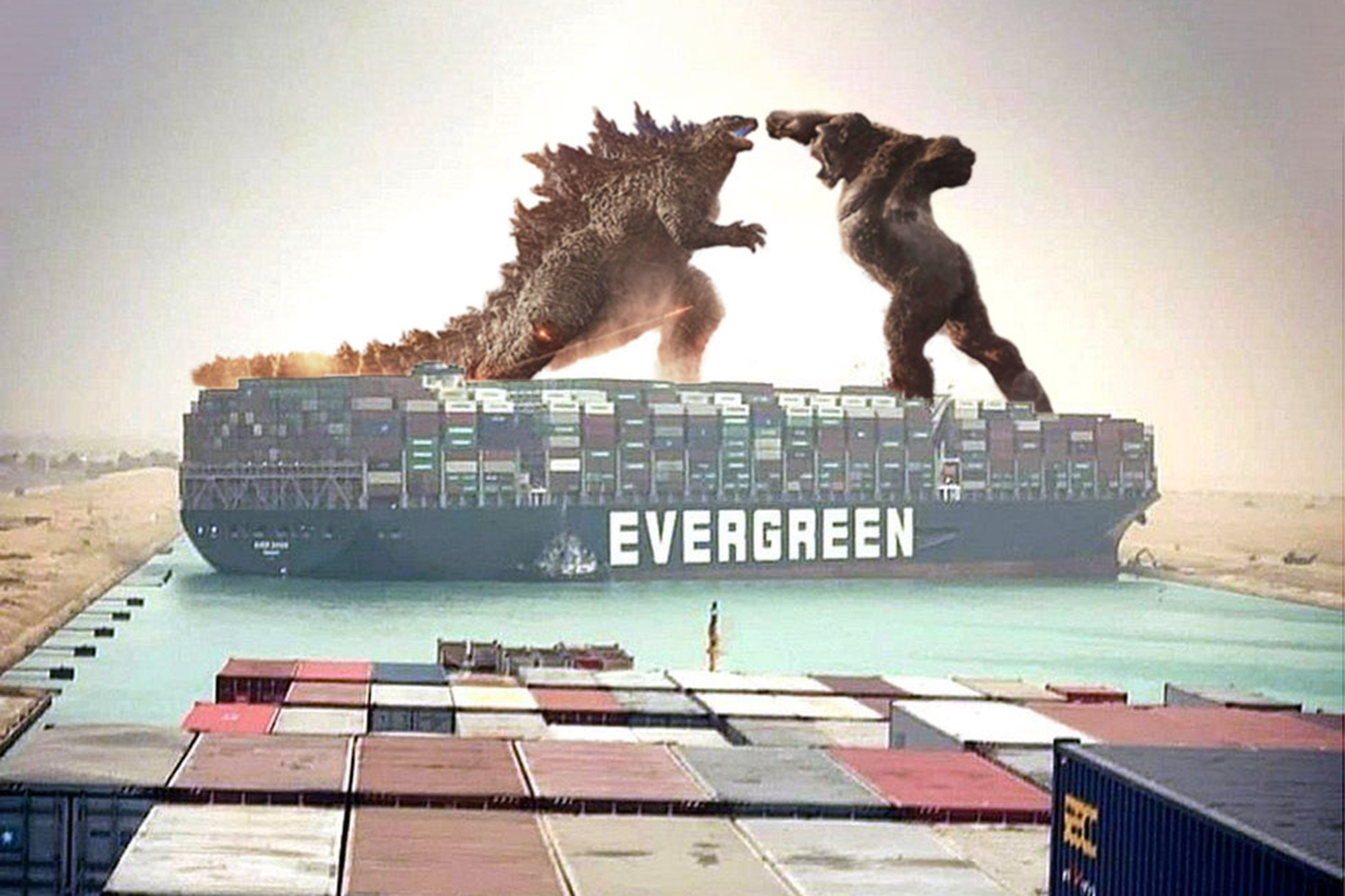 It may be causing a global trade crisis, but the ship stuck in the Suez Canal sure is hilarious meme fodder.

The massive container ship blocked the canal earlier this week, preventing roughly 150 other cargo ships from passing through the crucial link between Africa and Asia. The Ever Given — which is longer than four football fields and weighs 440 million pounds — was lodged in the waterway Tuesday as attempts to refloat it failed.

But one industry’s crisis appears to be another’s field day. The internet went wild with memes poking fun at the disaster — and putting it into context in a way only Twitter jokers could.

Here are a few of the best ones to help explain the drama in the water.

One onlooker superimposed the likes of King Kong and Godzilla on the ship, joking that “the situation in the Suez Canal has escalated.”

Another user shared a map of the ship’s route on the Suez Canal and questioned, “Is there a traffic jam?” Alongside the tweet he posted a finger emoji pointing down to the map.

“What is happing in #SuezCanal today explained. #Egypt,” tweeted one observer. Underneath the post was a video of the hilarious scene from the movie “Austin Powers,” in which Mike Myers’ character tries to do a three-point turn while driving a cart in a narrow hallway.

Another commenter shared a funny satirical cartoon where it showed two sides of the canal labeled “procrastination.”

Some instantly saw the ship as a symbol for the mental toll of the coronavirus pandemic. One user posted a photo of the Ever Given with the words “My COVID depression and anxiety” slapped across. Next to the humongous ship was two small construction workers labeled “going on a daily walk.”

“Good news for today: whatever happens, at least you’re not the guy who got his boat stuck in the suez canal and broke maritime shipping,” joked one Twitter user.

Alongside a photo of the Ever Given being strung up by thousands of colorful balloons, an observer wrote, “Tension rises over new attempt to re-float ship in #SuezCanal #EVERGIVEN #oott.”

But even without the wit of the internet, the ship managed to make itself a joke by charting a route that appeared to be a penis, testicles and an enormous booty in the Red Sea.