This little girl is more scared of gender norms than scary movies.

Pint-sized horror fan Coral DeGraves would much rather dress up like “Chucky” than “Cinderella.”

“Coral has never really taken to princesses and other things in that realm,” the 7-year-old’s mother, Cheyenne, told Caters News Agency of her daughter, whom she’s helped cosplay as more than 60 iconic, terrifying characters. “She doesn’t necessarily turn her nose up to princesses or fairy tales; she’s just never shown a distinct interest.”

Coral’s inclination for gore became clear when she was still a baby and she expressed an interest in the main villain from the slasher film franchise “Child’s Play.”

“When Coral was about 2 years old, she became drawn to Chucky, so for fun I made her a little Good Gal’s costume,” said Maryland mom Cheyenne, 31, referring to a female equivalent of the “Good Guy” doll that Chucky’s spirit inhabits in the films. “She wound up later asking to wear that same costume to a horror convention a few months later.”

While Cheyenne — who works as an office manager — was initially surprised by Coral’s taste for terror, she sees no problem with it.

“While she loves all things horror and paranormal, she is just as much your regular animal-loving, adventure-seeking Girl Scout,” she explained. Now, the pair regularly attend horror conventions together in homemade outfits depicting a gory tooth fairy, the Joker, the “Bride of Frankenstein,” Stephen King’s creeper clown Pennywise from “It” (Coral’s favorite film) and a terrifying Tinkerbell. Plus, getting to meet some of the actors and artists behind scary characters has taken “the fear out of the images and movies” for Coral, her mom said.

Still, due to her age, Cheyenne makes sure to vet all horror films before letting Coral watch them. “Her father and I are very cautious of what she is actually allowed to see,” she explained. The horror classic “The Exorcist,” for example, has been deemed inappropriate for now.

The relatively unique hobby has made Coral popular among her friends, who she said “think it’s neat that I like scary things, even though they don’t.”

Strangers, though, are occasionally are put off by it. “Sometimes they stand and stare from far away, trying to figure out what I’m doing, or they turn around and avoid me. It’s always funny though.” But Coral always manages to take nasty reactions in stride.

And both her and Cheyenne take pride in helping show the world that plenty of little girls like horror flicks, too.

“We love doing these scary cosplays and makeup looks because so often girls are left out of these things,” said Cheyenne. “When you shop for children’s Halloween costumes, the boys’ selection has skeletons, zombies, ghouls and monsters, while the selection for girls is extremely limited on these styles. We know there are more girls out there with the same interests and want to show them that they can totally be the same cool, gruesome creatures.” 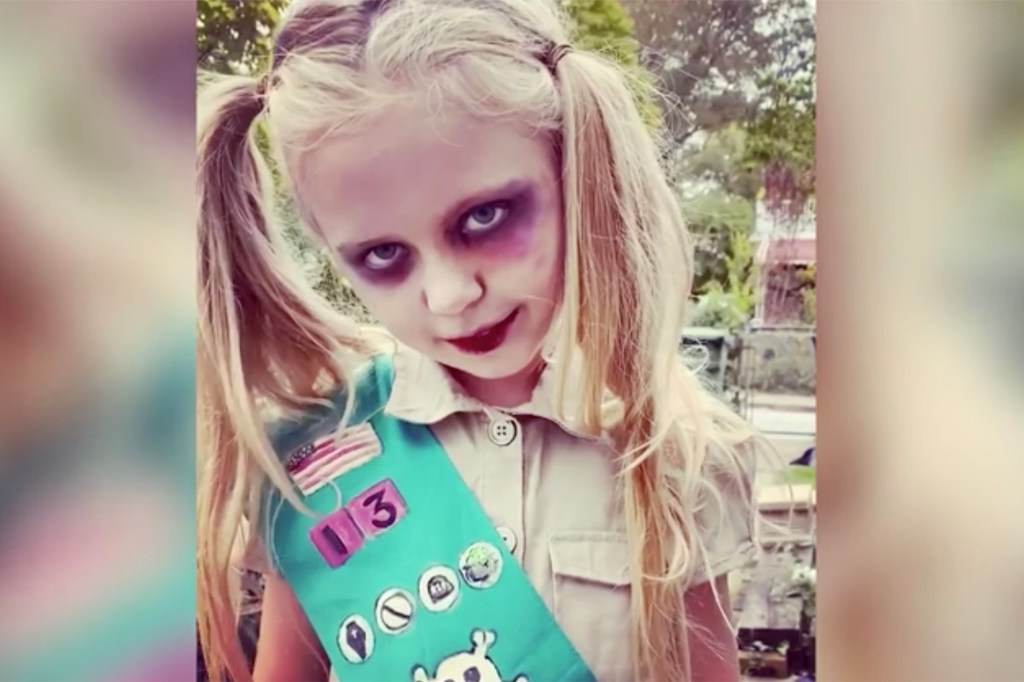 Coral DeGraves gets a zombie makeover that is the antithesis of a Girl Scout’s persona. 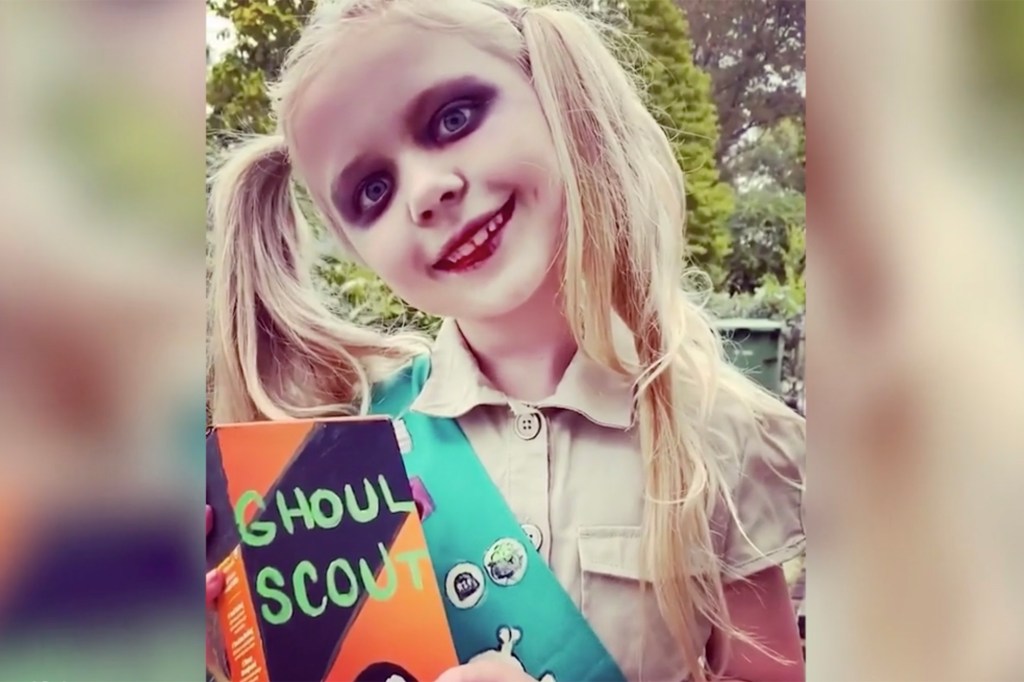 The opposing lawyers in the 16 civil cases of Houston…