Rolling on the river of rock star acclaim. Navigating the traumas of childhood abandonment and adult abuse in the public eye. Charting her own path to peace by walking away from it all with nothing but her name. The “Proud Mary” singer is speaking her truth one last time in a film that’s being hailed as her bittersweet “goodbye” — a reality that sent social media shockwaves of fear through her loyal fanbase on Tuesday.

But no, the growling, galvanizing entertainer who left the cotton fields of “Nutbush City Limits” behind to be “The Best” is not dying — she’s just tired of dredging up past traumas for her adoring public.

“I had an abusive life,” said Turner, 81, in the forthcoming film from Academy Award-winning directors Dan Lindsay and TJ Martin. “There’s no other way to tell the story. It’s a reality. A truth.”

And yes, “Tina” retraces the music icon’s childhood neglect and hardscrabble steps through the domestic violence, sexual abuse and suicide attempts she survived throughout her 16-year marriage to late ex-husband Ike Turner.

Turner’s black eyes, busted lips and myriad other physical wounds are long-healed since she left Ike after one final bloody beating in 1976 — but the emotional scars of the sadistic torment are re-opened whenever her abuser’s name is mentioned.

Even decades after escaping her toxic marriage — and surviving a stroke, cancer, organ transplant and the suicide of a child — one of the world’s most beloved musical artists can’t escape the public’s inquiring minds. And it hurts.

“Every time she’s asked to re-tell her story, as beneficial as it may be for other people to hear and be empowered by, it can be extremely painful and re-traumatizing for her,” filmmaker Martin, 41, told The Post. 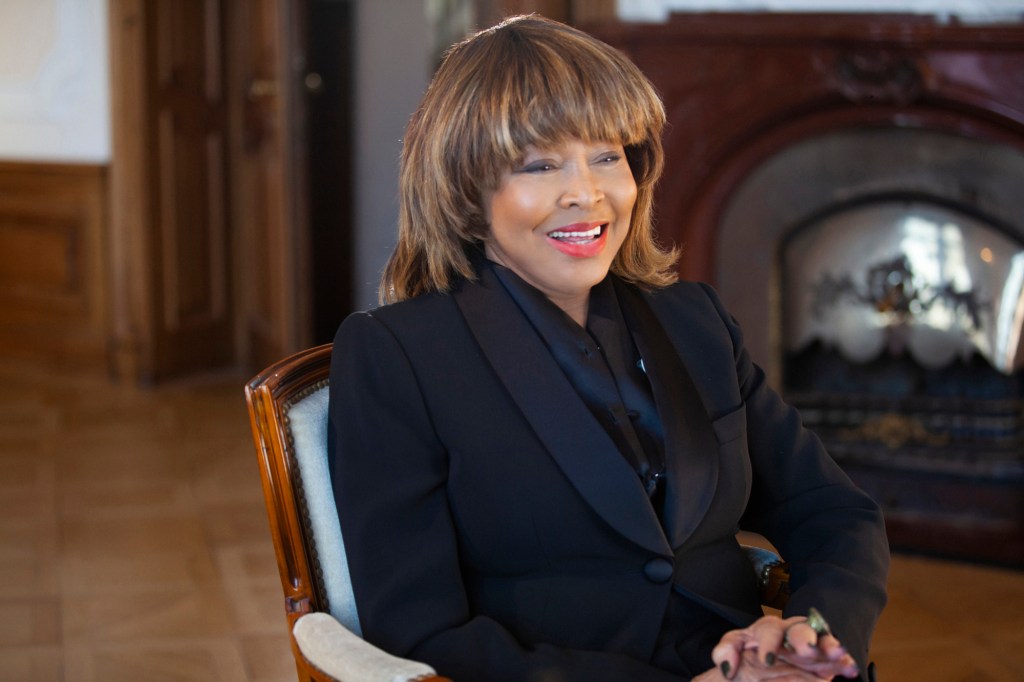 Tina Turner, 81, opens up about the abuse and trauma she experienced at the hands of late ex-husband Ike Turner in the HBO documentary “Tina.” 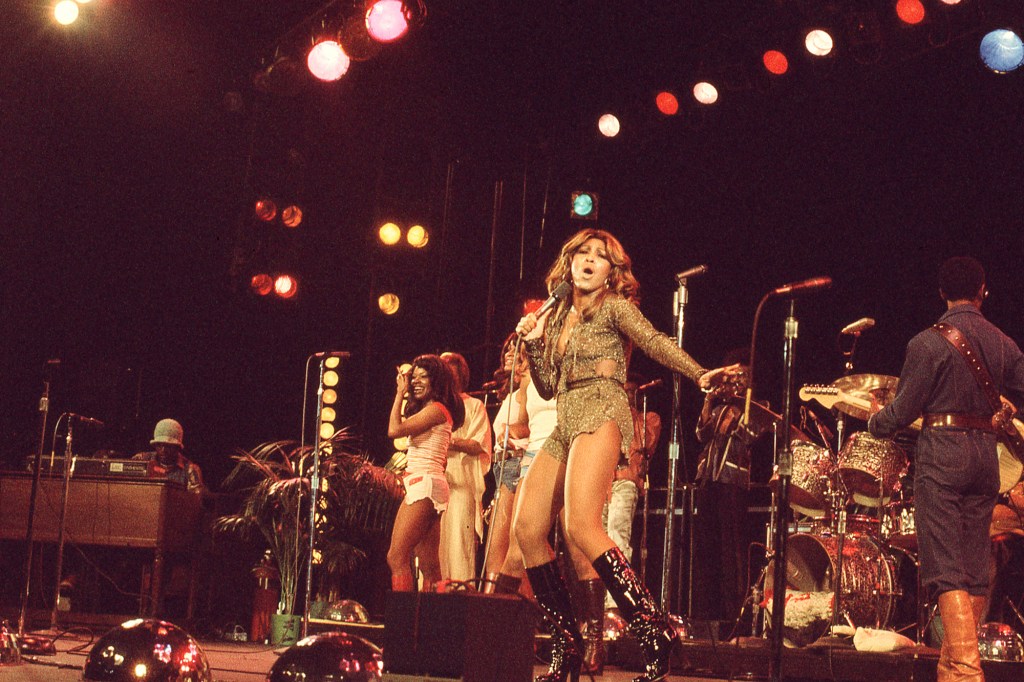 Tina says she endured countless acts of physical and sexual violence while working alongside Ike as husband and wife R&B band, the Ike & Tina Revue, for 16 years. 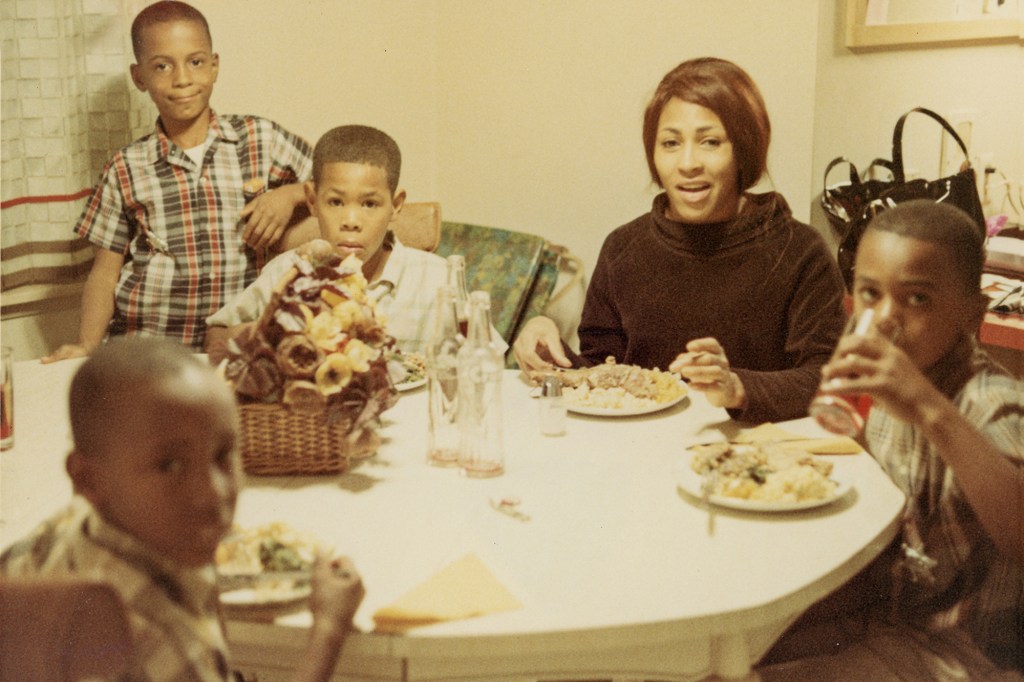 Turner (center) raised Ike’s two sons from a previous relationship, her son Craig with saxophonist Raymond Hill and a son named, Ronnie, that she shared with Ike. 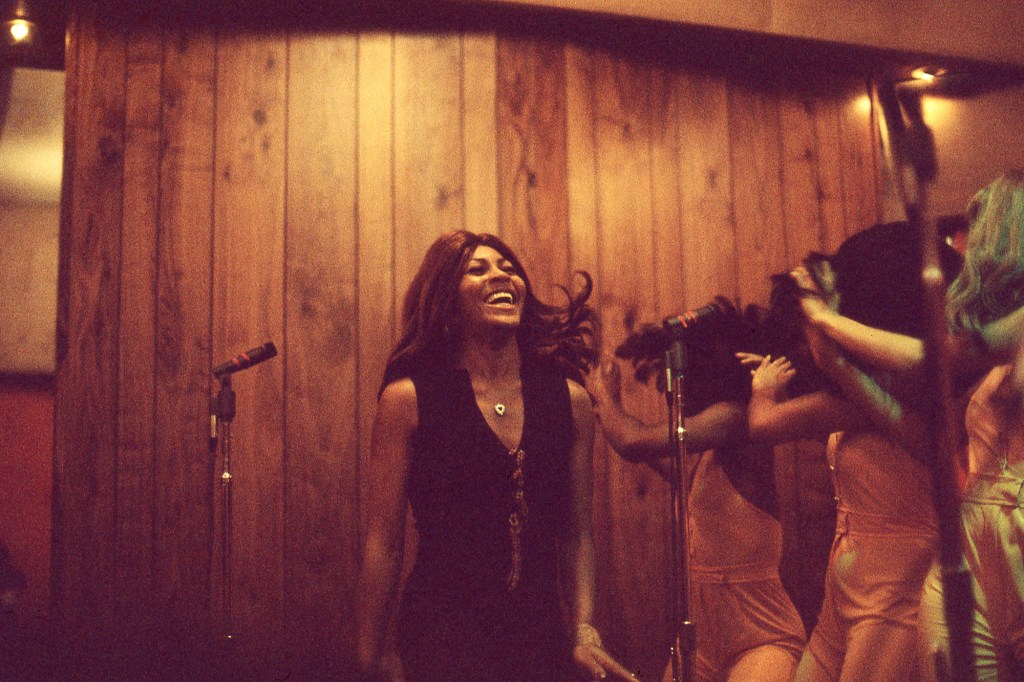 In 1976, Turner finally found the strength to leave Ike after years of domestic violence. She walked away from their marriage with nothing but her stage name. 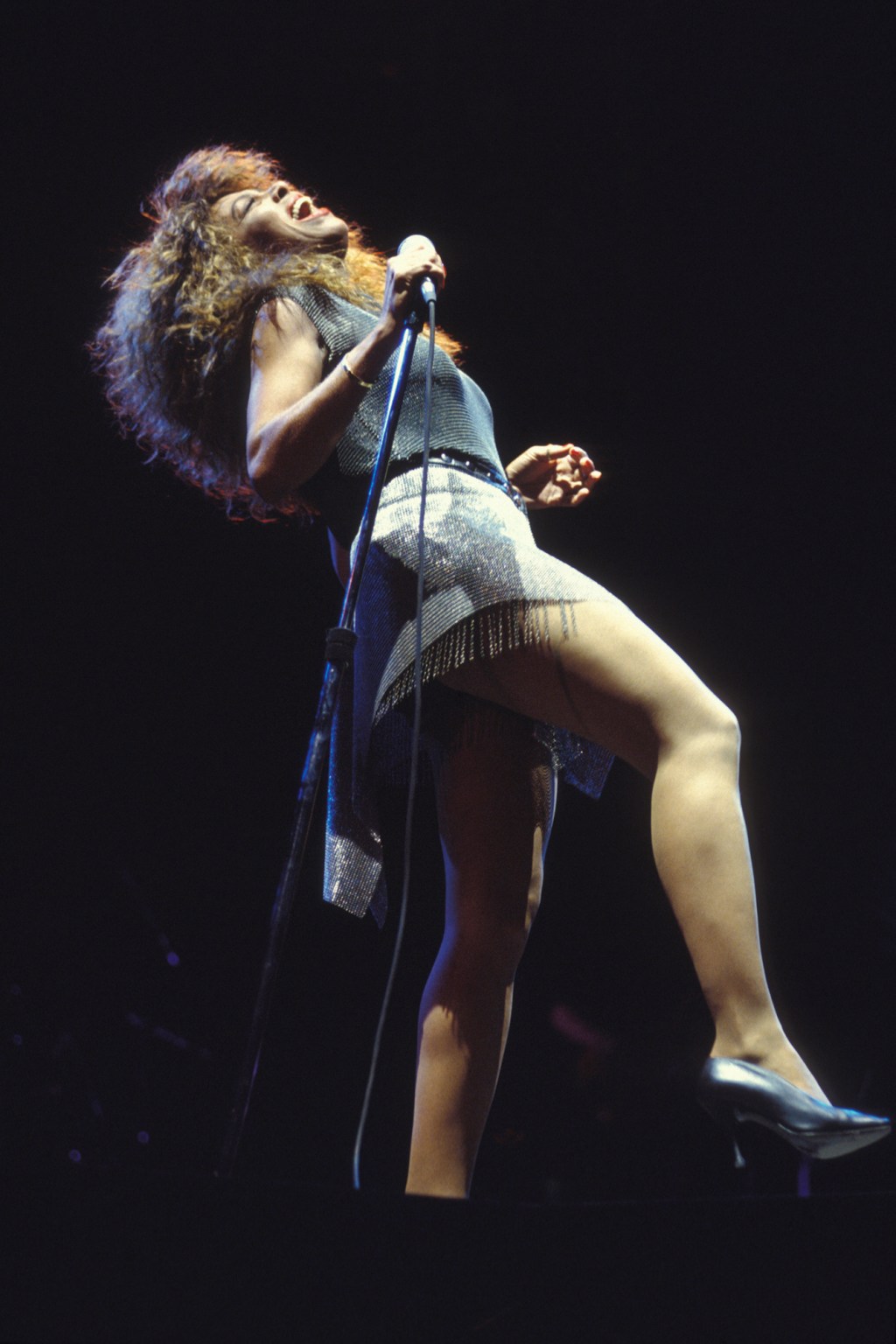 Although Turner went on to reach astronomical heights of success as a solo artist after her divorce, she was never able to escape the shadow of Ike’s abuse. 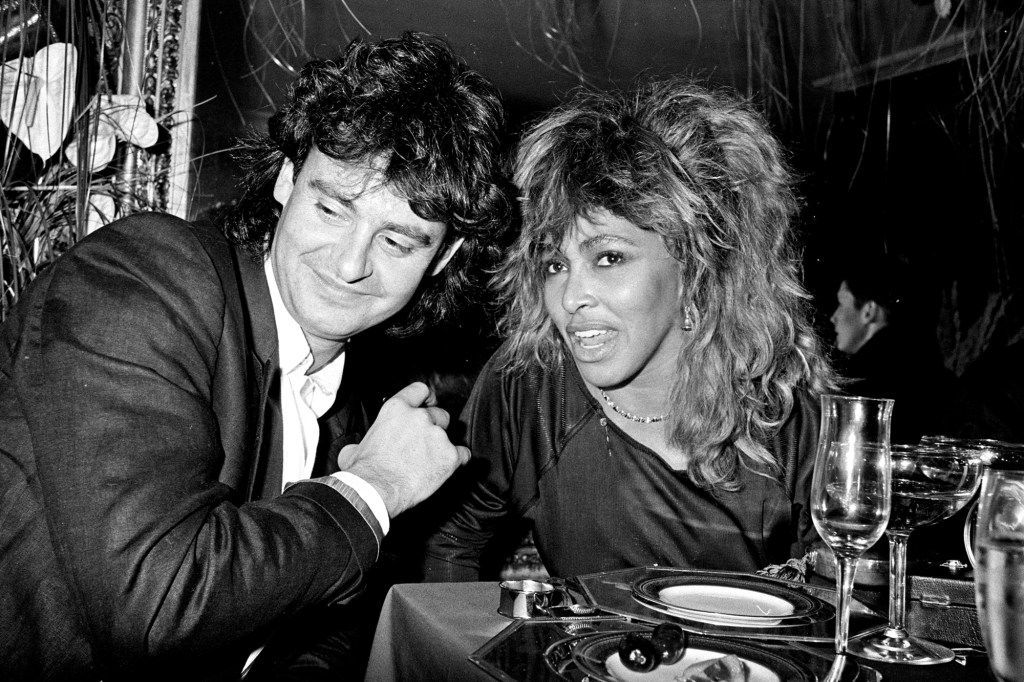 Turner lives in Zurich with her husband, Erwin Bach (left), and is ready to leave her fame and Ike’s abuse in the past forever.

Martin and Lindsay’s documentary, a tale of not just tears but triumph, features archival footage of never-before-seen interviews and intimate confessionals from Turner — most notably, audio from her first public conversation about Ike’s abuse during an interview with People magazine in 1981.

“Her motivation for coming forward about the truth of her time with Ike was about trying to free herself from him,” Lindsay told The Post. “But the irony is that it just connected her to him in a way that she could never escape.”

Bound by a promise to never leave Ike — a vow made out of the pain she felt after being abandoned as a child on a cotton field in Nutbush, Tennessee, by unloving parents — Turner, born Anna Mae Bullock in 1939, endured what she described as incessant brutality.

After becoming the lead singer of Ike’s rhythm and blues band following a chance meeting at a St. Louis nightclub in 1957, their professional relationship as the Ike & Tina Turner Revue transformed into a troubled romance.

“He beat me with a shoe stretcher,” Turner said of one of Ike’s first acts of abuse. She was pregnant with their son Ronnie at the time.

“After that he made me go to bed and he had sex with me,” she recalled. “That was the beginning of the torture. I had to lay down and he’d stand over me and [slap] this coat hanger on my fanny. I swear to God. My fanny swoll 2 inches higher.”

Immediately following the sexual violence, which she said became a constant after they got married in 1962, Turner claimed Ike would force her to perform.

Throughout the film, Lindsay and Martin weave in profound remarks on Turner’s life and legacy from friends like Thomas, her beloved second husband Erwin Bach and MTV’s Kurt Loder, who co-authored her 1985 autobiography “I, Tina.” Also featured: Golden Globe-winning actress Angela Bassett who earned an Oscar nod as Turner in the 1993 biopic “What’s Love Got to Do With It,” and talk show titan Oprah Winfrey.

The documentary is indeed Turner’s final farewell to fans who stuck with her through it all.

“The spotlight is not interesting to her anymore,” Martin told The Post. “She worked for 60 years — and now she’s done with being repeatedly reminded of her past trauma.”

Still, “Tina” tells the full story: After divorcing Ike in 1978 — famously walking away from their marriage and music empire with nothing but her stage name — Turner reinvented herself into a Grammy Award-winning rock ‘n’ roll queen at an age most artists are put out to pasture.

As a boundary-bashing middle-aged woman in the ’80s and ’90s, she skyrocketed up the charts with hits “What’s Love Got to Do With It,” “Private Dancer” and “The Best.”

Turner also set the Guinness World Record for holding the largest rock concert by a single performer, received her star on the Hollywood Walk of Fame, spawned a Broadway musical based on her life and is a 2021 nominee for induction into the Rock & Roll Hall of Fame.

She also found the love of her life.

“He was just so different. So laid back. So comfortable. So unpretentious,” Turner said of first meeting current husband, German music producer Erwin Bach, 27 years ago at an airport. “I really needed love. I just needed to love a person.”

Their attraction is more than a simple spark, Bach, 65, added.

“It’s love — it’s something we both have for each other. I always refer to it as an electrical charge,” said Bach in the doc. “I still have it … That feeling is still with me. It’s in my heart,.”

However, despite her legendary success as a solo artist and enduring love with Bach, Turner is still unable to flee the shadow of Ike.

“This [film] is her way of saying to the world once and for all, ‘These are the pieces [of my story] that I’m leaving. Now let me go,’ ” Lindsay said.

Turner survived a stroke in 2013, intestinal cancer in 2017 (the same year her husband donated a kidney to save her life) and the loss of her 59-year-old son Craig, who fatally shot himself in 2018. However, she still struggles from a form of Post Traumatic Stress Disorder owing to the physical and sexual cruelty she endured — but has forgiven Ike for since his death by cocaine overdose in 2007. He was 76.

“It hurts to have to remember those times,” Turner, who now lives in Zurich, admitted in the film. “But at a certain stage, forgiveness takes over.

“Forgiving means not to hold on. You let it go because by not forgiving — you suffer.”