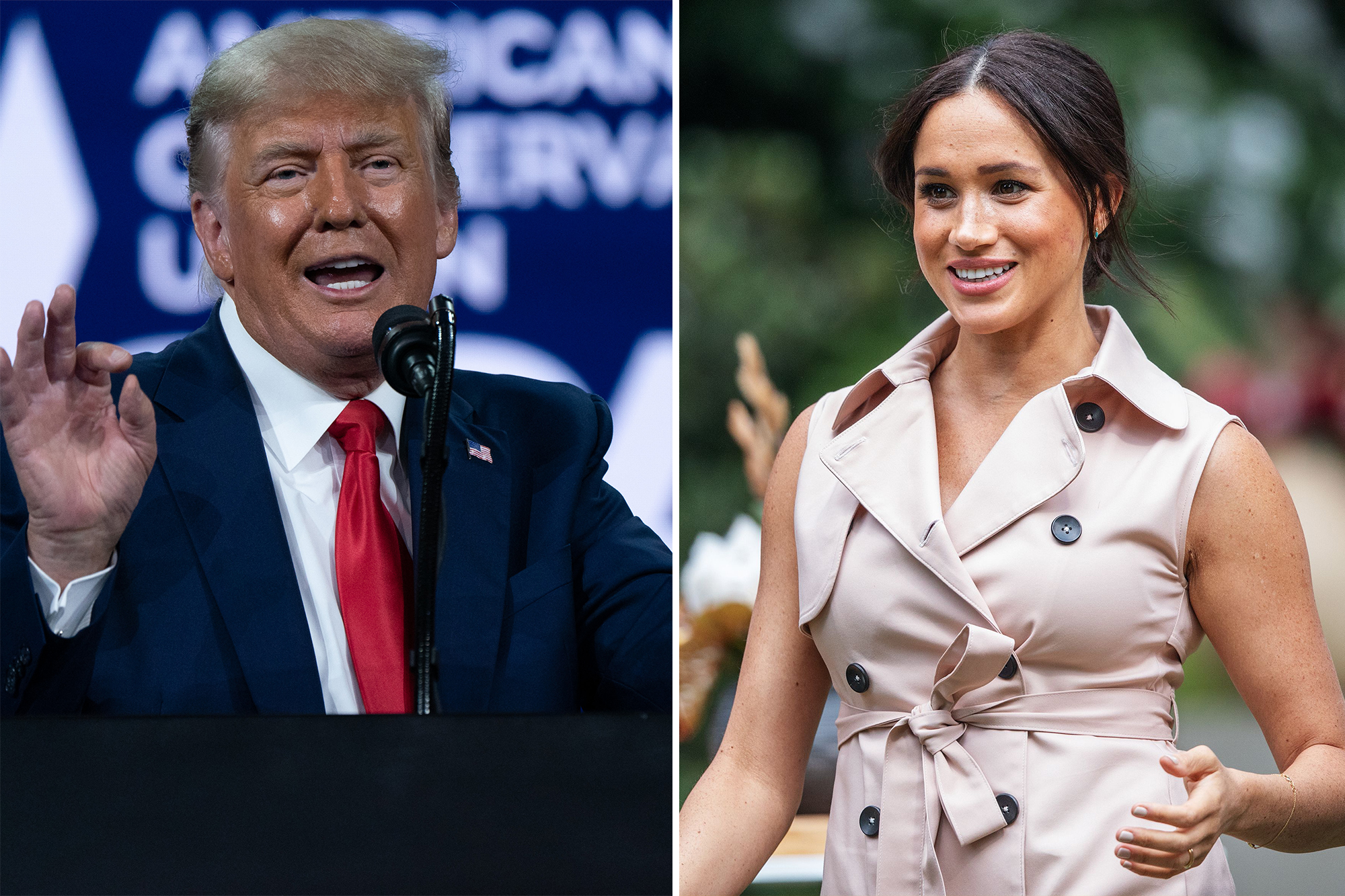 Former President Donald Trump thought Meghan Markle was “no good” following her bombshell interview with Oprah Winfrey — but didn’t want to say so publicly for fear of being “canceled” like Piers Morgan, an ex-advisor has claimed.

“She’s no good… I said it and now everybody is seeing it,” Miller said Trump told him.

The former president apparently told Miller he could “make a little news” on the podcast by sharing his reaction to the sit-down — while also noting it may not be the best idea.

“You realize if you say anything negative about Meghan Markle you get canceled, look at Piers (Morgan),” Trump said, according to Miller.

Trump also reportedly said “I’m on team Piers,” after the former “Good Morning Britain” host left the show Tuesday following an on-air clash with a co-star who criticized him for “trashing” the Duchess of Sussex.

Morgan — who had charged that Markle exaggerated claims about suicidal thoughts and racism in the royal family — said he lost his job because he refused to apologize for his comments.

UK regulator Ofcom said it received more than 41,000 complaints about Morgan’s comments, including from Markle herself.

“Piers Morgan is the best, he’s the greatest, and they went and tried to cancel him simply because he criticized Meghan Markle,” Miller said Trump told him.

It’s not the first time Trump has sparred with Markle.

After the former actress blasted Trump as “misogynistic” and “divisive,” ahead of the 2016 election, he lashed back that “I didn’t know that she was nasty.”

Trump later clarified he meant the comments were nasty.

During a White House press briefing in September, the then-president also said he was “not a fan” of Markle, after she and hubby Harry implicitly endorsed Joe Biden in the 2020 presidential election.

“And I would say this — and she probably has heard that — but I wish a lot of luck to Harry, because he’s gonna need it,” Trump added at the time.