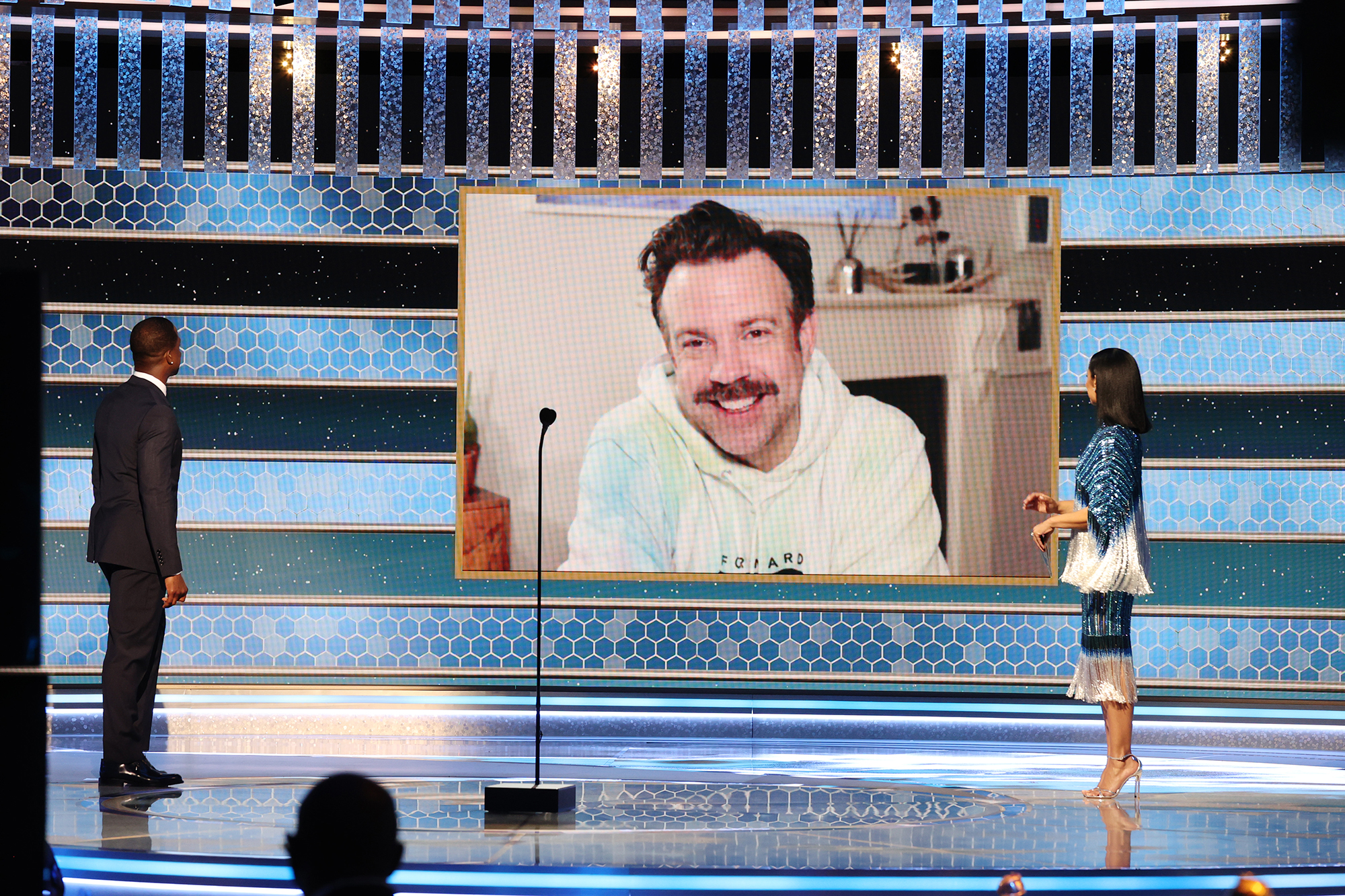 It was an emotional high for “Ted Lasso.”

Bleary-eyed and clad in a tie-dye sweatshirt while everyone else was dressed for the red carpet, the 45-year-old former “SNL” star delivered his acceptance speech for best actor in a comedy.

In his stuttering, rambling speech, he said “that’s nuts!” three times, seemingly in disbelief over his win.

He then quoted from a book he reads to his son, Otis, called “The Three Questions,” and finished by saying “I reject the premise of being the best actor,” because he explained that he believes that the “best” is whoever he’s in a scene with at a given moment.

It was a very “Ted Lasso” speech, since the show stars Sudeikis as an American football coach who has been assigned to a British football team — despite no experience in the Premiere League. Lasso is all heart, and eventually wins over the skeptical players with his care towards their emotions.

However, his disheveled appearance and rambling speech did also lead to some viewers on social media speculating about what he might have ingested beforehand.

Others commented on how his outfit is telling about the state of his high-profile divorce from Olivia Wilde, 36, who is rumored to be dating Harry Styles.

“Ted Lasso” was also nominated for the best comedy series but lost to “Schitt’s Creek.”

Season 1 is currently available on AppleTV+, Season 2 is currently in production and it’s been renewed through Season 3.