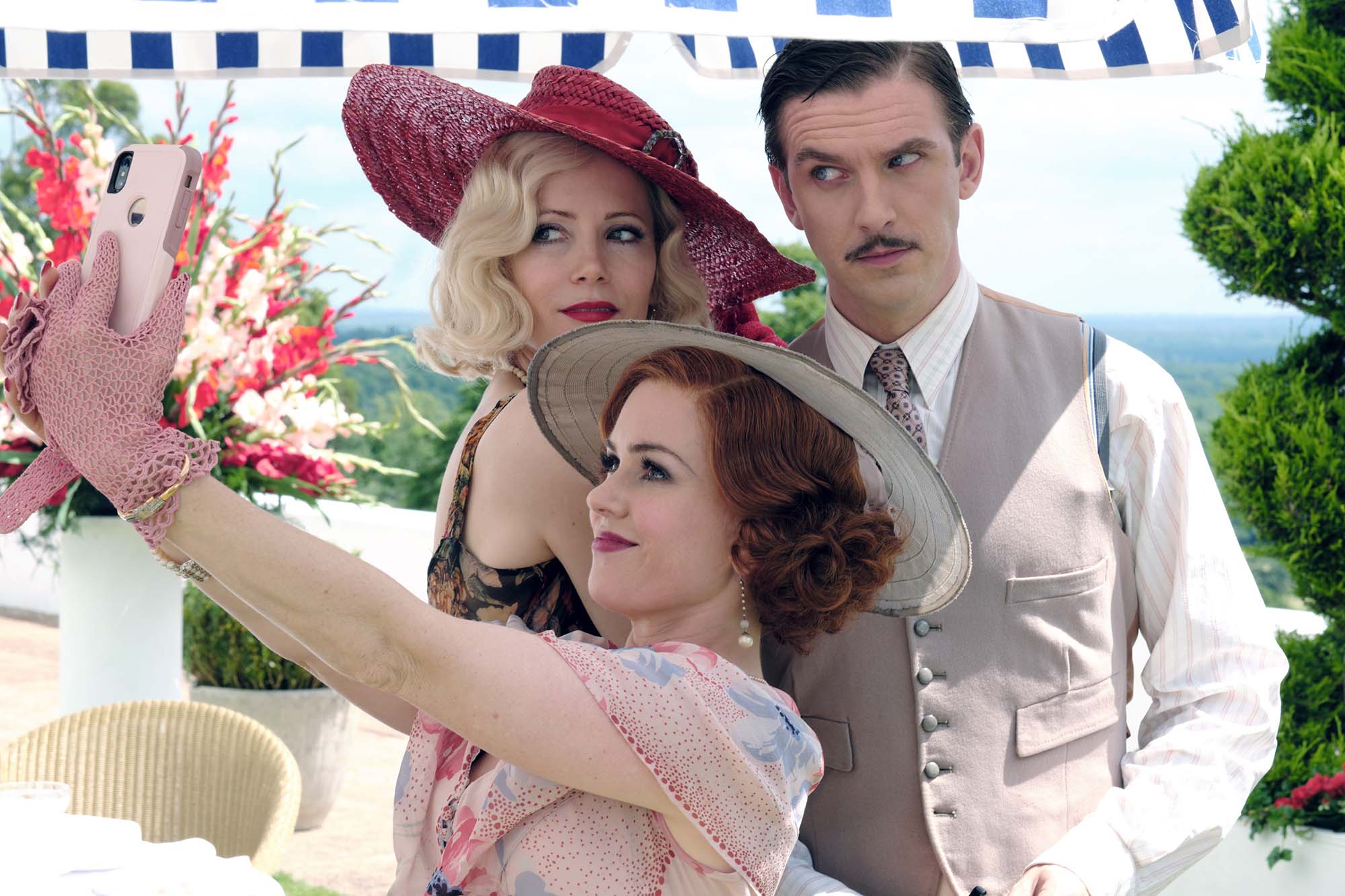 Fifteen minutes into the awful new movie “Blithe Spirit,” something changes: The actors finally start speaking a few lines that were actually written by Noël Coward. Unfortunately, not many more arrive after that.

My dusty old play script was open the entire time to keep track of the hack job (I don’t get out much), and I was seething. Shouldn’t a new riff on an 80-year-old play by a dead guy be allowed to take some liberties? Yes, but let’s recall the reasons Coward’s comedy is a classic in the first place.

Now, change the start of those three list items to “It is not,” and you’ll get a taste of this imitation crab stick “Blithe Spirit.”

If your experience with the British playwright is limited — or nonexistent — try the 1945 film version starring Rex Harrison. That movie, which holds up splendidly, explains everything that’s wrong with this one, directed by Edward Hall.

In both, the story is about a writer named Charles (Dan Stevens), who, while scrambling for new material, invites a medium to his home to lead a seance for his wife, Ruth (Isla Fisher), and two friends. Madame Arcati (Judi Dench) is merely an entertaining fraud, they decide, but later that night, the chipper ghost of Charles’ dead wife Elvira (Leslie Mann) appears. Don’t you hate it when that happens?

Elvira, who only Charles can see, violently haunts the couple’s home in hopes of getting her man back.

The source material explodes with wit, but this hackneyed screenplay has swapped the crackling repartee for bargain-bin joke book lines delivered at a snail’s pace.

When Charles complains to a friend about his failing libido, he says, “Big Ben’s stopped chiming” and, really driving his point home, “Mr. Peabody’s got stage fright.” Coward would sooner jump off Big Ben than write this dreck.

Spewing it out is a trio of actors who are, for the most part, one note and humor deficient. Cardboard Stevens seems entirely unfazed by having the ghost of his former wife as a squatter, Fisher’s Ruth is like a Tuesday tornado siren test and Mann’s only real contrast with her nemesis is that Elvira has been made American. The movie is set in 1937, but we could be watching a contemporary murder-mystery party in Malibu, California.

The only bright spot is Dench, and even she is hindered by the drudgery of the adaptation. Arcati is a kooky old lady (Jennifer Saunders of “Absolutely Fabulous” just played her in Britain), but Hall has rendered her scenes somber and serious.

Still, Dench is an ideal Arcati. Let’s hope she tries the role again . . . in a proper version.