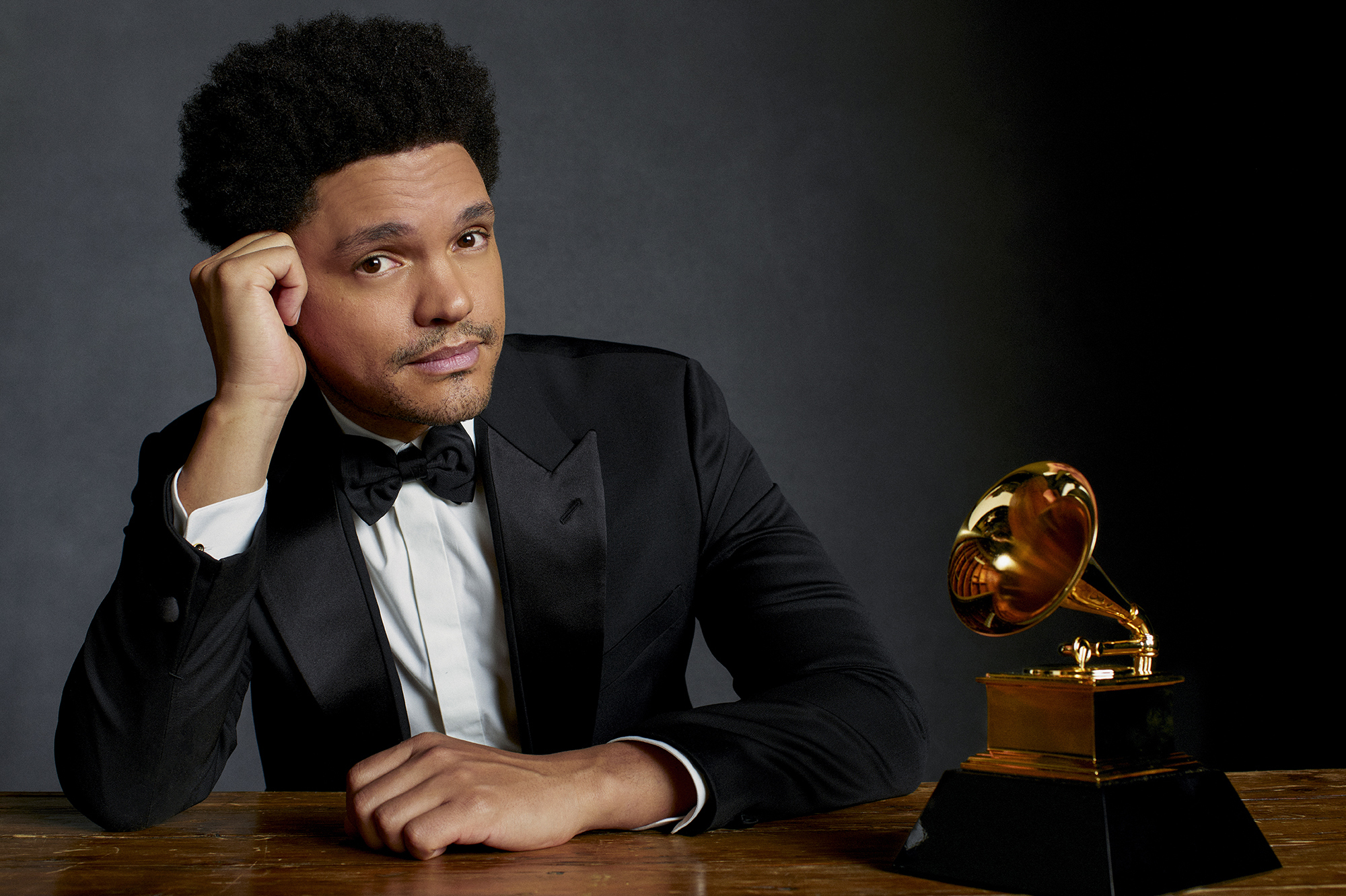 Trevor Noah showed the six feet of separation at the 2021 Grammy Awards.

“This isn’t a Zoom background; this is real,” said the first-time host outside of LA’s Staples Center and showed off the new socially-distanced and COVID-safe setup. “This is real. My uncle isn’t gonna walk behind me naked even though I told him I have an important meeting.”

“The Daily Show” host, 37, also showed the new setup for the awards show in his opening monologue, with Billie Eilish, Black Pumas and Haim all spread six feet apart.

But he couldn’t resist cracking a political joke.

“Tonight is gonna be the biggest outdoor event this year besides the storming of the Capitol,” he joked.

He also dunked on the royals amid the Meghan Markle scandal.

“There’s more tension in that tent than at a family reunion at Buckingham Palace,” he quipped.

But ahead of the broadcast, Noah, who is in a “very serious relationship” with Minka Kelly, said he hoped the show “can be a moment of hope” amid the ongoing coronavirus pandemic.

“Hopefully this can be a respite from that for a moment and then we’ll be like, ‘Oh yeah, that was the beginning of when we got to start living our lives again,’” he told Billboard.

However, the South African native said he was planning to stick to music — not politics — for the show, to keep it light.

“An awards show is very different from ‘The Daily Show,’” he told Billboard. “We’re speaking to a broader audience, it’s not politics. I’m not there to do politics, I’m there to do music.”

Without politics, the hosting gig itself provided enough scandal this year. Tiffany Haddish was reportedly offered a non-paid hosting gig for the pre-telecast Premiere Ceremony, in which she’d have to pay for her hair, makeup and wardrobe.

“It’s like a guy asking you on a date but telling you that you have to pay for it,” she told Variety, adding that she declined and called it “disrespectful.”

The Recording Academy said that hosts, presenters and performers generally appear for free, including this year, since the Academy is a nonprofit organization. Interim chief Harvey Mason Jr. released a one-minute apology on Instagram, saying he was “frustrated by that decision.”

“It was a lapse in judgment, it was in poor taste, and it was disrespectful to the creative community — I’m part of the creative community and I know what that feels like, and it’s not right,” he said. “I expressed to her my regret and my displeasure about how this went down and how it was handled. And I will say, Tiffany, we are sorry and thank you for allowing me to speak on it.”