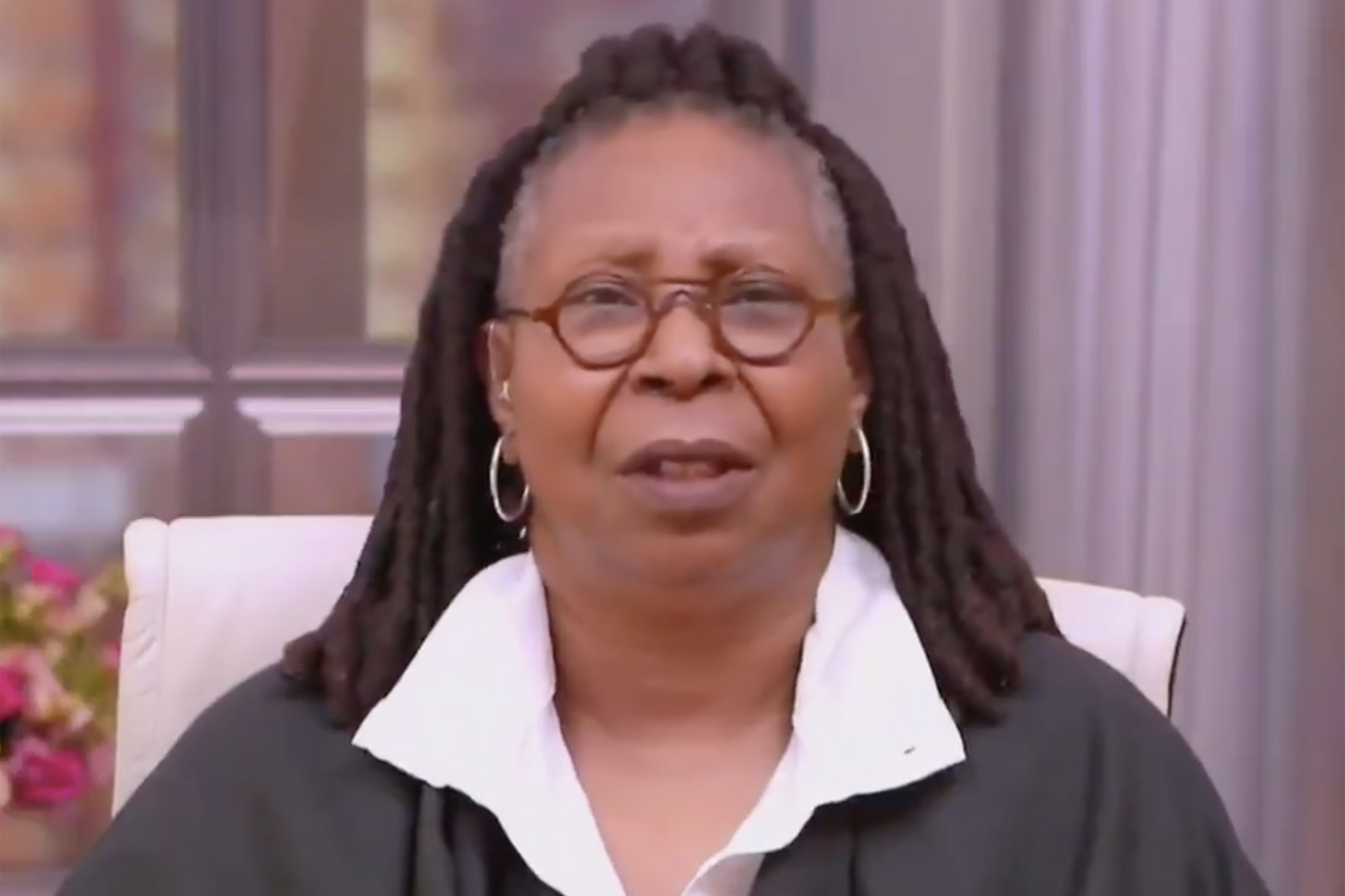 Whoopi Goldberg’s face said it all.

The actress is going viral for her non-reaction to Meghan McCain’s historical comparison of Oprah Winfrey and Meghan Markle on Tuesday’s episode of “The View.”

“It’s 2021 and we are all Whoopi,” tweeted LA-based comedian Justin Martindale on Tuesday, along with a 15-second clip of McCain speaking on “The View,” and Goldberg’s befuddled facial reaction.

McCain appeared to be praising the two for their stance against the monarchy.

“The American experiment is the way to go and if we have two American women, Meghan Markle and Oprah Winfrey who are single-handedly finishing what George Washington and our revolutionary counterparts did, I’m all for it,” the 36-year-old conservative columnist says, before the camera cuts to Goldberg, 65.

After a moment of silence in which Goldberg makes a face and swallows, she finally says, “ok,” with a total lack of any enthusiasm.

Martindale’s tweet has so far racked up 33,000 likes as of Tuesday afternoon, with many of the comments bashing McCain’s take, and calling Goldberg’s look an instant meme.

“She doesn’t even know her history,” critiqued one responder of McCain’s Washington comparison.

“MeAgain McCain seems so proud of herself too like she really thought she did something there,” wrote another.

McCain was widely panned following the episode, with many rolling their eyes at her comparison of her own experience to Markle’s.

“In no way am I comparing any of my life experiences to Meghan Markle … but, I do know what it’s like to be on a TV show or a political campaign where people are leaking stories about you with the sole intention to make you look bad, and let me tell you, it would do a number on your mental health like you wouldn’t believe. It will make you feel isolated. It will make you feel paranoid,” McCain said, a comment which has been widely mocked by insiders.

“The only thing they have in common is their name … If the staff and producers liked you, those stories wouldn’t be getting out,” one insider told Page Six. “You don’t see them getting out about anyone else. No one’s running around talking about [co-host] Whoopi [Goldberg]. It’s shocking how [McCain] behaves. If she doesn’t want things leaked, don’t do things to get leaked.”