The Tiger King has accepted an offer from his nemesis in hopes of a reduced prison sentence.

In a new jailhouse interview, Joseph Maldonado-Passage — better known as Joe Exotic — told Entertainment Tonight that he plans to take an offer from his longtime enemy, Carole Baskin, and her husband in a bid to serve less time behind bars.

“It is time for Carole and Howard to put up or shut the hell up, because I’m accepting their offer,” Exotic, 58, said from the Federal Medical Center in Fort Worth, Texas. “And I’m gonna take it one step further than that, OK? It is time to get on the phone to President Biden or whoever they need to that they’ve got in their little financial pocket and say, ‘Hey, Joe is willing to support a big-cat bill to help protect cats in America from being exploited. But we need to keep our end of the deal and get Joe a pardon because this wasn’t really about murder for hire or shooting five tigers — this was about exploiting Joe to support Carole’s agenda.’ So, there’s the offer on the table, all right?”

The star of the Netflix docuseries “Tiger King” is currently serving a 22-year sentence for violating wildlife laws and a 2017 murder-for-hire plot to kill Carole.

The Baskins recently vowed they’d help Exotic get out of prison if he agreed to support the Big Cat Public Safety Act, a law seeking to end private ownership of big cats which the couple is leading. On Dec. 3, it was passed by the House of Representatives. 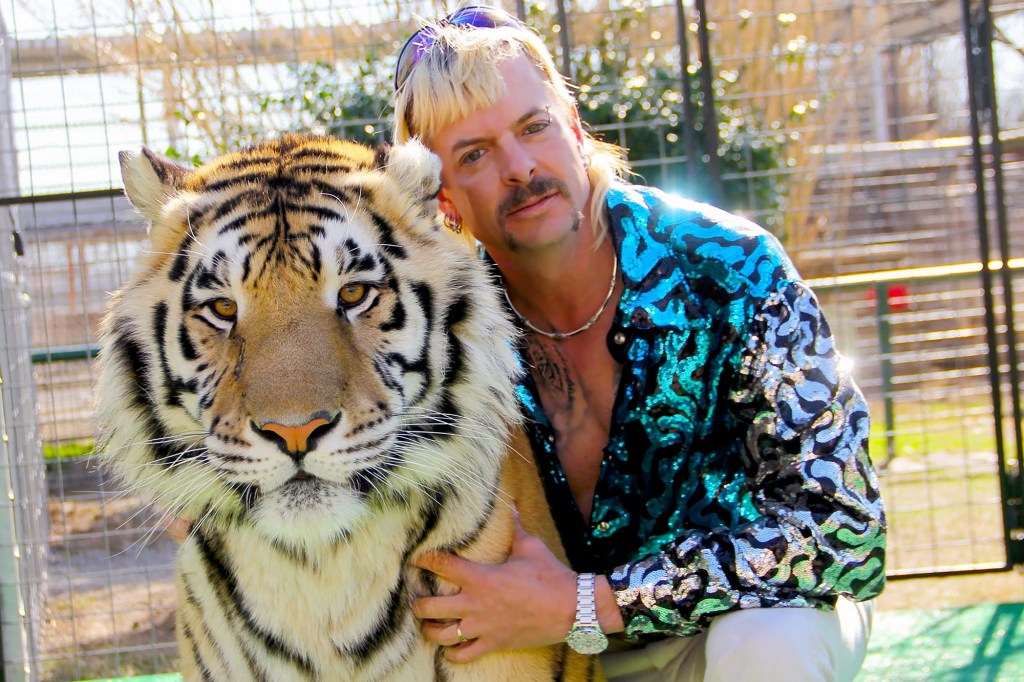 Joseph “Joe Exotic” Maldonado-Passage with one of his tigers. 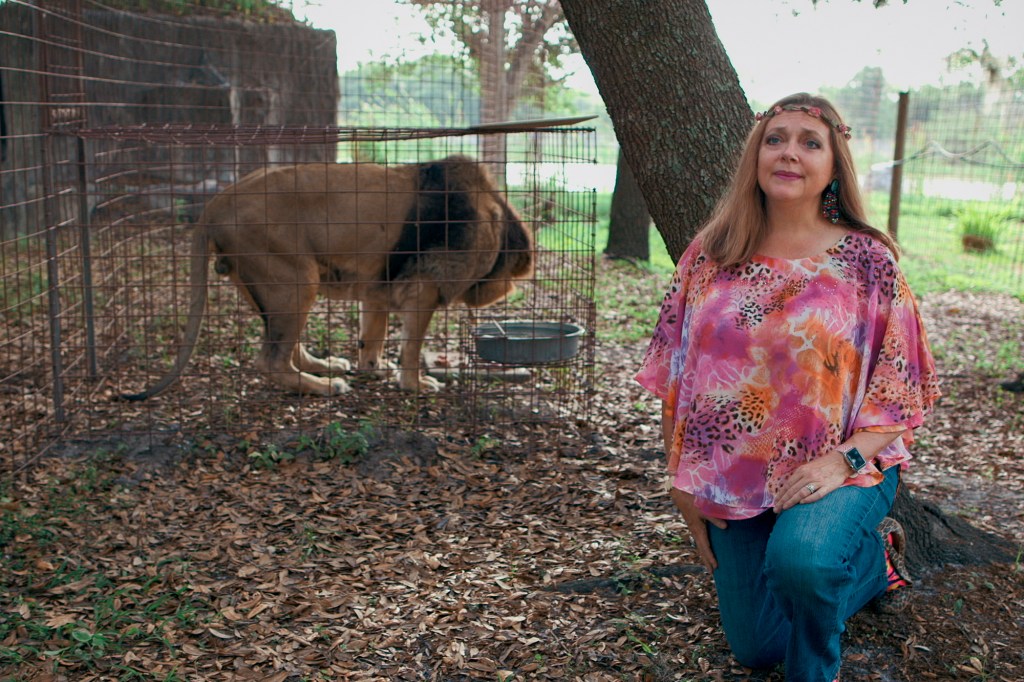 “If Joe were to come out and say, ‘I now know what I did was wrong and I want to help. I would like to support passage of the Big Cat Public Safety Act and stop this breeding.’ If he were to do that, it might position him in a positive way for a pardon. And, frankly, I might be willing to go and urge at least a reduction in his sentence,” Howard told the Mirror earlier this month.

“He could take all of this fame and become a hero who could save the tiger from extinction,” Carole added. “We’re going to lose the tiger in the wild in the next few years if we don’t stop private possession that is creating this flood of cats into the illegal trade, which is a smokescreen for poaching in the wild. That is something he could do something with and get all the glory and fame he ever wanted and do a good thing.”

Just last month, Maldonado-Passage hired a new legal team — the same firm that worked the missing-person case involving Carole’s ex-husband, Don Lewis — in a push for a new trial. And in January, Carole said that Joe Exotic “is right where he belongs: in a cage” during an interview with BuzzFeed.