William Shatner was about to take the stage of London’s Eventim Apollo Theatre on March 16, 2020, when the British prime minister made a frightening announcement.

“That afternoon, Boris Johnson said everything’s locked down — no more than 500 people,” Shatner told The Post of his first encounter with the coronavirus pandemic. “It was a sold-out audience: 3,500 people waiting for me.”

But the “Star Trek” actor, who turned 90 on Monday, has never been the sort to twiddle his thumbs and stand idly by. Captain Kirk got to work.

“I wrote a song, ‘Monday in London,’ about wondering when the audience will be there, whether there would be any audience,” the occasional musician said. “I stepped out in front of the curtain, and 3,500 people had stayed.”

Still, that uncertain day marked a radical change for the artist, who’s moved at warp speed since he first donned the yellow captain’s uniform on “Star Trek” in 1966. The rest of his tour through the UK, like all other live performances, was canceled, and he’s been back at home in Southern California since then with his two dogs, one of whom loudly made himself known during a Zoom interview.

“That’s my male dog doing his Doberman best to protect us from other dogs,” he said. “Other dogs … you never know what another dog’s going to do!”

The animal lover added: “The female dog, we just had spayed. We’re waiting for her to poop.”

Just like that unexpectedly productive afternoon in London, Shatner, who was recently vaccinated, has been dabbling in a vast array of projects from the comfort of his house.

Right now, he’s promoting his new comedy film called “Senior Moment,” out Friday, in which he plays Victor, a Palm Springs, California, hotshot who defiantly refuses to show his age. (Smart casting.) In the film, the “Star Trek” actor romances Jean Smart, who is 21 years his junior.

“She’s beautiful!,” he said. “Here’s this beautiful woman who’s talented and a great joy! We just had the best time together. I love her.”

Shatner has also been creating a new album. While he’s best known for “Star Trek” and such roles as the title character on “T.J. Hooker” and as Denny Crane on “Boston Legal” (for which he won a Golden Globe and an Emmy), the actor is also a prolific recording artist who’s finally gaining some acclaim for his strange blend of spoken word and song.

He worked with Ben Folds on his deeply personal 2004 album “Has Been” (Pitchfork called it “confusing, enthralling, sincere, profound”), and in October he dropped “William Shatner — The Blues,” which remarkably reached No. 1 on the Billboard blues chart.

He told The Post he’ll soon release a new album, his 13th, which is a collaboration with a New York poet.

“It’s been picked up by what, from my understanding, is the biggest label in the world — Universal,” he said before mentioning some of his new Universal Music Group colleagues: “The Jonas Brothers!” 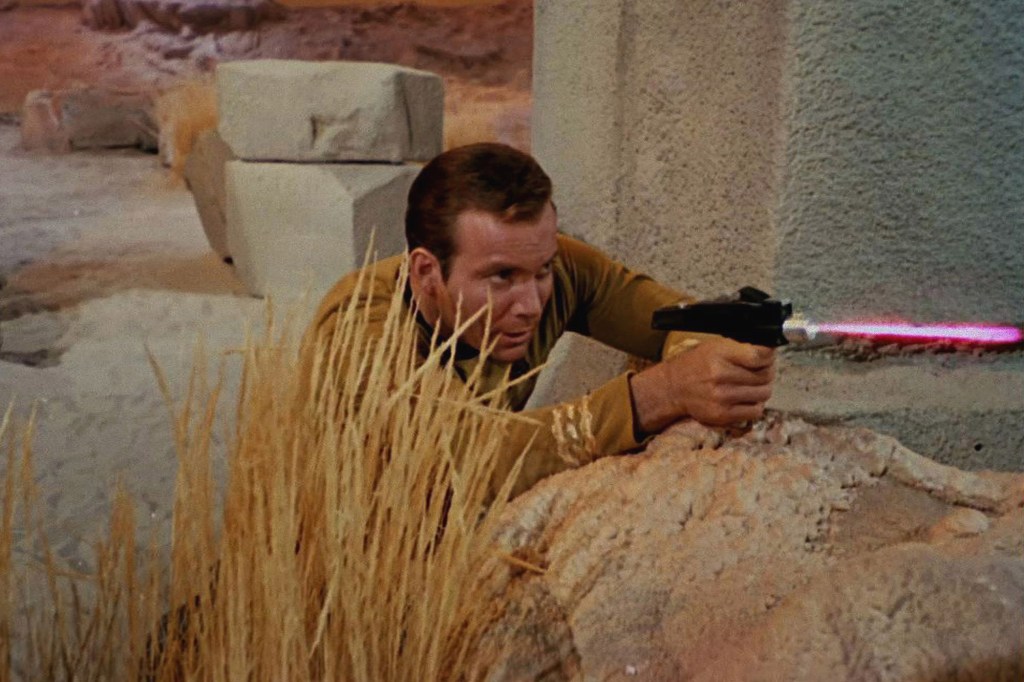 William Shatner as Captain James T. Kirk in “The Man Trap,” the premiere episode of “Star Trek,” which aired on CBS on Sept. 8, 1966. 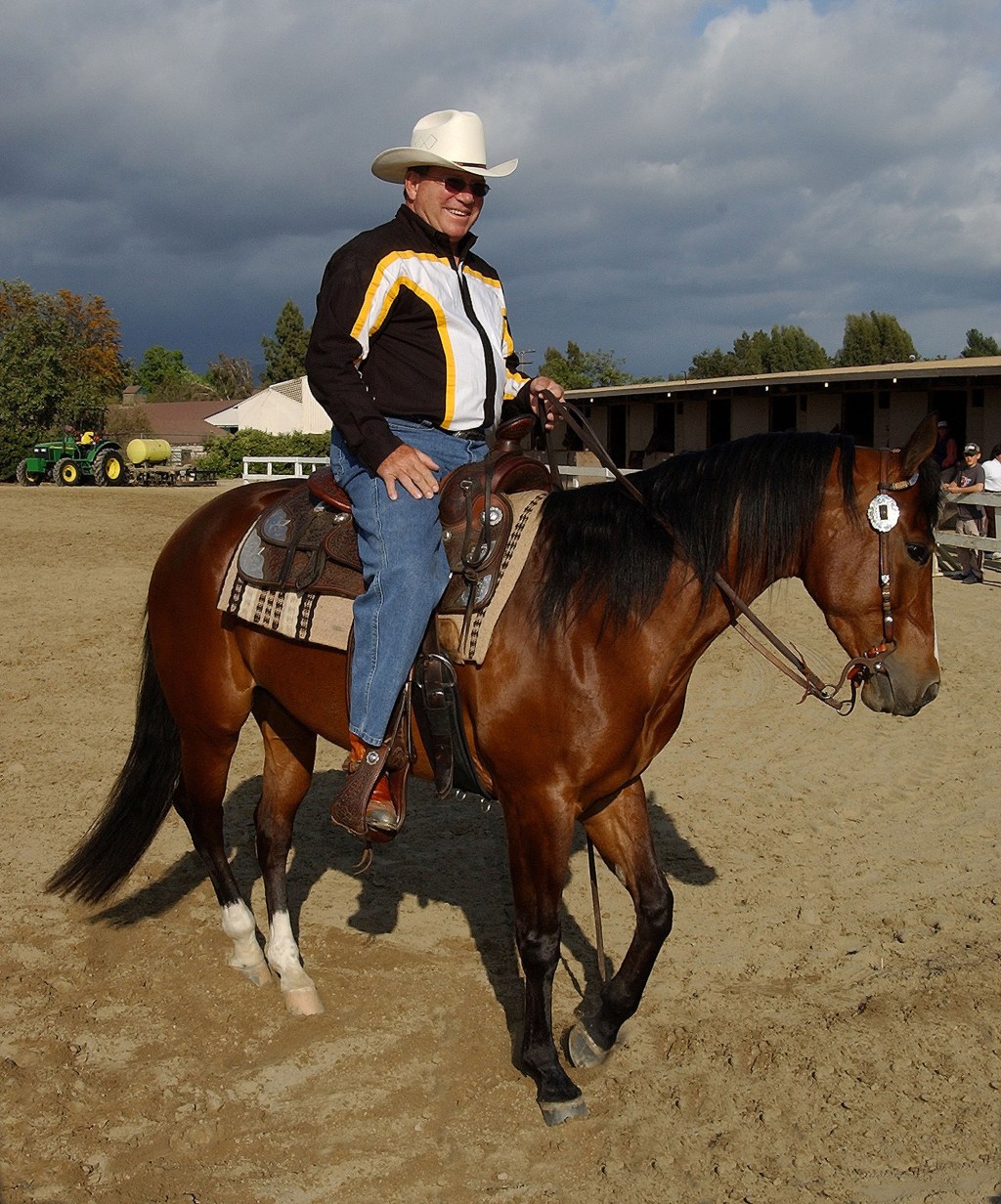 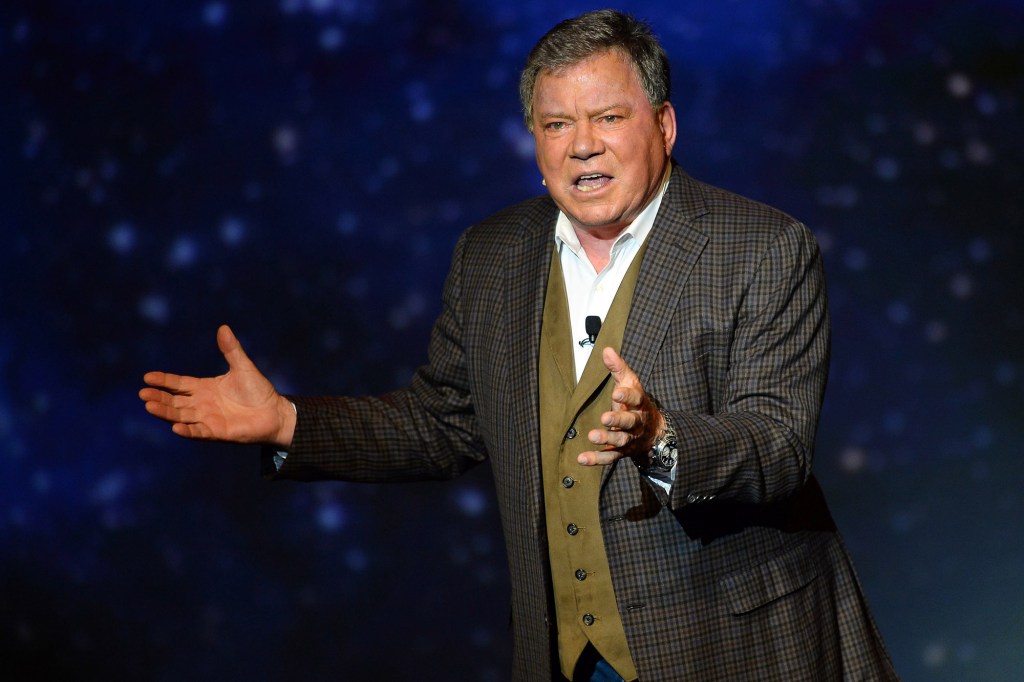 William Shatner performs during his one-man show, “Shatner’s World: We Just Live In It” at the MGM Grand Hotel/Casino on June 19, 2014 in as Las Vegas. 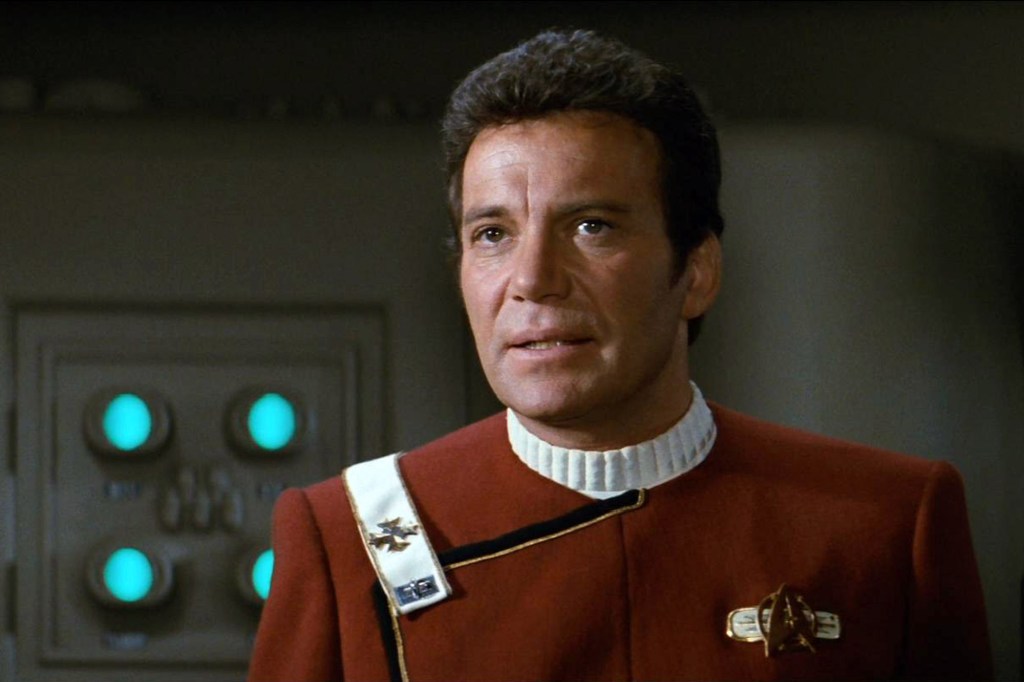 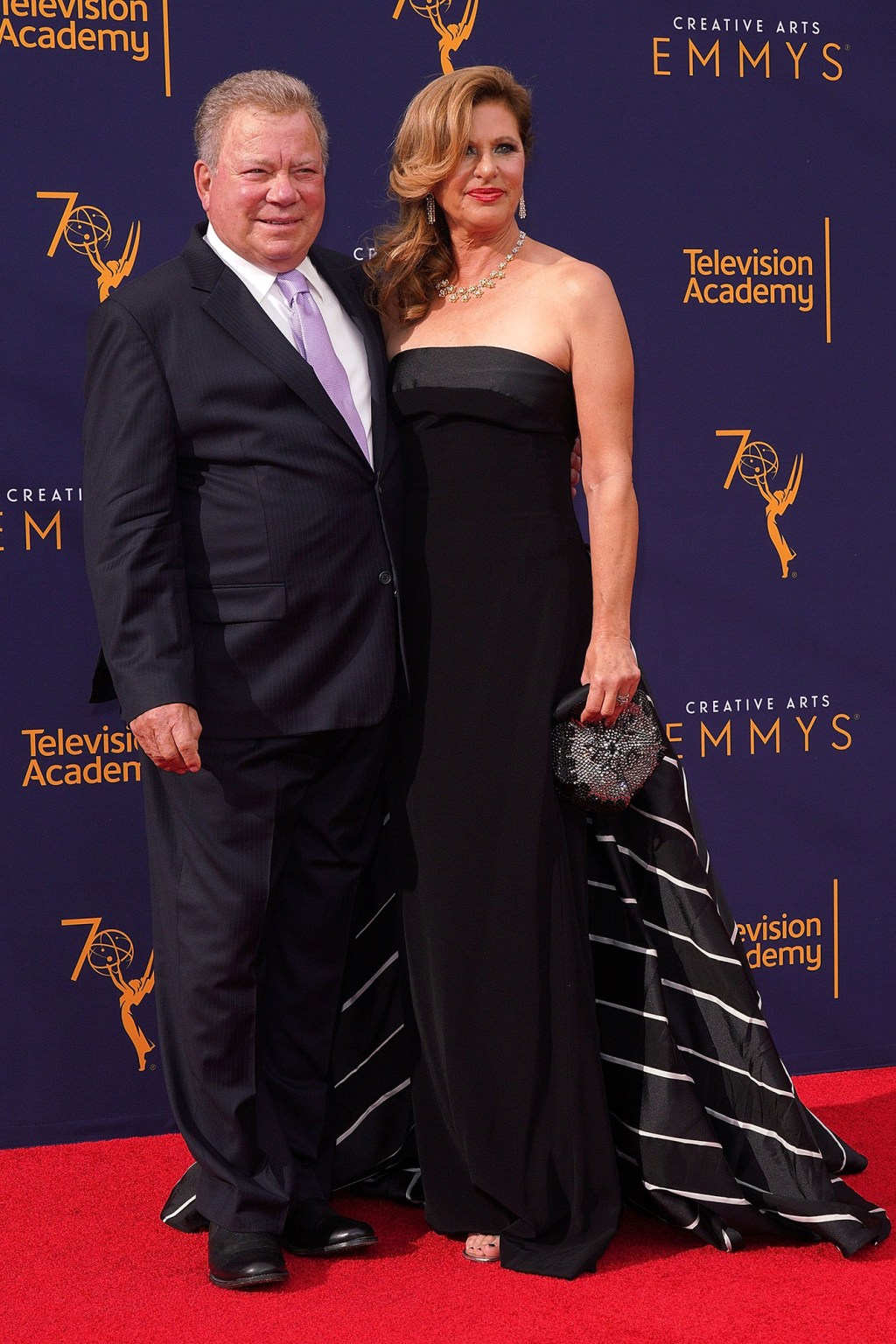 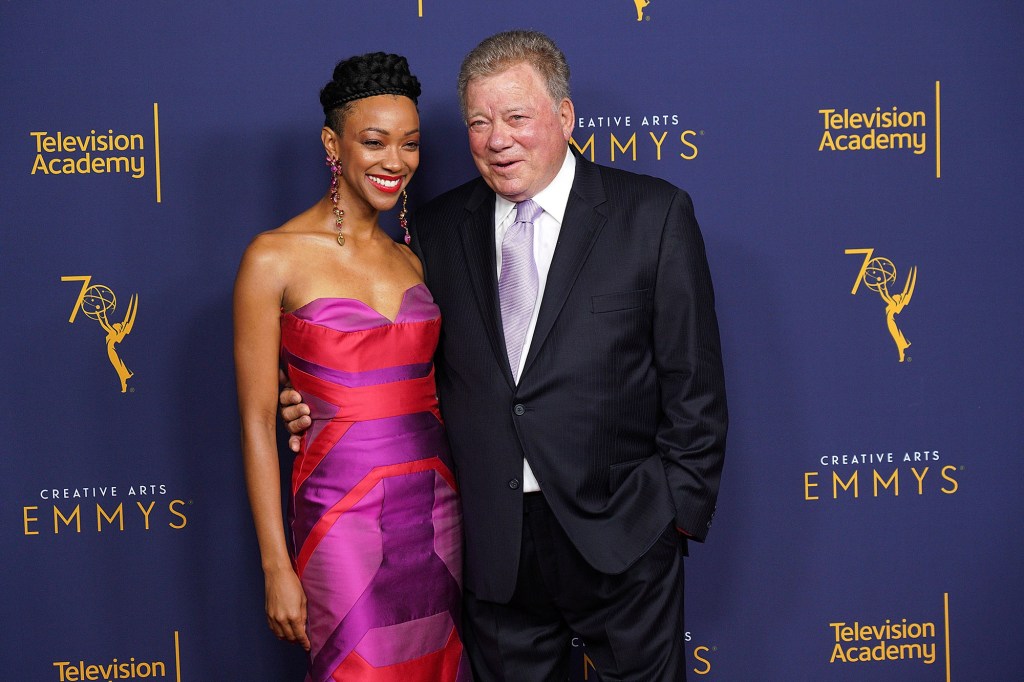 Sonequa Martin-Green, and William Shatner pose in the press room after accepting the Governors Award for “Star Trek” during the 2018 Creative Arts Emmy Awards, day 1 at Microsoft Theater on September 8, 2018 in Los Angeles, California. 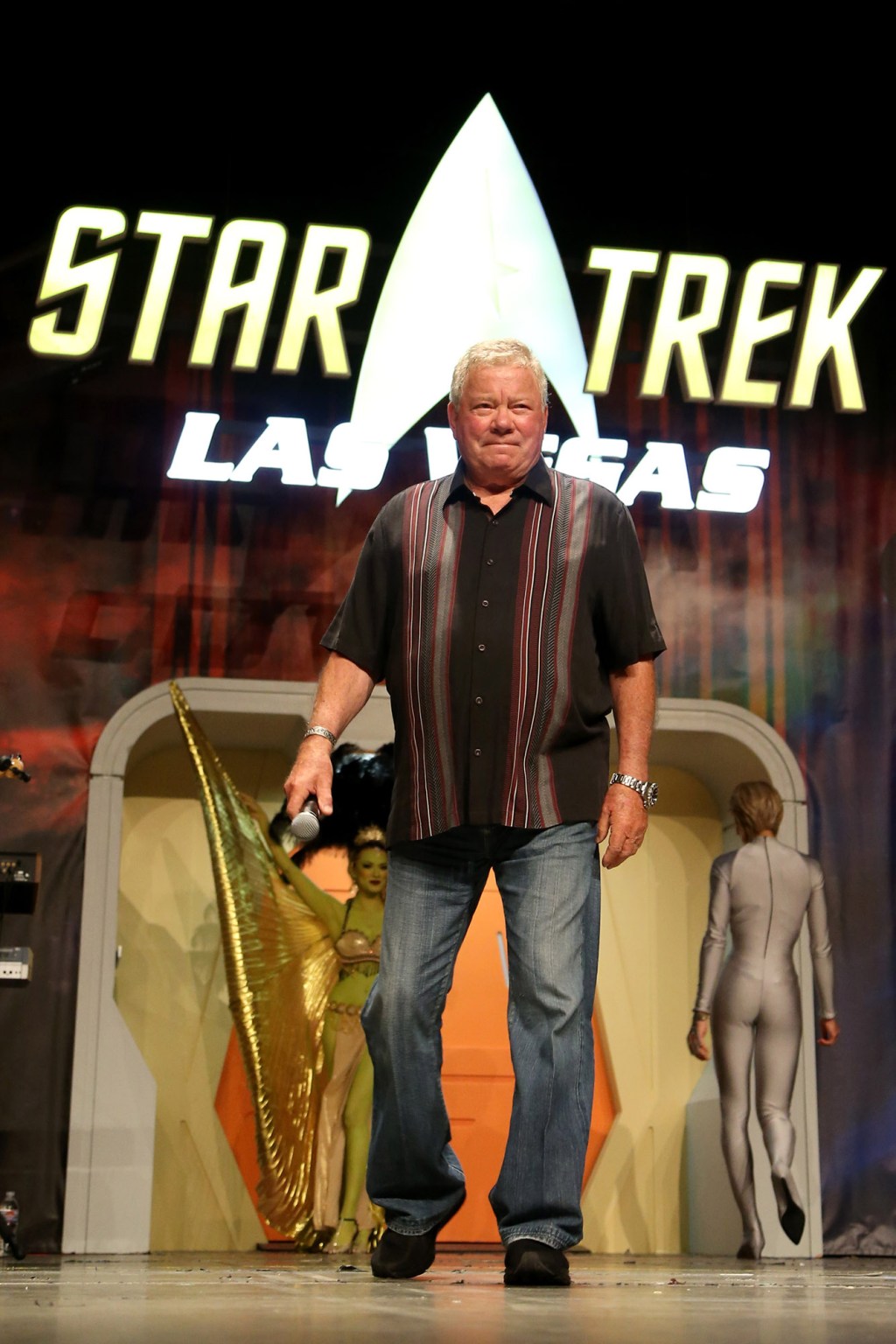 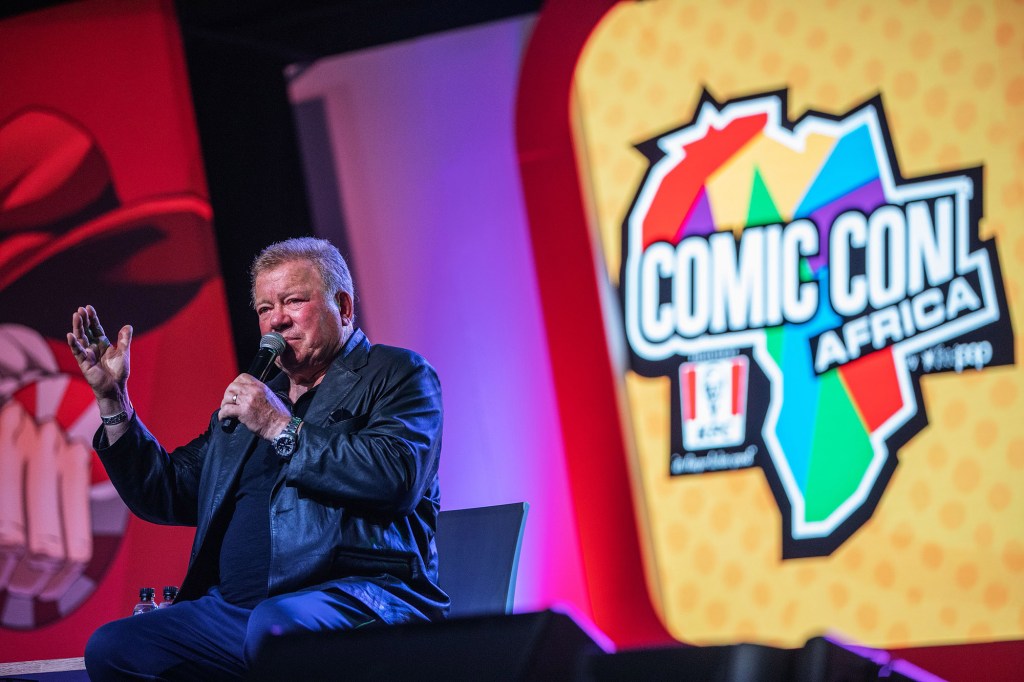 Canadian actor William Shatner, who became a cultural icon for his portrayal of Captain James T. Kirk in the Star Trek franchise, speaks from the stage at the second edition of the multi-genre entertainment comic and fan convention ‘Comic Con Africa’ in Johannesburg on September 21, 2019. 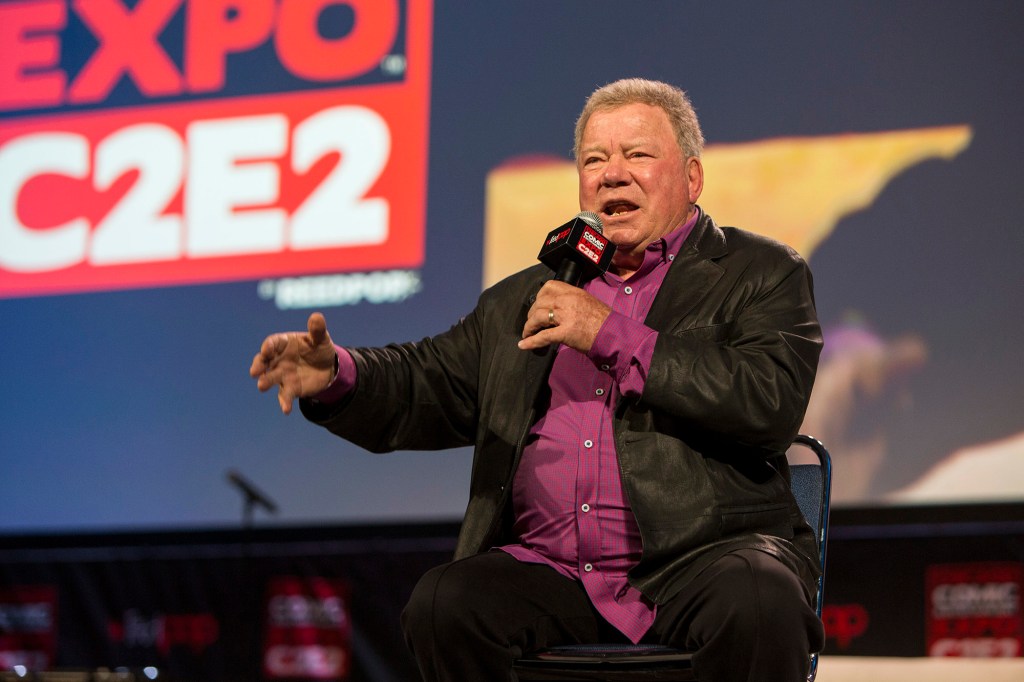 William Shatner during C2E2 at McCormick Place on March 01, 2020 in Chicago, Illinois.

Shatner calls the album “autobiographical,” adding that every song will be about an incident in his own life. He describes one in which, while on a road trip through Canada, a truck nearly hit his small car on a bridge. “It’s called ‘The Bridge,’” he said. “In life, we’re always going across a bridge, and there’s always an 18-wheeler coming at us, and there is a way of surviving.”

He’s also been focusing on a less traditional method of survival: 3-D holograms.

“I have become part of a company of 3-D — a virtual reality company — which now has the technical ability to project a 3-D figure onstage,” Shatner said of his other enterprise, adding that he dreams of one day touring the world as a hologram.

“In the very near future, all of this will be automated,” he said of tech’s final frontier. “We’ll look at each other in 3-D. It’s going to be all different. Within the next five years.”

Shatner even suggested that soon, cemeteries might have talking, artificially intelligent virtual replicas of its occupants. “You could put this on your gravestone,” he said. “And somebody comes and says, ‘Shatner! What was your favorite role, your favorite episode?’ And it’d say, ‘My favorite episode was …’”