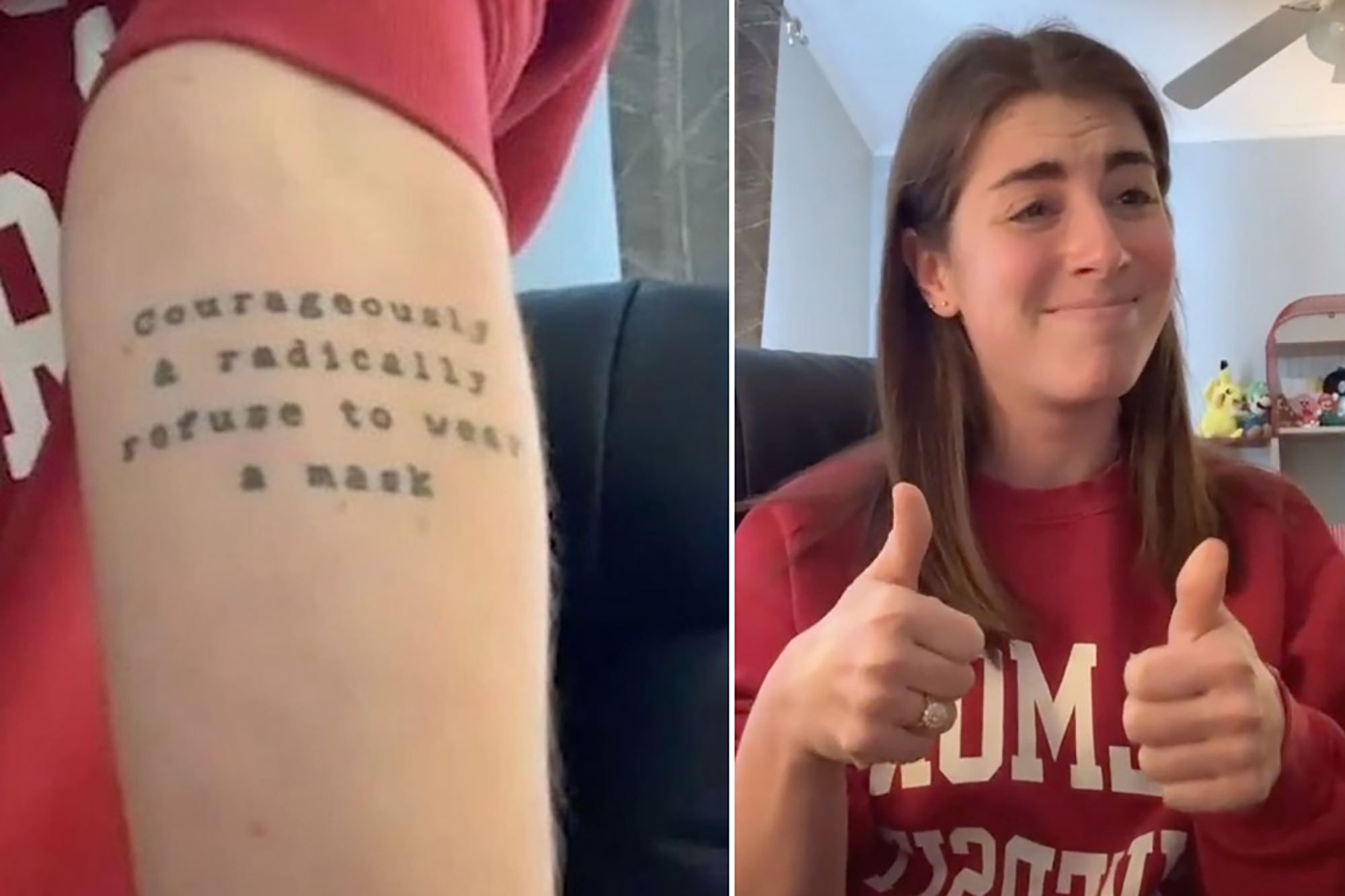 She wishes she could “mask” this permanent pandemic fail.

A TikTok user was asked what the “dumbest” tattoo she’s ever gotten, and it turns out the ink that had a profound meaning to her before COVID-19 struck is something she now regrets.

“So I got this tattoo — I’ve wanted it for a couple of years — it basically means being, like, true to yourself and real and not pretending to be something you’re not,” TikTok user @wakaflockafloccar explained in a now-viral video.

The unfortunate tat, which she got in March just before the coronavirus swept the world, reads: “Courageous and radically, refuse to wear a mask.”

She ends the clip by giving a sarcastic two thumbs up, and commenting: “I could NOT have had worse timing. P.S. I’m not anti-mask I promise.”

The post, which has now been viewed nearly 1.5 million times, garnered plenty of critical comments, including one user who asked what she plans to do now that the inking makes her seem anti-mask.

“Are you going to get it removed? Do people think you’re an anti-masker? Are you embarrassed by it? I need to know,” asked the TikToker.

“I wore long sleeves all last year so no one would see it,” she answered.

This embarrassing tat isn’t the only one that has the internet with jaws dropped recently.

An Aussie woman who said she often struggles to remember her “right” from her “left” got an “L” and an “R” tatted on her thumbs so she’d never forget again.

The photo immediately went viral, garnering over 4,000 likes in less than 24 hours.