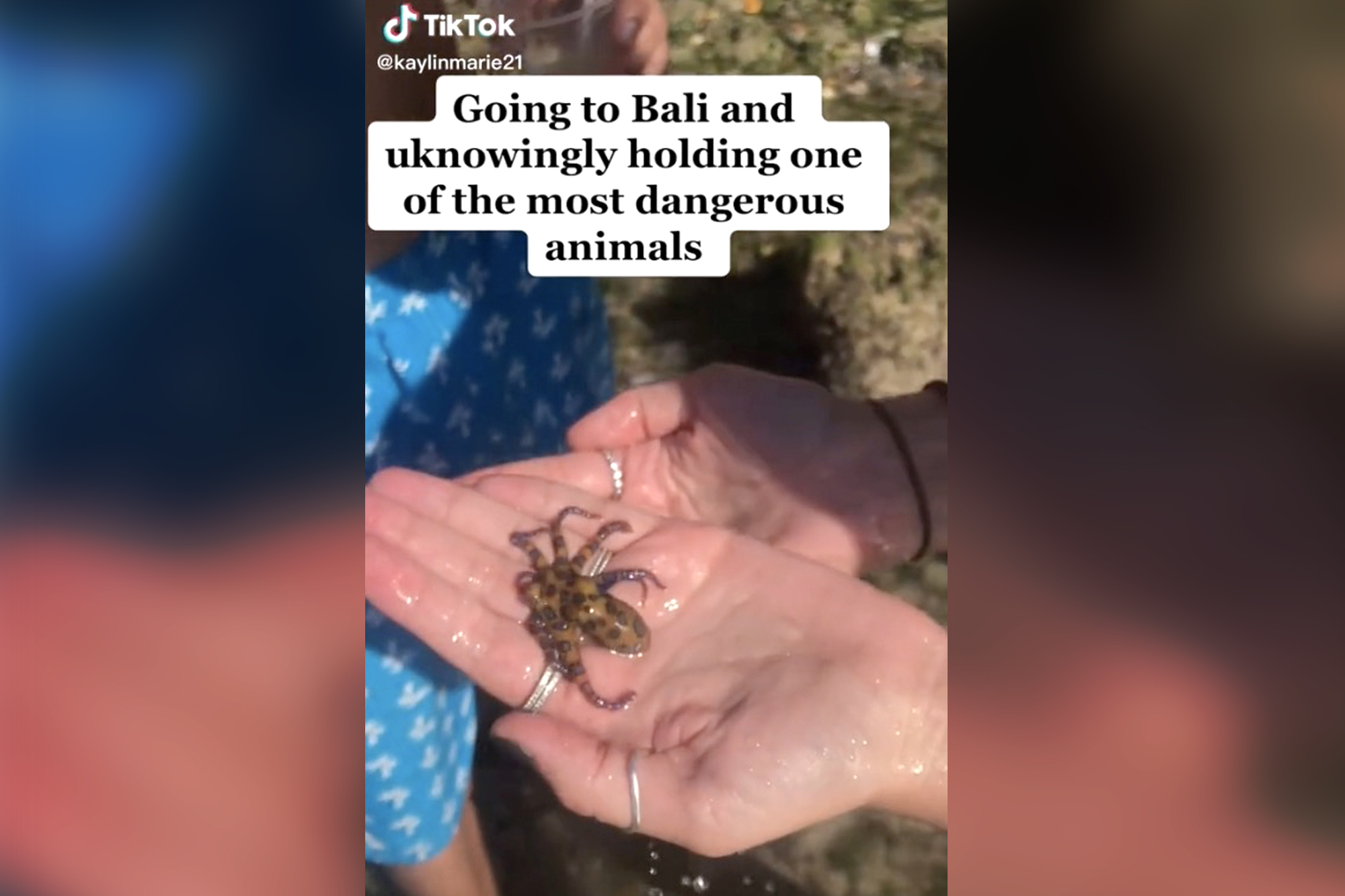 A tourist in Indonesia barely escaped the tendrils of death after unknowingly posing for a vacation photo with one of the planet’s “most dangerous animals.” A video of the harrowing encounter currently has 5.5 million views in 24 hours on TikTok.

“Called my dad crying 3 hours later,” reads the caption to the white-knuckle clip, which was posted Monday but reportedly shot three years ago while the then animal research student was studying abroad in Bali.

(It seems she should’ve studied the wildlife more closely.)

The oblivious beachgoer reportedly discovered later on Wikipedia that the seemingly innocuous mollusk was in fact a deadly blue-ringed octopus, a creature that packs enough venom to kill more than 20 humans, according to Healthline. This makes the fun-sized sea dweller — which only grows to about 4 inches long — one of the most venomous critters on Earth, alongside the box jellyfish and cone snail, CNET reported.

And while the bite itself is relatively painless, the cephalopod’s toxin can induce breathing problems and paralysis in as little as 10 minutes.

Fortunately the blue-ringed octopus won’t attack unless it feels threatened, in which its sapphire rings will glow an iridescent blue — hence the name.

Kaylin, for one, is thankful she’s “still alive,” per the clip. Especially since, as the lucky soul explained in the comments, she reportedly “held 2 of them in the same day” for 20 minutes and even tried to feed them oranges.

“You are alive only because it let you live,” said one commenter.

Another wrote, “rule of thumb in life: if it moves don’t touch it.”

Others wondered how a budding wildlife researcher could be so oblivious to the octopus’ deadly nature.

“The bright color pattern is supposed to be the warning, do they not teach that in science anymore,” sputtered one aghast critic.

Another snarked, “natural selection is on vacation.”

One astute commenter correctly pointed out that currently there is no antidote for the creature’s venom. We’re just thankful it wasn’t a blue-ringed octopus that embraced this Australian free diver a la the Oscar-nominated documentary “My Octopus Teacher.”